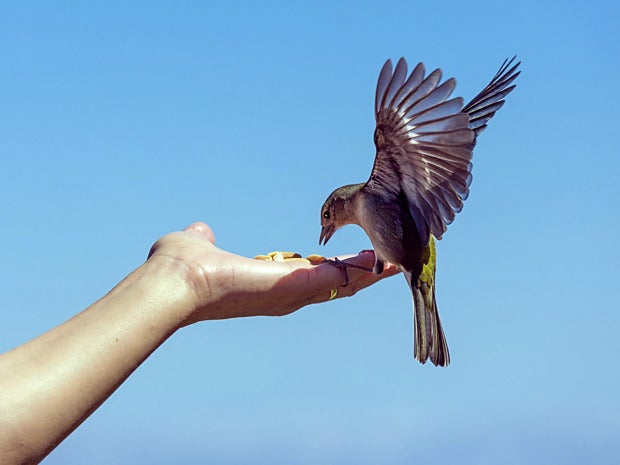 In an earlier post, I addressed the role of body language in business presentations: Do you speak body language?

As previously noted, general presence, position, orientation, quiet hands and arms and moving through space are the basics. But a presenter’s detailed use of body language has a direct effect on how they are perceived by the audience.

It’s interesting to observe that many of the physical communication habits described, in a helpful infographic on body language from Daisy Hartwell, as being indicative of dissembling or evasiveness, are the very same behaviors that often manifest themselves in nervous presenters: Body Language – From Common Signs to Spotting Lies.

So, an audience may perceive the presenter as being dishonest when in fact, they may simply be nervous or unaware of good body language usage.

It’s a natural impulse of the fearful to try and avoid movement entirely; keeping all their nervous energy bottled up inside. This is not helped by the fact that we are increasingly encouraged to step back and rely on technology to engage our audiences. We add video, audio and a variety of slide animation techniques that give our presentation decks a life of their own.

We may opt for an online presentation, synchronous or asynchronous, and avoid appearing at all. Presenters are effectively being encouraged to outsource their presentations in this way to technology.

But absence of body language is not the answer.

A presenter has to move in order to be perceived.

If nervous energy fails to find release, it recycles and builds up inside. It’ll begin to leak out in nervous ticks that can undermine your confidence and make you appear less trustworthy. A presenter needs to move in order to transform nervous energy into positive energy and radiate that energy into the audience.

If you are stuck in one place, it’s easy to fall prey to moments of acute self-consciousness. Why am I here? What am I doing? Evidently you are not doing enough. Move! Take ownership of the space you occupy.