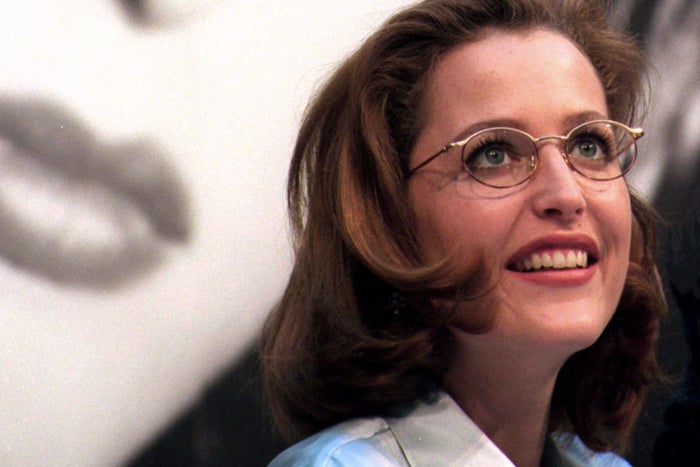 I don’t watch a lot of TV — I never have — but from 1993 to 2002, you’d find me tuned into The X-Files week after week. I loved and admired Gillian Anderson’s character Dr. Dana Scully — she was smart, focused, polished, witty, accomplished, and assertive. And she was unique as far as representations of women on TV go.

But it wasn’t just me she inspired. Recent research from the Geena Davis Institute on Gender in Media proves that Scully motivated a generation of women to pursue careers in STEM (science, technology, engineering and math). The study, which polled 2,021 respondents and was oversampled to improve the accuracy of deductions about women in STEM and The X-files viewer subpopulations, proves the existence of the “Scully Effect,” which posits that the character of Dr. Scully piqued girls’ and women’s interest in STEM and encouraged girls and women to go into STEM careers.

[ Read also: Makeshift Society uses comedy to tell an important story about women in tech. | Get the latest career insights by signing up for our newsletters. ]

The research “measured the ‘Scully Effect’ in three different ways: 1. influence on attitudes toward STEM, 2. influence on STEM behaviors (studying and/or working in a STEM field), and 3. views on Dana Scully as a role model.

“We found statistically significant outcomes for each that confirm the ‘Scully Effect.’ When it comes to attitudes toward STEM, regular viewers of The X-Files have far more positive beliefs about STEM than other women in the sample. Moderate/heavy viewers place a higher priority on encouraging girls and women to go into STEM than non/light viewers, and nearly two-thirds of regular viewers say that Scully increased their belief in the importance of STEM.

“Beyond attitudes toward STEM, the ‘Scully Effect’ is also found in behaviors relating to STEM. Women who regularly watch The X-Files are significantly more likely to have considered going into a STEM career, majored in a STEM field in college, and worked in a STEM profession. Among women who are familiar with Scully’s character, half of them say Scully increased their interest in STEM. A vast majority of women who are familiar with Scully’s character on The X-Files say she is a role model for girls and women, and nearly two-thirds of women who work in STEM say that Scully served as their personal role model.

“When asked about the impact of Scully’s character, most women in the sample agree that Scully is a strong, smart, and intelligent character who increased their confidence to excel in a male-dominated profession. The findings of this study confirm what previous research has established: that entertainment media is influential in shaping life choices.”

That last point is especially important, I think, because despite #meToo and #TimesUp, media representation of women (especially black, Hispanic, Latinx, lesbian, queer, trans women, and most especially women in STEM) is really lacking. While Anderson’s Dana Scully arguably paved the way for the success of characters like Dr. Temperance “Bones” Brennan, Firefly’s Zoe Washburn and Kaylee Frye, as well as more contemporary characters I love, including The Expanse’s Dominque Tipper as Naomi Nagata and Mr. Robot’s Darlene, shows like Silicon Valley and The Big Bang Theory still perpetuate the notion that STEM in general and tech in particular is a “boys club” and that “adorkable misogyny” is harmless and humorous.

As Marykate Jasper writes in The Mary Sue:

“This sort of portrayal has some scary implications, since — as [The Big Bang Theory series creator and narrator] McIntosh points out — in the real world, misogyny and sexual harassment aren’t harmless. They push women out of politics, out of certain industries, and off of social media platforms.

“And when it comes to the misogyny of nerds in particular, many traditionally ‘nerdy’ industries — like tech, astronomy, and the sciences — are just as plagued by toxic sexism as ‘alpha-male’ industries like banking. Just because a man isn’t strong enough to punch you, it doesn’t mean he can’t screw with your career, create a toxic workplace, or harass you on the internet. And when our media landscape suggests that this brand of sexism isn’t ‘that bad,’ it makes it harder for women who speak out about harassment to be believed. It makes it easier for men like James Damore to pretend that the sexism in the tech industry couldn’t possibly be toxic enough to account for the gender gap in software engineering. In short, it makes it easier for men to get away with sexism.”

And it can make women even less likely to consider careers in their fields in the first place or make them even more likely to leave because of the toxic environment. It’s one reason Serena Schuler is creating Makeshift Society, her pilot about a woman tech entrepreneur who strikes out on her own after enduring harassment.

I’m encouraged to see more powerful women characters in the Scully mold on television — the aforementioned Naomi Nagata and Darlene Alderson, but also Chloe Bennet’s Daisy Johnson, Elizabeth Henstridge’s Jemma Simmons, and Ming-Na Wen’s Melinda May on Marvel’s Agents of S.H.I.E.L.D. And I can’t wait to see Schuler’s Makeshift Society bring even more amazing, inspirational women to the small screen. I hope these characters will do as much as Dr. Scully did to encourage girls and women in technology and STEM fields — because if you can see it, you can be it.