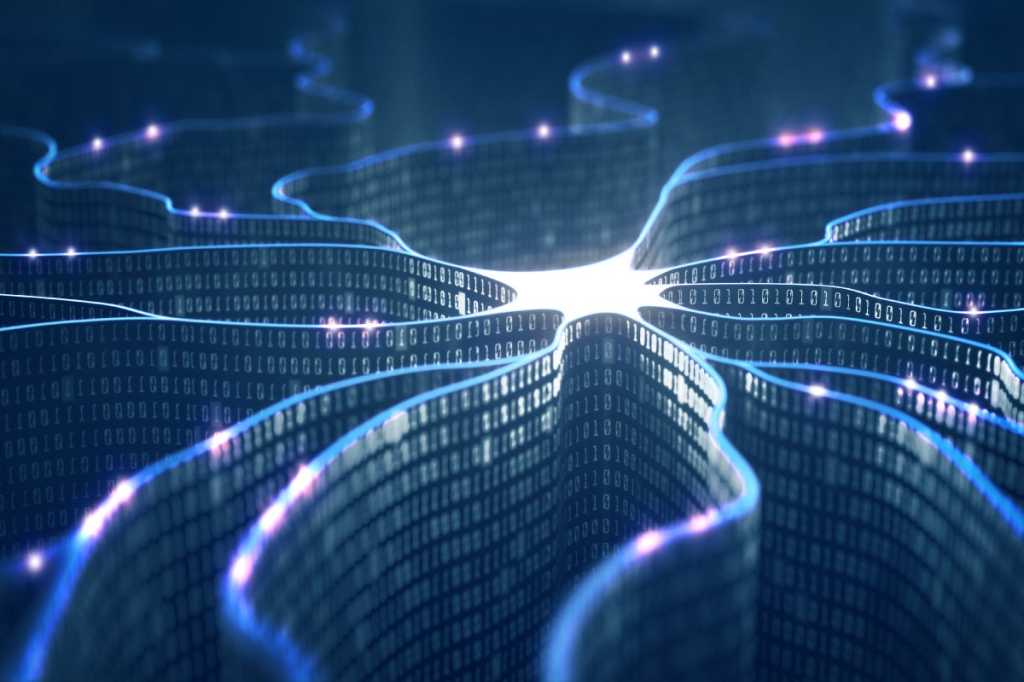 To turn things around, one of the things the company is focused on is technological improvements, CEO Thomas Fallon told investors earlier this year.

“In addition to increasing our go-to-market focus, our restructuring was about putting an organization in place that ensures both faster product delivery in the near-term and perpetually differentiated technology over the long-term,” he said. “We are making progress on this front.”

To do so, the company is turning to artificial intelligence, as one of the areas it is targeting is supply chain management (SCM), where Infinera will be using machine learning to make better predictions about delivery dates by analyzing past variability in production lead times and logistics provider performance.

[ Cut through the hype with our practical guide to machine learning in business and find out whether your organization is truly ready for taking on artificial intelligence projects. | | Get the latest insights with our CIO Daily newsletter. ]

“We want our sales team to be able to quickly determine current availability of products for pending quotes and orders, and we want to be able to instantly consider many more factors and constraints while making scheduling decisions,” says Todd Tuomala, the company’s senior vice president for information technology.

The predictive impact of AI

Infinera’s first supply-chain AI pilot project will go live in the middle of this year, Tuomala says, starting with one manufacturing plant. “We also want to provide availability information to our sales team and customers for all products before the end of the year.”

The use of machine learning will speed up the company’s ability to make scheduling decisions, he says. In addition, it will allow the company to consider many more factors than it is currently able to do.

Companies have been getting usable predictions from their supply chain management systems for 30 years, says Monte Zweben, CEO and co-founder at Splice Machine. But it’s only recently that the data infrastructure is there to accurately predict things like delivery times, he adds.

“If you’re a large manufacturer of network equipment, and you have sales people out trying to sell these large systems, invariably what happens is the sales people are asked, ‘Can you get the order to me by this date?’ And in most companies, even today with the best ERP system out there, sales people are relegated to saying, ‘I will go check and get back to you.’ That’s an opportunity for the customer to go somewhere else and get a competing quote on the order — after all, they have to wait, anyway,” Zweben says.

By having the information available in real time, the sales team would be in a position to negotiate with the customer. Maybe one of the line items isn’t available by the required date, but the others are. “And that’s a whole different process,” he says.

But predicting deliveries is much more than just being able to pull up the manufacturing and shipping schedules. With smart supply chain management technology, companies can look at historical shipping times and manufacturing details, and combine that with external data feeds like weather reports.

Infinera has an advantage when it comes to deploying this technology because it has a vertically integrated business model. For other companies, leveraging AI technologies for the supply chain is a trickier process.

“It may seem like the most basic issue, but the fact remains that more than 50 percent of information exchanged between business partners still travels by fax, email or phone,” says Mark Morley, director of product marketing at OpenText, an Ontario-based enterprise information management vendor.

As a result, logistics isn’t the first area companies think of when they look at deploying AI technologies.

According to a recent Forrester survey of global decision makers, use of AI in SCM lags far behind marketing, product management, and customer support. Only 13 percent of companies report that logistics is the area of their organization that is leading or evaluating the investment and adoption of AI systems.

Supply chains typically involve large numbers of outside partners, some of whom may be farther behind technologically than others. In addition, there are data quality and interoperability issues, experts say.

Before applying advanced analytics and machine learning algorithms to supply chain data, companies have to collect that data in the first place — from their manufacturers, distributors, resellers and suppliers, says Boris Evelson, vice president and principal analyst at Forrester Research.

But that’s not to say that companies aren’t trying to solve this problem.

“Every client we talk to, in the Fortune 400 segment, are all interested in understanding, exploring and proof of concept,” says Frank Meerkamp, managing director for applied intelligence at Accenture. “There are a lot of opportunities for AI in supply chain management.”

Companies in the consumer product space are at the forefront, because they have a lot of pressure on margins, he says.

It’s not just hype, he adds. “Yes, there is a lot of hype, but I also think it’s a positive thing. We need the hype to get people moving. I think we are at the beginning of the journey.”

For consumers, one of the most obvious uses of artificial intelligence is with personal assistants like Siri, Alexa, and Google. These chatbots bring together search, voice recognition and natural language processing, all powered by AI.

The same approach can be used to create virtual agents that can help companies more easily pull information from ERP systems, says Meerkamp. That’s going to be common within the next decade or so, he says.

Another common use of AI is for image recognition. That can play a role in inventory management, says Jason Goldberg, senior vice president of the commerce and content practice at SapientRazorfish.

One example of this in practice is the Amazon Go store, he says. Target has also been testing using a robot with a stereoscopic camera to roam store aisles and take inventory. Walmart recently expanded a similar pilot project to 50 stores. “It’s more critical than ever that retailers have accurate in-store inventory, and computer vision is emerging as a primary technology to do so,” he says.

Setting prices is also an area where artificial intelligence technologies can help, says Nolwenn Godard, director of pricing product at PayPal. That includes price optimization and automation of price execution.

The technology will also help improve human productivity, she adds. “The combination of human intelligence and AI and automation can translate into time saving, reduced operating expenses and the elimination of manual errors. Employees will be able to shift their focus to non-routine, analytical and creative tasks — while still being assisted, augmented, by AI for these activities.”

IoT will add fuel to the AI drive

By itself, artificial intelligence is a powerful and transformative business technology. But it goes into overdrive when combined with the internet of things (IoT), according to OpenText’s Morley.

“You effectively get an autonomous supply chain,” Morley says. “It can make supply chains almost become self-aware, self-governing and self-determining.”

ABB, one of the world’s largest engineering companies, has been looking into doing just that.

“We have research centers at ABB looking at artificial intelligence and machine learning for the last five to seven years,” says Satish Gannu, the company’s CSO.

For example, ABB has been building an IoT platform called ABB Ability.

“Typically, what we hear from customers is about conditioning monitoring and predictive maintenance,” he says. “They want to know when something will go wrong, and how long an asset will end up lasting. And when we know that something is going to fail, we can tie that into the spare-parts ordering system.”

That means that customers can fix problems before they lead to shutdowns. “At the end of the day, it’s all about helping the customer, keeping their production running,” he says.