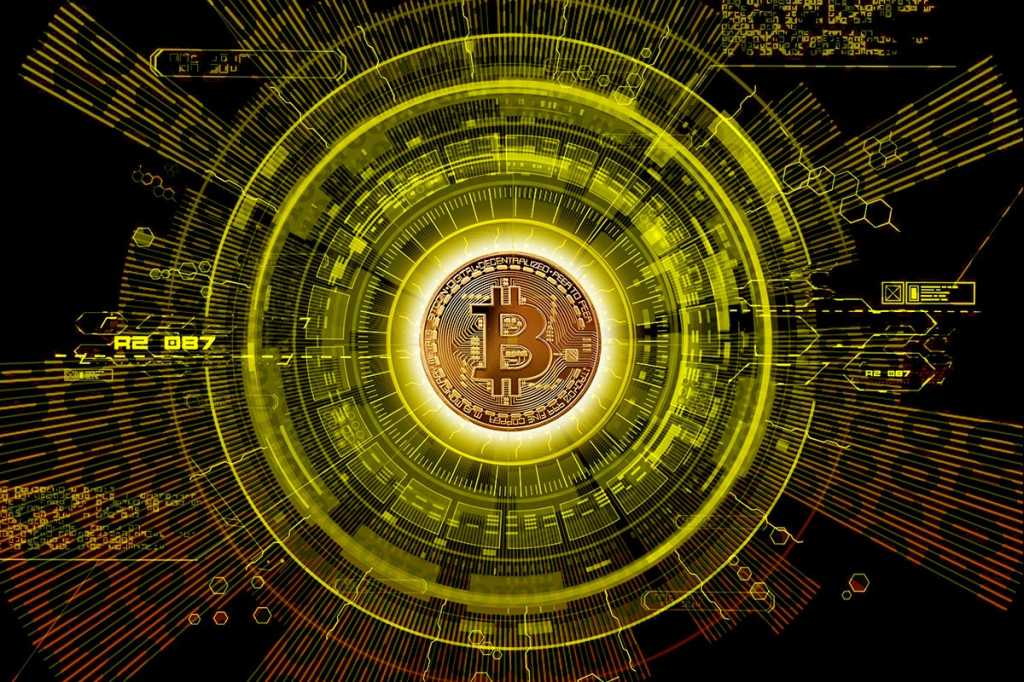 A well-meaning cancer, but a cancer nonetheless.

And I’m not speaking metaphorically here, either. I mean Bitcoin is literally a cancer foisted upon the world. Think I’m talking crazy? Okay.

First-off, let’s review how cancer works: cancerous cells are those that start off as regular cells but then their DNA mutates for one reason or another. And once that happens, the cells go crazy. They stop regulating their own growth and proliferate throughout the body. This is exactly the case with Bitcoin. And I don’t mean to suggest that Bitcoin is proliferating as a currency—that it’s becoming more mainstream—because that might be a good thing. And I’m not talking about Blockchain either, the technology Bitcoin relies upon, though in this recent episode of my podcast, Device Squad, my guest, former Bitcoin Armory Engineer, Andy Ofiesh asserted Blockchain has zero application to the enterprise due to its inherently cumbersome nature.

So just how is Bitcoin a cancer? Let us count the ways.

How do new Bitcoins come to be? New Bitcoins are birthed through a process called “mining” (Andy and I talk about Bitcoin mining in this episode of the Device Squad podcast.). Simply put, miners compete to find the lowest hash function, a number that represents all recent (but not confirmed) bitcoin transactions that occurred since the last hash was found. To even be eligible, the number must start with a certain number of zeroes. When that number is found, it locks all the new transactions into a bitcoin block, which gets added to the permanent record of all previous transactions. Hence: blockchain. This occurs about once every ten minutes. A nice explanation may also be found here.

But how does mining happen? Mining requires very expensive, very fast computers that typically use high-speed video cards. And now, due to the rising price of bitcoin, the competition for mining bitcoin is intense. Consequently, miners are constantly building faster machines to improve their chances of finding a hash function. Side note: the practice of bitcoin mining is also hurting the PC gaming community since manufacturers take advantage of rising bitcoin prices by raising the prices of the cards. Worse yet, these video cards become obsolete almost immediately as faster and faster technology is released. So where do the ‘outdated’ machines go? Many are simply discarded and wind up in landfills. More environmentally-conscious miners might drop them off at a thrift store for the tax write-off. Here’s links to a couple of machines donated to Goodwill: Bitmain Antminer S5 ASIC Bitcoin Miner, Bitmain Antminer S7 ASIC Bitcoin Miner. And here’s another one on Craigslist, which leads us right to #2:

In case you missed it, here’s the content of the above Craigslist ad:

“Fully working Bitmain S7-LN ( this is the low noise home miner version of the S7) Plugs directly into 110v outlet using the built in 1000 watt gold power supply. Great for beginner, hobby , miner since these are quiet and easy to maintain. Also provides extra heating during the winter months. Can deliver within the Cambridge area, or meetup in a dunking donuts or Starbucks. $750 cash or will take crypto currency too.”

Notice anything strange? You can deduce from the “1000-watt gold power supply” and the fact that the miner “provides extra heating during winter months” that this thing uses a lot of energy (presumably 1000 watts worth), solely for mining bitcoin.

Bitcoin mining uses A LOT of energy. As in, an ungodly amount. And this amount is only increasing as the machines for mining bitcoin continue to get faster and faster and the competition becomes ever more fierce as a result. Take a look at Digiconomist’s Bitcoin Energy Consumption Index and you’ll see what I mean. As the price of bitcoin takes off, so too does the amount of energy consumed. As of May 7th, Bitcoin’s estimated annual electricity consumption is 65.45TWh, up from 12TWh a year ago. What the heck is a TWh? It’s a Terawatt-hour. So, let’s put this in terms you’ll understand. This number is approximately equivalent to the electricity consumed by the entire Czech Republic: population 10.56 million! In fact, according to Digiconomist, a single bitcoin transaction uses enough electricity to power 28.7 US households for a day. Not to burst your bubble, but Eric Holthaus of grist predicts that “By February 2020, [the bitcoin network] will use as much electricity as the entire world does today.”

Bitcoin aficionados like to dream of a world where a decentralized currency reigns supreme, not beholden to any bank or central authority, and ruled by the people themselves! Sounds good, right. Only hold on. Since Bitcoin is such a total wackadoo idea the price goes up and down by thousands at the drop of a hat, or slip of the tongue (such as when Berkshire Hathaway CEO, Warren Buffett recently called it “rat poison squared” and Bill Gates said he’d bet against it if he could. Further, the fact that most people who invest in it have no idea how Bitcoin works, the opposite is true when somebody announces a change to the protocol, or rather, when an announced change doesn’t happen, such as when the SegWit2x fork got cancelled. You have no idea what that means, right? Of course not. Neither did I until Andy explained it to me.

In short, Bitcoin’s extreme volatility means nobody will ever spend it on anything so long as it might be worth twice as much tomorrow (who want to pay $40 for a pizza?) and nobody will ever accept it so long as it could be worth half as much tomorrow as it is today. Everybody’s just hanging on to it, in the hopes the price will start to skyrocket again. That said, a list of companies who do accept Bitcoin can be found here. Ironically, the list includes bloomberg.com, Domino’s, Microsoft, and San Jose’s professional soccer team, the San Jose Earthquakes.

However, there is one group for whom Bitcoin will always be appealing, no matter what happens to the price, and that group is criminals. Specifically, hackers. According to cybersecurity firm Malwarebytes, in the summer of 2016, ransomware was already so prevalent that 40% of companies surveyed had been targeted worldwide. As you’ll recall, last year’s WannaCry ransomware attack took over your computer and demanded payment in Bitcoin to get the files back. Why did the hackers demand Bitcoin? Because since there’s no bank or credit card company involved, Bitcoin provides some serious anonymity. In fact, Bitcoin may be stored in virtual wallets identified only by a number.

“Where the ends are illicit, the means almost always involve bitcoins,” asserts Simon Usborne of The Guardian. The dark web—a parallel internet of heavily encrypted networks where identities are easily hidden—practically runs on it. One such black marketplace was AlphaBay, where users could purchase drugs, prostitutes, and so much more (shutdown by Law Enforcement July, 2017). It’s a virtual Tangier! Plus if you’ve got the chutzpah to actually slink into the dark web (wherever that actually may be), you’ll find you can use a Bitcoin laundry system (which itself sounds like a criminal enterprise) to make your coin untraceable.

And guess what? The more the price of Bitcoin goes up, the greater the incentive to unleash some new ransomware upon the world! But that’s not all! Bitcoin is also perfectly suited for any illicit application where anonymity is key, including software piracy, gambling, illegal weapons purchasing, money laundering, you name it! cancer much?

Lastly, should the world eventually decide Bitcoin is just too much of a bad thing, for all its energy-hogging and crime-facilitating, there’s literally no one person in charge. Bitcoin’s supposed creator, Satoshi Nakamoto, probably doesn’t even exist! That’s right. Nobody knows who he is, or even if he is. He’s just like Banksy that way. He may even be Banksy. Most likely, however, the name represents a group of people, none of whom wanted to attach their name to this cancerous monstrosity. Or he/she may simply be an alien hell-bent on destroying the Earth, one Bitcoin at a time. As with the Tootsie Pop question, the world may never know.