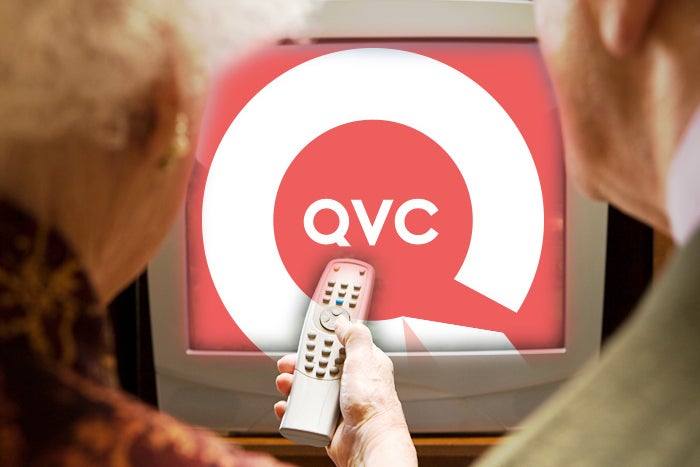 The idea of selling goods directly to consumers on television may seem quaint in the age of ecommerce, but not to QVC, which today provides televised home shopping to more than 350 million households in seven different countries. It may seem quaint, but it is in fact a sophisticated data-driven operation that leverages real-time streaming analytics to help it make decisions that it can act upon within moments.

Since 1986, QVC has been a fixture on American cable, broadcast TV and satellite TV networks, competing with rival Home Shopping Network to sell goods via television. It found its home on the internet with QVC.com in 1996, just two years after the launch of Amazon.com. The company has always been driven by real-time data.

The addition of QVC.com in 1996 was a welcome addition to the company’s channel mix, Goodnough says, noting that it allowed the company to move from selling one item at a time to as many items as the company desired at any time. Over the years, digital has steadily increased as part of QVC’s sales mix, to the point that 52 percent to 56 percent of sales are now through the digital channel, Goodnough says. And that has resulted in a shift in the way QVC leverages its platforms.

“We now use TV as a marketing channel to increase digital sales of items,” Goodnough says. “If we see a trending item on QVC.com, we might have hosts and guests make a mention of that product. We’ll then see a serious lift.”

For years, those insights came slowly. It might take the analytics team a day to glean insights from the digital channel that could then be applied to the television channel. In 2015, the company set out to change that with Data Analytics Response Technology (DART), an analytics platform that pulls in streaming data from both the website and calls, as well as historical company data, social media data and more to provide insights.

DART operates as a read-and-react model, designed for real-time tracking. It extracts insights that allows QVC to create new broadcast and digital content in the moment. It allows QVC to crowd source customer feedback on a 24/7 basis and leverage the data across all of its business platforms. Goodnough says the cross-functionality is helping QVC provide an optimized, multi-channel customer experience.

Since its inception, DART has helped QVC achieve the following:

“Because we’ve been a real-time business from day 1, being able to harness that real-time read and react across our platforms was immediately embraced,” Goodnough says. “It’s really changed the way the entire company looks at the business.”

For instance, DART can identify a large spike in zero-results search terms. Maybe site users suddenly start searching for Himalayan salt lamps, but the website doesn’t carry them. The QVC team can spot that trend and immediately react. Likewise, if the company detects that a particular product is trending, it can move to highlight that item on the TV channel, its website or through email promotions.

“Getting that communication between what’s happening on the DART side and what’s happening in the studio is very much a two-way process,” Goodnough says. “DART is a much more real-time, accurate forecast of how the business is going to do that day. We can make relatively quick changes on what’s selling.”

A change in the weather triggers sales

The company is also using its analytics capabilities to better target geographical locations. For instance, by tracking weather by geographical locations, it can do things like highlighting umbrellas in the Southeast and California during the recent periods of heavy rain there. The company was immediately able to divert marketing dollars to those markets to increase sales.

As a result, the company was able to sell more than 169,000 units of a particular umbrella in a daily sale in February.

Goodnough says that part of the success of DART is that the goal is to support human analysts and their intuition rather than supplant them.

“We do not want to take human judgment and intuition out of the equation,” he says. “We think one of the beautiful things about DART is when you take that business analysis and combine it with judgement from an expert in their field, you get a better result than you would from simply the algorithm. It’s a better outcome than either entity could reach on their own.”

QVC tried to outsource development of its analytics system but ultimately made the decision to bring development in-house.

“It had been about a two-year process of working with a number of different digital data vendors,” Goodnough says. “As we talked to them, real-time provision was always a component. But it always got carved off into a separate discussion. It required much deeper and more dedicated work to get there than standard syndicated data packages.”

In particular, he says, the problem tended to coalesce around how data would be conveyed.

“Working with data vendors, there’s always some level of syndication of data,” he says. “There’s always a larger number of nodes to how that data is conveyed — QVC to the vendor and back to QVC — that are not conducive to real-time. We needed a lower degree of latency than going external would impose.”

Instead, he says, DART was the brainchild of a member of QVC’s IT team and a member of its Consumer Insights team that happened to sit together at a conference.

“It was about a three-month initiative from ideation to execution,” Goodnough says. “It was all about tapping into transactional data flows very quickly. Once we were able to tap into those dataflows, it was immediately apparent that we had an embarrassment of riches.”

A lot of the coming year is going to be about additional API integration for real-time data sources, he says.