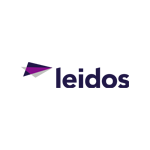 Despite its potential to provide a more effective security posture for a host of commercial and government applications, biometrics is often misunderstood, thanks in part to the stuff of Hollywood blockbusters and science fiction novels.

From the early fingerprint scans used by James Bond to the Minority Report’s Tom Cruise character replacing his own eyeballs to avoid identification via iris scanners, the most extreme biometric fears typically involve identity information used for nefarious purposes.

Yet there are other misconceptions surrounding biometrics related to cost, privacy, and even fear of physical harm. These common myths can cloud an organization’s ability to see the full potential of biometrics to dial up defenses at a time when state-of-the-art security measures are more critical than ever.

Consider one of the more common biometrics myths—that the technology impinges privacy and promotes information over-sharing. Thanks to unrealistic and overly simplistic depictions in the movies, many believe a fingerprint or an iris scan can open a Pandora’s box of secret data. The truth is, if deployed properly, biometric solutions can enhance secure access to critical information.

There is similar argument for concerns about biometrics and privacy violations. With the right protections to ensure applications conform to pertinent legislation, biometrics will enhance privacy by providing more secure and controlled access to personal information.

Similarly, while there have been isolated reports of biometrics spoofs—attackers stealing fingerprint data from mobile devices or mimicking a person’s voice, for example—the idea that biometrics puts people at greater risk of identity theft is another misguided concern. In truth, biometrics is far harder to attack than traditional identification documents and passwords, which can easily be copied, lost, or stolen. Moreover, there is negligible risk of false identification with biometrics, which are far more accurate for high-security applications in areas like border control or building access.

There are also misconceptions around the cost of biometrics. Many people equate biometric technology with expensive and overly complex high-tech equipment, assuming the combination puts a solution out of range for budget-conscious businesses or government agencies.

On the contrary, prices on different biometric solutions are trending down, and vary depending on application and demand. Because fingerprint readers used on smartphones and laptops are produced in very high volumes, they are typically less costly than other sensors such as iris sensors, which also require an infrared illuminator. Organizations should select the appropriate biometric modality based on a variety of factors, cost among them. There are also cloud-based services that can reduce the upfront cost and complexity of implementing the technology.

No longer the stuff of science fiction, today biometric solutions are real and widely accessible. That means the time has come for organizations to cast common myths aside and consider addressing the challenges of modern-day security with any number of efficient, cost-effective, and high-performance biometrics options.