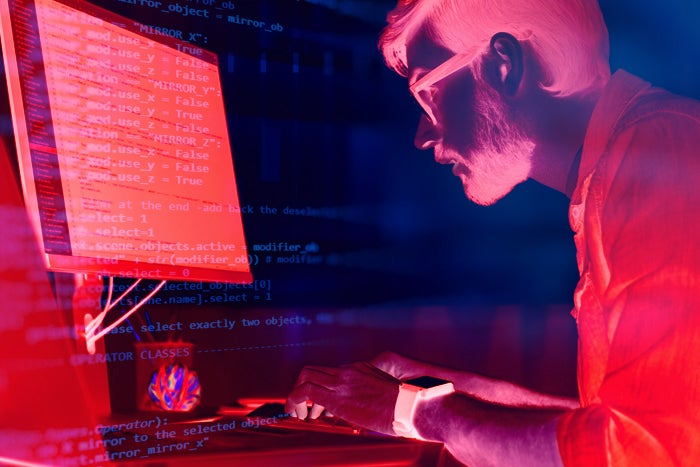 Trying to land a new job or angling for a promotion? Recruiters and hiring managers are always on the hunt for ideal candidates with just the right mix of tech savvy, experience and soft skills to give their organizations a competitive advantage. But all technology skills are not created equal.

HiringSolved’s artificial intelligence software, RAI, aggregated data from over 10,000 public social profiles to determine which technology skills were most likely to result in a person’s being hired or promoted. Based on this data, HiringSolved reveals which technology skills are most in-demand for the 2017 job market, so you can focus on the ones that will get you hired or promoted.

A high-level, general-purpose programming language introduced in 1991. Python has become a core language for data science and continues to be a mainstay for back-end web application development.

Java is a general-purpose, high-level programming language that was developed with as few implementation dependencies as possible. It’s consistently one of the most used languages in e-commerce and back-end, server-side business applications, as well as the foundation of most Android applications, because its “write once, run anywhere” capabilities allow it to be used across multiple platforms.

This meta skill around cloud computing, which provides shared computing power, services and infrastructure on-demand, allows for building and maintaining cloud-based applications that can be deployed quickly and scaled elastically.

[ Related story: Why AI careers can start with a degree in linguistics ]

The Unix-like computer operating system built under the model of free and open-source software and application development, is the preferred operating system for open source engineers and programmers. Today, Linux forms the backend of most of the top 100 websites.

The high-level, dynamic, untyped and interpreted runtime language of interactivity on the web, with more lines of JavaScript written each day than many of the more well-known, top languages like Java or Python.

The domain-specific programming language standard for storing and retrieving data in an application, SQL — or, Structured Query Language — is the main pillar of the relational database systems (RDBS) that most apps are built on.

This older, mathematics manipulation language with roots as far back as the 1980s is devoted to applied mathematics and used heavily in science and engineering; with big data dominating headlines, it’s no surprise it’s seeing a resurgence.

All webpages and many applications use HTML to define the content within a page, making it a required skill for doing almost anything that touches the web or displays web-formatted information. The most current version is HTML5.

A stable and versatile scripting and data extraction language, Perl’s traditional popularity and presence in legacy web code is the main reason why it’s still a requirement for many jobs.

[ Related story: 6 Leadership qualities to look for when hiring ]

A relatively new language — less than 10 years old — created by Google with a reputation for processing speed and low latency. Because of these qualities, it’s great for networking and web servers, stand-alone command-line apps and scripts. It’s not well-suited, however, for desktop or GUI-based apps or system-level programming.