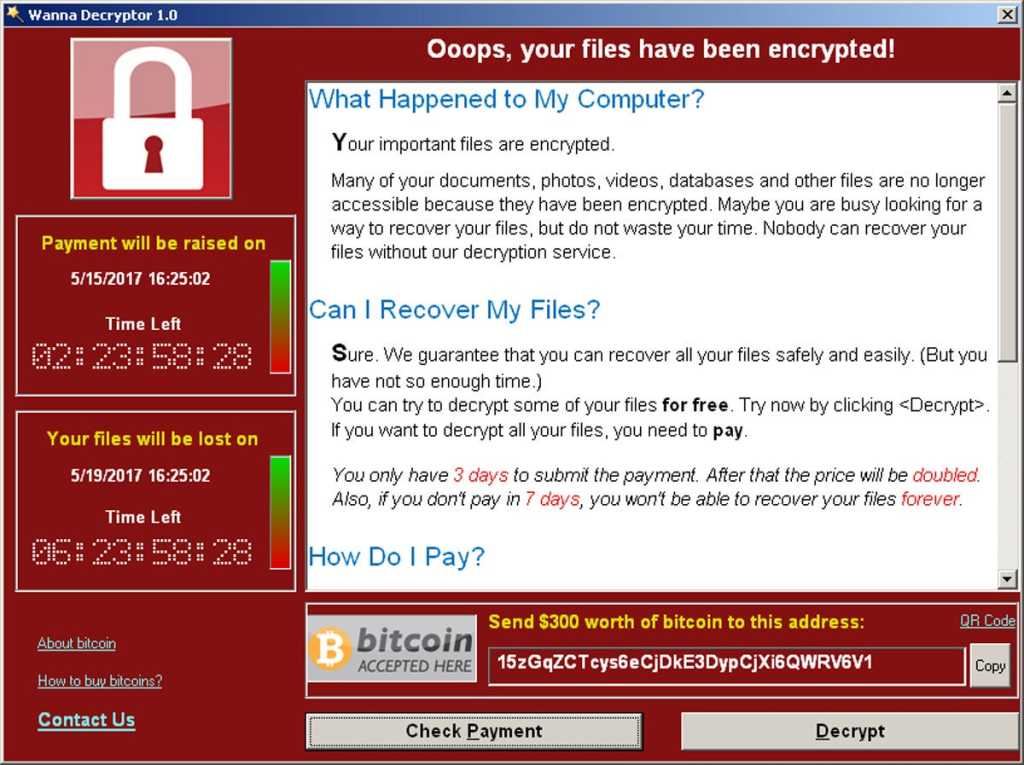 The recent WannaCry ransomware attacks on Windows systems have generated worldwide headlines and caused quite a lot of fear among users of all operating systems. Even some Mac users have been wondering if their computers are safe from such attacks.

[ Related: 8 ways to manage an internet or security crisis ]

So are Mac users safe from ransomware attacks?

A writer at 9to5Mac recently considered the question and warned Mac users not to become complacent despite the fact that Windows is still the #1 target for ransomware attacks.

For consumers and businesses, it needs to be a reminder of the importance of keeping operating systems updated – and all data backed-up more than once. Windows may be the primary target, but Mac malware is growing – which includes ransomware.

McAfee said recently that Mac malware grew 744% last year. Most of it was adware, which is an irritation rather than a threat to data, but not all of it.

In January, we saw an attack which hijacks Safari and the Apple Mail app to cause Macs to crash and a separate attack that captures screenshots from them. In February, a Word macro specifically aimed at Macs allowed arbitrary code execution capable of anything from keylogging to webcam captures. In April, a fake macOS update allowed an attacker to spy on all Internet usage, including secure websites. In May, malware disguised as a Flash updater made its way from Windows to Mac, and a Handbrake mirror got hacked to allow a malicious version to be installed.

In case you thought I’d forgotten to include something from March, that was a doozy. That was when we learned from Wikileaks that the CIA has a hacking unit devoted to iOS malware and has lost control of most of it. Indeed, governments are probably the biggest customer for zero-day exploits, and have the biggest teams working on discovering new ones. The WannaCry attack itself uses an exploit developed by the NSA.

As you can tell from Ben’s post, the answer is clearly no. macOS users are not completely safe from ransomware attacks. One can say that we are somewhat safer than those using Windows, but that’s just reducing the question to a matter of degree.

All operating systems have security vulnerabilities

Ben’s post just underscores the fact that all computer operating systems have vulnerabilities of one kind or another. No operating system is totally immune from such problems.

Windows, of course, remains one of the most widely used operating systems in the world. And older versions of Windows often aren’t patched regularly and thus provide an extremely attractive target for hackers.

But even macOS can be successfully attacked, and Mac users should never become complacent about security. Like any other computer user it is incumbent on us to make sure that our systems are kept strictly up to date and that we adhere to the best security practices possible.

macOS: How to avoid or remove ransomware

So how can you avoid having your Mac become infected by ransomware? A writer at Macworld has some very helpful tips, and he also has some advice for what to do if you do become infected.

With the outbreak of WannaCry crippling the world’s computers, Mac users might be wondering what they can do to protect themselves from ransomware, and how to fix things if they get hit. Here’s everything you need to know about detecting, avoiding and removing ransomware on Macs.

This is one of several in-depth Macworld articles dealing with Mac security. If you’re looking for AV buying advice, read our roundup of the Best Mac antivirus and Do Macs get viruses?; general advice can be found in our Mac security tips; and those who have been hit by a virus should try How to remove Mac viruses.

There are several things you can do to protect your Mac against ransomware:

4. Always ensure your system and apps are updated

5. Install only from official websites