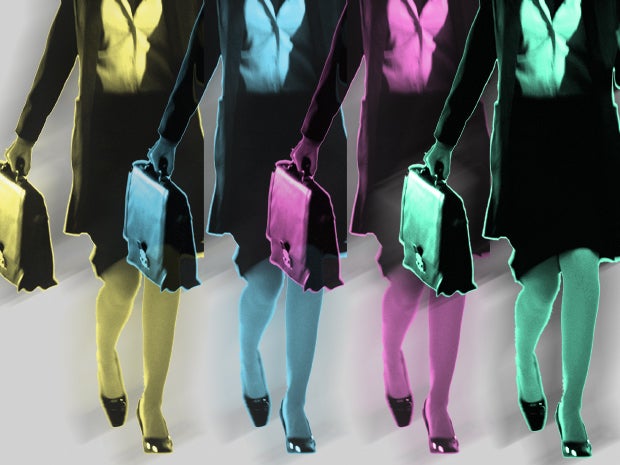 Sunday was Mother’s Day here in the U.S., and while it’s a nice reprieve — I get to sleep in — it always brings out the cynic in me. Oh, goody — one whole 24 hour period when moms’ contributions to the world are recognized. That’s supposed to make up for the other 364 when, what, we’re perhaps taken for granted? Overworked and underpaid and discriminated against and harassed and … well, you get the point.

It was refreshing, then, to have a conversation with Bonnie Crater, CEO of marketing analytics firm Full Circle Insights, about how empowering women is one of her top priorities, both in her personal life as a mother of two and as the CEO of a Silicon Valley company.

“The Silicon Valley norm of working to exhaustion and sleeping under your desk is starting to come under fire as people start to understand we’ve reached the point of diminishing returns — so now, we’re trying to focus more on productivity and balance, and that’s something I’ve always tried to emphasize and model both for my employees and for my own daughters,” Crater says.

At Full Circle, that starts with the demand that everyone at the company have a hobby — seriously, it’s a requirement to work there — and it’s OK to leave work early to pursue that hobby or interest, Crater says.

She also gave employees the day off for Day Without a Woman. She and her two daughters flew to Washington, D.C. to join the Women’s March the day after the presidential inauguration. She makes sure women in her company are paid equitably. She is a firm believer in modeling these changes within her own company and her own life, and that’s something everyone in Silicon Valley — and, of course, companies everywhere — should try to emulate, Crater says.

“We want to model the behavior that we’d want our daughters and our sons to follow; we’re trying to create this ‘new normal’ so they don’t think it’s weird or unusual. Companies are struggling to figure out diversity now that it’s become an issue of the bottom line, but they really should have thought about this from the beginning,” she says.

It’s not too late for organizations to embrace these values and incorporate flexibility, pay equity and other diversity initiatives, but older and/or larger firms may have a tougher time, Crater says. That doesn’t mean they shouldn’t try.

“Young women in the workforce — and yes, young men, but especially women — need to see role models making this work. Balancing work, family life, hobbies. That’s what I hope I’m accomplishing. It’s much easier for smaller companies to bake this in from the beginning, but everyone can model support for flexibility, for pay equity, for all of these things,” Crater says.