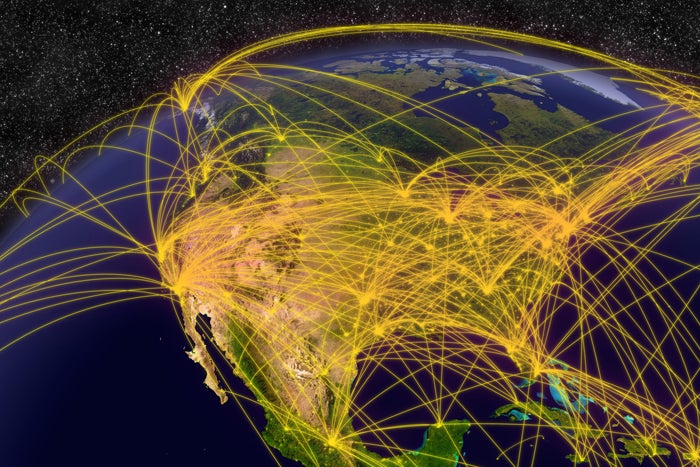 IT service providers set up more new IT delivery centers in North America than anywhere else in the world last year, according to new research.North American locations accounted for more the one-third of new delivery sites (29 out of a total of 76) established by service providers in 2016, according to a report from IT and business sourcing consultancy and research firm Everest Group.

The need to be close to U.S. customers coupled with the increased use of automation to control costs is making North America a more attractive option for service delivery, says Everest Group.

[ Related: IT service providers increase investment in onshore locations ] The demand for digital transformation related technologies specifically is driving interest in certain metropolitan areas. The share of digital services being delivered in new service provider set-ups has been steadily increasing from approximately 25 percent in 2012 to 63 percent in 2016. “This percentage is expected to continue to remain high as service providers focus on expanding and broadening their digital capabilities,” says Everest Group Vice President Salil Dani.

IT outsourcers have been more focused on opening innovation centers or labs rather than traditional IT and business process hubs over the past few years, with North America and the Asian Pacific materializing as preferred locations for delivering digital services and increasing speed to market, Dani says.

[ Related: How design thinking can transform IT outsourcing ]

In the last year, Seattle, San Francisco and Toronto have emerged as hotbeds for cloud, analytics and automation services, according to Everest Group. Seattle has seen the biggest growth, both in terms of the number of companies setting up shop in the Emerald City and the total of full-time employees being hired, says Dani. In addition to the presence of leading companies including Amazon, Facebook, Microsoft and Nintendo, the city is a also becoming preferred choice for digital startups. Google recently opened a large innovation center in Seattle, and Facebook is expanding its operations there.

[ Related: Questions to ask before choosing an automation partner ]

San Francisco and Toronto have played host to digital services firms for some time, says Dai, and continue to attract investments. Uber and Salesforce, for example, expanded both the scale and scope of service delivery from its Silicon Valley centers. CapGemini opened a 4,500 square foot digital innovation center for rapid prototyping in Toronto last year while Cisco has been expanding its innovation lab there.

All three cities boast a sizeable number of technology and engineering graduates and more experienced professionals with skills related to cloud, mobile, big data, analytics and automation technologies. The presence of digital leaders and startups that promote innovation and new thinking also helps these cities maintain a “multi-cultural and multi-ethnic” talent pool that brings together best practices from around the globe, says Dani.

IT service providers have also shown increased interest in tier-two and tier-three cities in North America, says Dani. “This is especially true in recent months with [proposed] visa and immigration reforms.”

While digital disruption has been good for certain North American locations, it has not necessarily been a boon for traditional IT service providers. The share of new deals (of all types) are declining for the top 20 traditional IT outsourcers, according to the Everest Group report. “There is significant competition from mid-scale and specialist service providers across all outsourcing segments,” says Dani.

“The increase in share of these providers is due to more outsourcing demand from smaller and midsized clients and a stronger anti-incumbency trend wherein large enterprises are increasingly switching service providers during end-of-term of contracts.” In some cases, outsourcing customers are opting to switch to midsize niche providers when their existing outsourcing deals terminate.

Facing shrinking margins and limited growth, traditional IT service providers will have to expand their digital capabilities — either organically or by acquisition — in order to survive long-term, according to Everest Group.