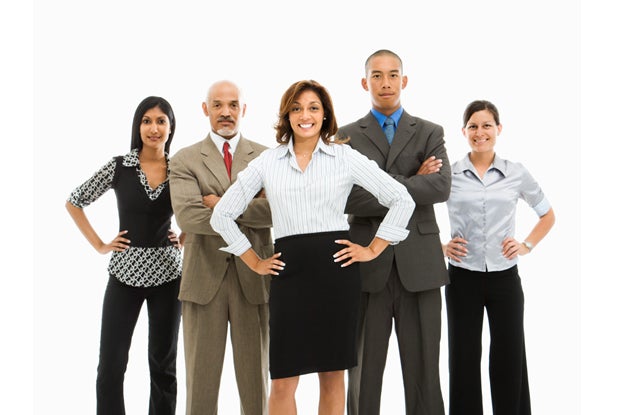 Is diversity good for your business? When answering this question, supporters of diversity point to the growing number of studies that show companies with greater diversity outperform the competition. I see two major reasons why these studies, compelling as they may be, are not moving the needle on diversity.

First, these studies show correlation, which is indicative of two phenomena occurring together, but they cannot show causality — i.e., which is the cause and which is the effect. Take gender diversity: The fact that companies with more women in senior executive positions outperform their competition on various key performance indicators can be interpreted in three ways:

While I firmly believe that the first interpretation is correct, the problem is exactly that it is based on my belief about the underlying causal link. The data cannot be used to support or refute any of these interpretations, and anyone who does not believe in the value of diversity will not be swayed by the data.

The second reason is that, even for those who believe in the causal link between diversity and performance, these reports may give a reason why leaders should embrace diversity, but they give no guidance on how to implement the necessary changes. Exactly how many “diverse” people at what levels do we need? How quickly should we implement these changes? How do we ensure that the people we promote or hire will want to stay?

The fundamental problem, then, is that “is diversity good?” is the wrong question to ask. For those who recall the early days of the internet, organizations used to ask a similar question: Is internet advertising a good idea? Today, no respectable CMO would dare to ask that question. Instead, it is taken for granted that, in order to compete effectively, advertisers must make judicious use of multiple channels and formats to reach and engage customers.

The analogy between advertising and talent management is worth exploring further. The dawn of digital advertising has had a profound impact on the marketing function, because it gave us the ability to link the behavior of individual ads on specific channels to the overall performance of a campaign. It is for this reason that, in the past decade, the CMO has become a core member of the executive team.

The ability to establish a quantitative link between individual assets and overall performance has had a dramatic impact in other areas: financial portfolio management, supply chain optimization and even sports team management have all undergone dramatic transformations in recent decades, precisely because of the emergence of quantitative methodologies that quantify that link.

For most companies, human capital is the largest line item in the P&L and the most important asset. Then why is it that companies are able to optimize advertising spend, supply chain, financial portfolios and even inventory and scheduling, but they cannot optimize human capital?

The fundamental problem is the lack of a quantitative methodology that can link the characteristics and behaviors of individuals to the overall performance of the company. Today, cost and tenure are the only quantitative measures we have for employees. All other measurement, such as performance reviews and employee satisfaction, are qualitative and usually focus only on a local measurement of performance, meaning that, at best, they are designed to compare individual performance to some ideal (often qualitative) notion of a specific role. With the possible exception of sales people, current methodologies cannot show how the behavior of an individual impacts the performance of a department, let alone the entire company.

This brings us full circle to diversity: Without a quantitative methodology, we cannot tell whether a more diverse company will perform better or worse, and we cannot evaluate the right degree of diversity for our company. Asking whether diversity is good is as pointless as asking whether advertising on the Internet is good. Instead we should be asking “what is the blend of talent and workplace policies that maximizes the performance of my company?”

The good news is that, in the past two decades, agent-based simulation is emerging as a leading technique to capture the behavior of complex systems, with applications in a variety of industries, ranging from marketing analytics to economics. Recently, my colleagues and I have begun to explore the application of agent-based simulation specifically to organizational diversity. In our early results, we were able to show, for example, that simply removing unconscious biases is not sufficient to restore imbalances created by these biases.

It is my hope that, ten years from now, talent management will become the single, most strategic function of any executive team. Just as nobody would place all their advertising on TV or all their retirement savings into a single stock, everyone will realize that having mostly white men in executive roles is a really bad idea. Once we have the right mindset and the right tools, people will finally stop asking whether diversity is good for business.

Paolo Gaudiano is Executive Director of the Center for the Quantitative Studies of Diversity and Inclusion at the City College of New York, and Founder and CEO of Aleria, a “diversity tech” company that helps organizations plan, execute and measure the impact of diversity & inclusion initiatives. He is also President of Icosystem Corporation, the technology consulting company from which Aleria was spun out in early 2017. Since joining Icosystem in 2001, Paolo has overseen research and software development efforts to solve complex business and technology problems for leading corporations (BP, Intel, NIKE, Eli Lilly, ...), government agencies (US Navy, NASA, French Postal Service, ...) and foundations (Rockefeller, Kellogg, MacArthur, ...). Paolo also holds strategic roles with Infomous and Concentric, two of Icosystem’s spinoffs. He is also a Forbes contributor on “the Complexity of Diversity.”

Paolo began his career in academia at Boston University in 1991, where he reached the level of tenured Associate Professor, focusing on computational neuroscience, robotics and machine learning. In 1999 he became Chief Scientist of Artificial Life, a company that applied machine learning to a variety of Internet usage and navigation problems.

Paolo holds degrees in Applied Mathematics, Aerospace Engineering and Computational Neuroscience. He has authored more than 50 peer-reviewed scientific publications, has authored dozens of articles and blogs across multiple disciplines, and is a frequent speaker at industry and professional events. He was recipient of a Young Investigator Award from the Office of Naval Research, a Neuroscience Fellowship from the Alfred P. Sloan Foundation, and M.G.F. Fuortes and E.A. & J. Klingenstein Fellowships from the Marine Biological Laboratory in Woods Hole, Massachusetts.

The opinions expressed in this blog are those of Paolo Gaudiano and do not necessarily represent those of IDG Communications, Inc., its parent, subsidiary or affiliated companies.