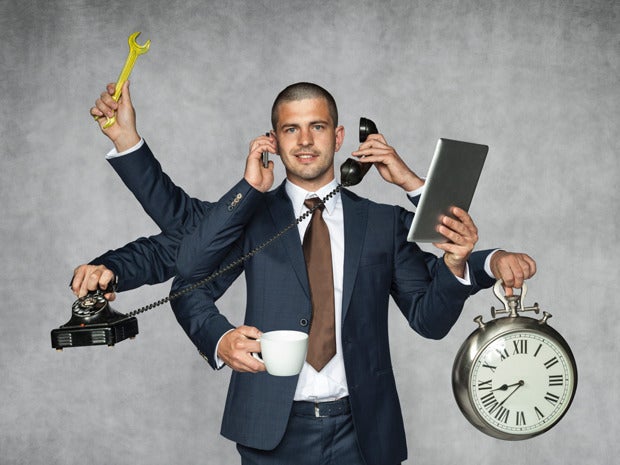 For all the popularity of mobile apps and cloud services, the venerable PC continues to be a mainstay of computing today. Indeed, the versatile desktop interface means that the bulk of a day’s work continues to be done on PCs for most users.

If you ever got frustrated tabbing through multiple application windows, then you need to install TidyTabs from Nurgo Software. The lightweight utility lets you organize the desktop by stacking multiple windows together in a tabbed arrangement, even for unrelated applications. This opens the door to grouping applications based on projects worked on, decluttering the desktop and generally keeping things tidy.

Aside from the ease of stacking windows of disparate sizes together, the tool also works particularly well for segregating browser tabs. Brower windows containing their own tabs can be stacked together without messing up their sequence, and can even be renamed to highlight for improved management. The utility is priced at $9 per license, though a limited freeware version is also available.

AquaSnap adds a bunch of capabilities that Microsoft should probably have built into Windows 10 from the start, offering a variety of window-handling tricks to make the desktop a much more enjoyable experience. For instance, window snapping makes it a breeze to align windows side by side as they dock together like magnets.

And rather than having to individually resize a group of several tiled windows, simply hold down on the “Ctrl” key to either resize them simultaneously, or move multiple adjacent windows as a group. Other features include the ability to set a window to stay right on the top — with the ability to set it to varying levels of transparency. AquaSnap is also made by Nurgo Software, but it costs more at $18. A freeware version is available for personal use, and may suffice if you only have one monitor.

As its name suggests, MultiMonitorTool is designed to facilitate working with multiple monitors. Disable or enable individual monitors, change the designated primary monitor, and move windows from one monitor to another either from its graphic user interface — or directly from the command line.

The two gems of this tool are its ability to view the content of any monitor in a resizable preview window, and the ability to save and reload monitor positions (and orientations) to a configuration file. The former is useful to view the contents of a non-primary monitor that has been switched off, while the latter is immensely useful if you are using monitor arms and have a habit of repositioning them. MultiMonitorTool is freeware.

Billed as the ultimate music manager and player, MusicBee is a beautiful and highly configurable music player that supports music playback from a variety of sources. You can change the appearance of the music player with a variety of skins, while a powerful array of features such as auto-tagging and support for multiple music formats makes it the must-have music player for your PC.

Under the hood, the sophisticated player delivers high quality music playback an audiophile would approve of. This includes the ability to use high-end audio cards, a built-in 10-band equalizer and support to upmix stereo to 5.1 surround sound. You can even hook up your favorite VST effects plugins with VST Effects Support with the use of a free plugin. MusicBee is free.

Airfoil is a powerful digital mixer that works with a variety of devices, including AirPlay speakers and Bluetooth devices paired to your PC. Its key strength is its ability to tap into audio from a variety of music services, including Spotify or even the web-based audio stream from your favorite radio station, and send them to your speakers.

It can also stream the same source to multiple disparate speakers, keeping them in sync even between different speaker types. This makes it possible to play back the same music source to multiple speakers around the house or office. Alternately, groups of speakers can be set up with different tunes streamed to each. Airfoil for Windows costs $29, and a trial version is available.

Nitro Pro is the PDF reader and editor that does everything you will ever need to do with PDF files. The powerful but snappy editor lets you change PDF documents with ease, and comes with a built-in OCR engine that can transform scanned documents into editable files. Fill up forms, annotate and sign them as part of your workflow, and easily merge multiple documents or delete selected pages as necessary.

If you use a large display or multiple monitors, NitroPDF also offers the ability to display PDF documents side-by-side so that you can pore through multiple documents. Of course, you could use AquaSnap to do that. Nitro Pro is priced at $160.

Snagit is a powerful screen and video capture app that is more than a snipping tool. The tool is capable not only of capturing the desktop or an application window, but will also capture a scrolling screen such as a webpage.

Leverage its built-in editor to edit a captured image before saving, or mark it up with a plethora of tools such as a highlighter, magnifying lens or blur tool, among others. Videos can be captured and trimmed, or converted to an animated GIF. Snagit for Windows is available for $50. A 15-day trial is available. (Also available for macOS)

PhraseExpander is a utility that is invaluable for those who spend a lot of time typing at their computers. Though touted as a tool for medical professionals, its integrated spell checker and ability to easily add and edit phrases makes it ideal for accelerating just about any work involving extensive data entry.

Relevant phrases automatically appear as suggestions in a drop box as you type, regardless of application. Create custom phrase directories or tap into its autocorrection feature by downloading free dictionaries of commonly misspelled words. The basic version of PhraseExpander costs $59, though the Professional edition with integrated spell checker will set you back by $149. A 21-day trial is also available.

Ever wondered exactly what it was that you just spent the whole afternoon working on at your computer? Guess no more with RescueTime, the background tool that runs unobtrusively in the background to monitor exactly what happens. Statistics are automatically collated and visualized in nice charts on the RescueTime dashboard according to a list of configurable categories ranging from “very productive” to “very distracting” – no prizes for guessing where Facebook falls into by default.

Numbers don’t lie, as they say, and nothing like the truth on your productivity to help get things moving. A free “Lite” version will track time spent on websites and applications for free, though an upgrade to a $9 per month “Premium” is needed for more advanced features such as the ability to block distracting websites, set daily goals, and view detailed reports. (Also available for macOS)