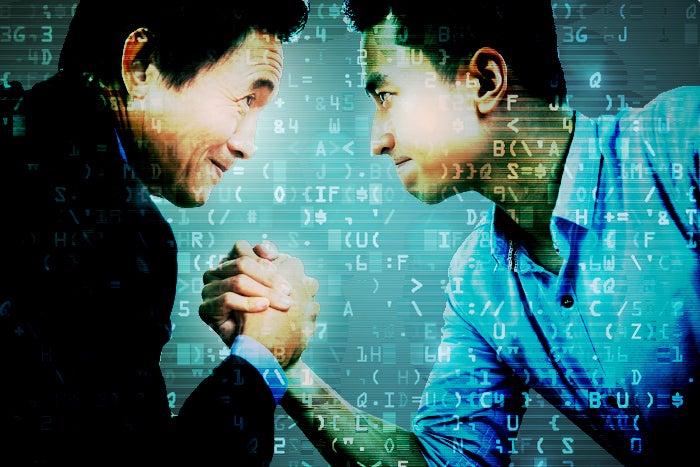 How old is too old to work in IT? That depends on who is doing the hiring and paying the salaries of IT pros. But one thing is for certain: Widespread age discrimination has become a central issue, affecting many people working or seeking work in today’s IT industry, according to legal and career experts.

“Large percentages of IT professionals see age discrimination as a serious problem, and leaders in the tech industry boast of their preference for young workers,” says Cathy Ventrell-Monsees, senior attorney advisor at the U.S. Equal Employment Opportunity Commission (EEOC).

[
Don’t get caught in a dead end: Avoid these IT jobs bound for extinction and learn the 16 most-wanted traits of indispensable IT pros.
]
[ Get a leg up with our free tech resume samples and expert advice. | Prep for your interview with these eight websites for researching your next employer. | Sign up for our CIO Careers newsletter for tips and trends in IT employment. ]

The EEOC is responsible for enforcing federal laws that make it illegal to discriminate against a job applicant or employee because of a person’s race, color, religion, sex, national origin, disability, genetic information, or age.

Although laws against age discrimination have existed for decades, ageism persists and is more prevalent in certain industries, such as technology, says David Miklas, an attorney who specializes in management, labor, and employment law.

Central to this issue is a familiar discriminatory stereotype: “Many employers believe that older workers are reluctant to try new technologies,” Miklas says. Worse, “Older female workers are more likely to be perceived negatively than older male workers,” he adds.

But the bottom line is also a factor, with firms targeting younger individuals because they typically demand lower salaries and are often less demanding about time off, says Damian Cavaleri, a partner in the labor and employment practice of law firm Hoguet Newman Regal & Kenney LLP. Especially at startups.

“In many cases, the existence of age discrimination is not even acknowledged because the startup culture implicitly seeks recent college graduates, and creates a culture of high-energy workplaces, which appear to be incompatible with older employees,” Cavaleri says.

Pattern recognition: Ageism in the workplace

The tell-tale signs of age discrimination in the workplace can be obvious, and often obscured.

How you are treated compared with younger people with comparable qualifications is a key indicator of age discrimination, according to the AARP Foundation, a charitable affiliate of AARP that serves as an advocate for older workers.

But oftentimes, ageism is more pervasive, and often subtle, in how you are treated at your organization in general.

Often age bias is reflected in the language used by managers when discussing career opportunities, says Kelly Dermody, a partner at the law firm Lieff Cabraser Heimann & Bernstein, who specializes in class and collective actions on behalf of plaintiffs in employment and consumer cases.

“For example, a manager may explain a lack of promotion on the basis that the manager wanted ‘young blood,’ or may describe a decision not to hire the ‘old geezers,’” Dermody says. “But bias may be reflected in patterns even if no biased statements are used, as when a company never hires anyone older than 30 or limits the amount of prior experience an applicant may have.”

Any age-related comments such as “aren’t you getting a little old for this?” or “wouldn’t you rather be spending time with your grandkids?” (or, these days, even just “kids”) are obvious indicators of bias. Another giveaway is if you are denied access to a training program or promotion when someone younger with the same or fewer qualifications is granted the promotion or training opportunities.

And what if you lose your job as part of a larger layoff? You may not know this, but you are entitled to receive a list of the positions and ages of other employees subjected to the restructuring, Cavaleri says. “This may indicate whether there may be a pattern” showing age discrimination, he says.

When it comes to the job search, age discrimination can be harder to prove.

It’s difficult to tell if you have not been hired for a position based on your age if you don’t get an interview or know who was hired, Ventrell-Monsees says.

Still, ageism can be blatant in the hiring process.

Despite the legal risks, ageism oftentimes seems like an acceptable bias. “Employers would never advertise for ‘whites only,’ but it is common for employers to run ads that have the result of having a disparate impact on older workers,” Miklas says. “As an example, in 2013 Facebook settled a discrimination case where they had a job listing that included the language, ‘Class of 2007 or 2008 preferred.’”

Another recent problematic trend is for employers to require job candidates to be “digital natives” as opposed to “digital immigrants,” Miklas says, with digital native signaling one who grew up using technology from an early age rather one who adopted technology later in life.

How to deal with age discrimination

There’s no need for you to give in to age discrimination and lose out on career opportunities. Here, it’s important to know your rights, says Laurie McCann, senior attorney with AARP Foundation.

The federal Age Discrimination in Employment Act (ADEA) applies to employers (including federal, state, and local government agencies) with 20 or more employees. ADEA protects individuals age 40 and older from age discrimination in every aspect of the employment relationship, McCann says.

If you suspect you’ve discriminated against, it might be a good idea to let your employer or supervisor know that you are aware of your rights under the ADEA and/or state law, McCann says. Sometimes managers assume workers are not aware of such protections.

“For those on the job confronting age discrimination, tell someone in authority, such as [human resources management], about the concern and that you want to be treated fairly and equally,” Ventrell-Monsees says. “Be proactive in requesting training, coaching, and opportunities to dispel stereotypes.”

Also, keep a record of any age-related statements or other incidents that suggest you are being treated unfairly because of your age, McCann says. And depending on personalities and internal politics, a good first step might be to talk to your manager about your concerns or file an internal grievance.

“If you are not receiving feedback on your performance, ask for it,” McCann says. “You need to know if there are concerns about your performance so that you have the opportunity to address them. Sudden changes in performance appraisals are often viewed with suspicion and may support a claim of discrimination.”

“If an interview raises concerns, take careful notes as soon as possible after the interview that reflect who was in the conversation, what was said, and the date of the conversation,” Dermody says. “If you think you are being denied a job due to age, contact a lawyer and/or the EEOC.”

There are important time limitations for challenging age discrimination. In most states, you must file a charge of age discrimination with the EEOC within 300 days of the alleged action, McCann says. In some states, the filing time is 180 days. Make sure you know which time limit applies to you and keep track of these deadlines.

If you file a charge with the EEOC or your state fair employment practice agency, be as helpful as you can to the investigator assigned to your charge, McCann says. Provide them with names of potential witnesses, your notes about age-related comments, and other incidents.

If you lost your job in a group termination or layoff, consider joining with other affected colleagues in a class action. There are advantages to proceeding as a group, McCann says, including the ability to share the costs of the litigation and a strengthened negotiating position.

When there are no other recourses than pursuing legal action, be sure to select a lawyer that has experience with employment discrimination issues, then discuss the merits of your claim and what you will need to do under the laws of the state in which you reside. You can find employment attorneys through the National Employment Lawyers Association. Experts say it’s wise to carefully consider the pros and cons of pursuing a legal case before you act.

The hard truth of ageism in tech

Because age discrimination is difficult to prove in a lawsuit, the best defense might be to do everything you can to avoid becoming a victim, McCann says. That includes being a lifelong learner and staying on top of developments in your field at every stage of your career, and seeking out training at your workplace and on your own.

Make sure your employer knows you’re willing to undertake training to retain and gain knowledge and skills.

It’s also important to show current or potential employers that you bring value to the organization through experience and flexibility.

“Demonstrate added value by showing the importance of inter-generational departments, and display a willingness to work with and under younger individuals,” Cavaleri says.

One thing you can do to minimize the age factor when exploring career opportunities is remove college graduation dates and irrelevant work history from your resume and LinkedIn profile page. It’s probably a good idea to also delete references to older technologies that are no longer in use.

That way if you’re interested in a particular job and want to get your foot in the door with an interview that might sway a recruiter no matter your age, you have a better chance to be considered.

During job interviews be prepared for questions such as how you would you fit in with a youthful company, and would you have issues working for a younger manager, etc.

Also be ready for questions such as whether you are overqualified for the position or if you have difficulty dealing with a younger or less experienced supervisor, McCann says. “Only include the most recent, relevant positions on your resume and leave off dates unless relevant or required,” she says. “Strive to demonstrate progression, flexibility, and responsibility.”

By becoming aware of the signs of age discrimination at your organization and taking the proper steps to address it, you can enhance your chances of not being victimized by this type of discrimination.