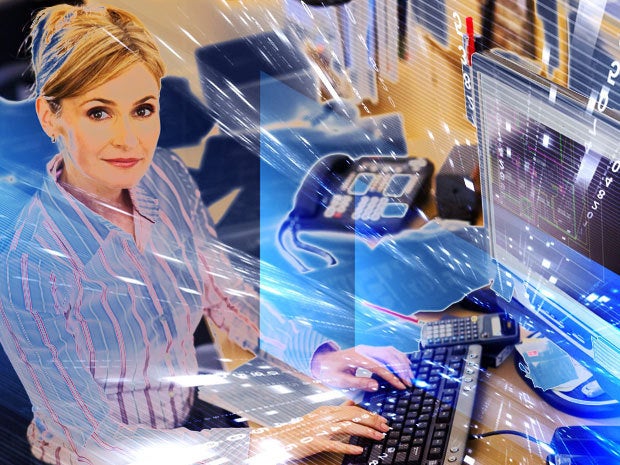 Virtual Desktop Infrastructure (VDI) is well known to be a vastly underutilized technology in enterprise. A large majority of the market has long been aware of the potential benefits but has been waiting on the technology to mature. The new Dell EMC VDI Complete offering announced recently at Dell EMC World 2017 was a big reminder of how far this technology has most recently progressed and why it is time for a revisit.

Dell EMC’s VDI Complete offering takes a unique step beyond past VDI solution bundles by combining all of the hardware infrastructure and the software stack into a fully validated offering that is priced, delivered, and supported by a single vendor. This consolidated offer structure also enables them to offer a monthly cost per user consumption model in addition to an upfront prepay model. With this introduction, they have tackled each of the top remaining complexities to delivering VDI solutions, namely cost predictability, deployment, and support.

It would be easy to dismiss this as just an incremental step in the VDI space when adding single vendor support of a bundle with the option of more cloud-like monthly cost per user pricing. When stepping back to full view of the evolution of VDI, that significantly underplays how far this technology has come and why this type of Dell EMC introduction should motivate enterprises who have held back so far to take another look.

VDI suffered from getting overly hyped versus actual capabilities and limitations early on. This reached a peak around 2010 before enough VDI projects faltered and enterprise IT got appropriately more conservative in when and where to target VDI use until the technology matured. Many of the top issues for IT followed from the complexity in planning, pricing, deploying, scaling, and getting support on a solution that spanned different vendors across the compute, network, and storage infrastructure as well as for the software stack. Beyond the direct issues IT struggled with, there were commonly issues with network, storage and software performance, which were challenging to predict and address so they negatively affected user acceptance and productivity.

Fast-forward to today and many of those challenges have since been addressed. It may have occurred so incrementally that no one improvement has driven a substantial revisit, but this Dell EMC announcement demonstrates that it’s time.

Take network and storage performance as a first example. Yes, there have been VDI hardware bundles from various OEMs and top software vendors for years – with VMware and Citrix as the clear leaders according to IDC – but the more recent advent of hyper-converged infrastructure converts what was just a recommended configuration bundle of a-la-carte pieces into a more easily scalable unit of compute, network, and storage capacity. For example, with Dell EMC VxRail or vSAN ReadyNode appliances, you can now buy pre-configured, pre-tested scalable units running VMware’s virtualization and management stack with predictable performance and therefore with predictable cost. Storage was historically the biggest performance challenge to manage effectively versus cost. Virtual SAN in VMware’s stack tackled this challenge. In the case of Queens University’s VDI implementation, Director of Information Technology for the Faculty of Engineering and Applied Science, Stephen Hunt describes that “After deploying Virtual SAN, the improvement in performance was night and day. All of a sudden, everything was snappier.”

A lot has been addressed in software performance as well both in user experience and in infrastructure resources consumed. VDI software from VMware and Citrix has progressed from all or nothing storage of a user’s desktop environment all the way to dynamic, near-instantly available user desktop generation by layering a fully-configurable, user-specific application stack and management policy on a base image. This was critical to reducing and normalizing the consumption of infrastructure resources, particularly storage size and performance, per VDI user added, which in turn better enables IT to plan and deploy infrastructure appropriate to usage and deliver a high quality user experience.

Another example of software performance improvement has been in addressing latency variability in network connections. While home network connections have improved tremendously in the last 5-10 years, users working, for example, from a remote office across a continent from the VDI deployment in the past could experience lag in their application interaction. This has now been addressed in adaptive transport capabilities that improve user experience across a wider variety of network conditions and broadens the range of use cases where VDI can be applied. In the case of ATS Automation, Senior Systems Administrator, Drew Kemp provided their example where “From no one wanting to use VDI, we’ve evolved to now everyone wants it, and they are happy. It enabled our remote workers to do something they couldn’t reliably do before. It really improved their ability to work with performance-hungry apps.”

With these types of performance and scaling challenges addressed, IT decision-making comes back to ease of cost predictability, deployment, and support, which is why the Dell EMC VDI Complete offer is so compelling in its simplicity. You purchase in scalable infrastructure units available at a monthly cost – where the consolidation to a single vendor has simple, predictable pricing down to as little as $8 per user. You deploy pre-validated stacks supported end-to-end by a single vendor using your normal VMware management tools. If looking to deploy thin clients with VDI, you can add optional Dell Wyse endpoints as part of the package in staying with a single vendor – where the latest of these devices was covered previously.

For that reason, the VDI Complete offering from Dell EMC is particularly compelling, but there are certainly alternatives to consider. Dell EMC itself offers similar VDI solution stacks supporting Citrix-based VDI deployment, which could be of interest if you highly value specific capabilities available from Citrix. It will just be tough for the value of different feature capabilities to override the value of the consolidated single-vendor offer and support package from Dell EMC with VMware Horizon – with the same true of a bundle from any other OEM stack with Citrix, VMware, or otherwise.

Dell EMC’s VDI Complete clearly begs a revisit of the VDI opportunity in enterprise IT – whether for reasons of cost efficiency on infrastructure or security / compliance improvement in exercising stricter control of company data. VDI Complete’s value in simplicity is right in line with best practices in VDI deployments. They are just easier to execute now. Start small. Segment users and departments to target based on their device use and infrequency of travel in executing a first deployment. Then scale out. No more forced need to sell a big upfront business case for a large-scale roll-out on the promise of future operational efficiency gains. No more forced need to work across a range of vendors in the stack on cost planning and support at each step of growth or technical support challenge.

Patrick Moorhead is Founder, President and Principal Analyst at boutique technology analyst firm Moor Insights & Strategy, founded in 2011. He was the most cited industry technology analyst in the U.S. and European press in January, 2014, and is routinely quoted in the highest quality publications and appears on numerous business TV shows. Moor Insights & Strategy has practices in cloud services, servers, storage, network and client devices like phones, tablets and personal computers. The firm also extensively researches IoT.

The opinions expressed in this blog are those of Patrick Moorhead and do not necessarily represent those of IDG Communications, Inc., its parent, subsidiary or affiliated companies.