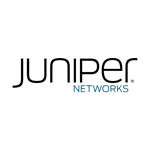 The Internet of Things (IoT) is poised for massive growth, posing significant challenges in both scale and security.

Much like data — which has been around forever, but got put into overdrive with Big Data and the digitize-everything revolution — industrial automation has been around for decades, but the proliferation of cheap compute and network connections is fueling the IoT momentum.

Controlling the rapidly increasing number of smart, connected devices and the ridiculous amounts of data they generate is posing immense challenges in control and security, two areas that can be addressed with software-defined secure networking (SDSN).

Forecasts vary widely, but the IoT market is expected to climb from last year’s $737 billion to $1.29 trillion by 2020, driven by the explosive growth in the number of IoT devices, sensors and actuators, which are forecast to more than double to 46 billion by 2021. Most enterprises (71%) are gathering data for IoT initiatives today, 90% will increase IoT spending over the next 12 months, and 40% will raise IoT-related investment by 25% to 50% compared to 2016.

“The survey data indicates enterprises currently use IoT for practical technology purposes that have an immediate and tangible impact on daily operational business efficiencies, economies of scale, and increasing the revenue stream,” said Laura DiDio, Research Director at 451 Research and lead author of the study.

Security is the biggest issue, according to a survey of 1,000 enterprise IT buyers, with 50% of respondents citing it as the top impediment to IoT deployments. That’s why managing and securing these devices will see comparable growth: IoT device management is expected to grow from $693.4 million in 2017 to $2.5 billion by 2022, and securing them will soar 31% per year from 2016-2022, reaching $41 billion.

The management and security challenges are magnified by the split between industrial and consumer-focused devices, according to Juniper Network’s Kevin Walker, Security Chief Technology and Strategy Officer. “In the industrial space you have a controlled environment that is typically managed securely. That’s generally nonexistent in the consumer space, and you can’t put the onus on the consumer to either manage or secure their devices.”

Consumers assume that a device out of the box will just work, which makes an upstream strategy that looks after management and security via the network the preferred model, he says. “If you approach it from the upstream model, that’s ultimately the right approach because you’ve removed the consumer from the equation.”

While Walker cautions that it’s still very early in IoT adoption, it’s “not as early as some would think. We’ve had machine-to-machine for decades but now everything has an IP address.”

SDSN enables the automation and centralized management of networks — physical and virtual, public and private — that can be remotely provisioned and managed. It provides the only viable, cost-effective means of managing the IoT, securing the network, and maximizing the performance of applications and analytics, Walker says.

• Policy: simplified, centrally managed policies that work with all devices on a heterogeneous network; • Detection: threat intelligence aggregated into a common, cloud-based service with policies that adapt to changing threat conditions; and, • Enforcement: dynamic distribution of updated policy across the network to stop rogue traffic and quarantine compromised endpoints.

“This is not rocket science,” Walker says. “The technology is complex, but we already work at speed and at scale with it, so it’s just a case of working with the carriers and the vendors, too.”

IoT vendors need to follow best practices, which he says should be easy, but that’s not the case. “A lot of the manufacturers have taken the easy way out and ignored cybersecurity problems and vulnerabilities.” Utilizing best practices, including SDSN, will “greatly reduce — you’ll never completely eliminate, but you can reduce — the risks.”