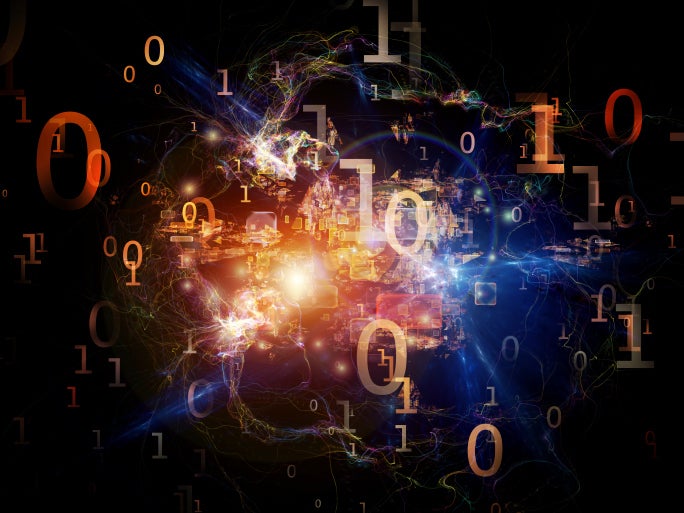 Today, the FCIC is maintained under the auspices of the U.S. Department of Agriculture Risk Management Agency (USDA-RMA), and CIO Chad Sheridan acknowledges the historical legacy of the agency while working diligently to digitally transform for the future.

For Sheridan, being an effective IT leader starts with a sense of mission and purpose.

“There was a recent study that showed the economic impact of crop insurance for the local economies in four states in the Midwest,” Sheridan said. “The study showed that crop insurance preserved nearly 21,000 jobs across those four states during the 2012 drought. [It’s about] seeing what happens in a year like 2012, where there’s a historic drought in the Midwest and farms survive, [and] producers survive because of what we do. … For those people who struggle every year to keep their farms afloat, especially in bad times, crop insurance keeps farmers farming.”

Digital has helped expedite the speed with which producers receive essential reimbursements.

“One of the major benefits of insurance versus, say, other disaster-related programs is the speed at which relief is provided to somebody who has experienced a catastrophic loss,” Sheridan explained. “In the past, it took literal acts of Congress to get disaster programs funded, whereas with insurance, the insured files a claim, the claim is adjusted and we’re talking weeks.”

Digital transformation has also allowed Sheridan and his team to transcend the transactional nature of crop insurance to focus on a more personalized, convenient and dynamic customer experience.

“One of the things that’s required as part of our authorizing act is that we make available a list of agents, by location, to the public,” he pointed out. “If I’m a producer, I want to know who sells crop insurance in my area.”

To make this information available, the USDA-RMA long ago evolved from paper-based systems to a tabular electronic interface, but Sheridan and his team still saw room for improvement. By employing a Google application program interface (API), the USDA-RMA was able to deliver a searchable, map-based system, allowing for faster interactions between the insured and the agents who assist them.

“If I type in my location,” Sheridan explained, “it looks as if I were searching on Google and I’ve got a map of where all those agents are located, and I have the ability to click for directions.”

In an environment such as the USDA-RMA, Sheridan says “it’s the data that matters.” And when working on reinsurance settlements with the 16 individual companies that sell and service crop insurance, transparent and actionable data is essential. Historically, the agency has relied on standard, rote PDFs as data outputs. They were the product of specific, transactional queries made by a select few “SQL slingers” within the organization who maintained a “hefty knowledge of querying,” as Sheridan put it.

In recent years, however, a significant investment in data warehousing support has allowed for more accessible and usable data. Making the data sets more malleable and flexible has, in the process, made the format appropriately subordinate to actionable information.

“As part of our transformation,” Sheridan explained, “we have made available to everyone working on this, the logic behind these calculations and how the data is organized. It’s transparent. It is real. And it’s being used to train people.”

Sheridan said the number one barrier to creating a culture of innovation is fear. The antidote to fear in IT, he explained, is accountability, coupled with the freedom to act.

“We’re accountable for results,” he said, “but it’s OK to stumble, make mistakes, and learn along the way, provided we hold ourselves [accountable].”

During the implementation of the Agricultural Act of 2014 (also known as the 2014 U.S. Farm Bill), Sheridan and his team focused on effective execution. A major focus for the USDA-RMA is tracking whether or not citizens, due to insurance judgments, other federal programs, or legal decisions such as debarment, are ineligible to receive crop insurance. The bill mandated provisions around late payment of debt.

To execute effectively, IT partnered with the business product team to develop a methodology around ineligible tracking system capabilities and subsequent integration with a late payment of debt capability. The business team, Sheridan said, worked very efficiently with the entire IT team to avoid stop-gap solutions amidst a flurry of deadlines, focusing instead on long-term, holistic delivery.

“It was almost like watching—I hate to use the term ‘magic’—but the magic of accountability, ownership, and skin in the game,” Sheridan said. “Everybody could see that the development team, my management team, the business management team, and subject-matter experts, were all committed to this approach [and] to this outcome. And any issue that came up was resolved because of that.”

This accountability has been reinforced through the agency’s adherence to an agile methodology.

“The impetus was that we were spending six months planning a six-month job,” he explained. “That’s a waste.”

He stressed the emphasis his team has placed on communicating changes to project sponsors, while also maintaining the balancing act between providing transparency and avoiding getting dragged into a mire of needless communication at the expense of execution.

During these transformational moves, every expenditure is necessarily scrutinized. Sheridan must encapsulate the direct business value of the dozens of projects that come across his desk, while making effective governance and smooth implementation his top priorities. The emphasis is to communicate in terms of business outcomes and turn technical jargon and security speak into opportunities.

In short, Sheridan needs to constantly reinforce what makes sense from a business standpoint in terms everyone can appreciate.

“What I think our biggest lesson has been is that you cannot communicate enough,” he said.