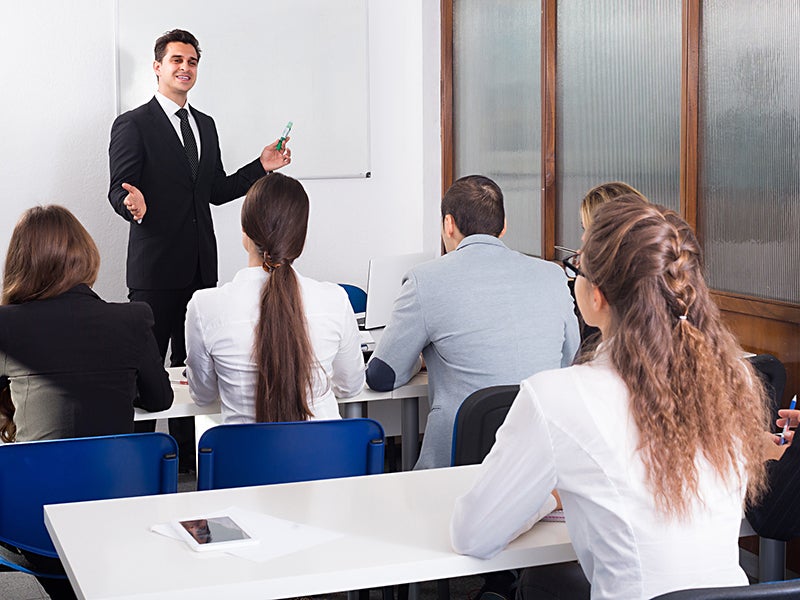 From healthcare to hospitality, and retail to real estate, big data is having an impact in all industries – and education is no exception. Educators are using big data to identify weak points in the education system, improve teaching methods, and gain a better understanding of student life.

Data analytics has such a widespread effect on the education system, it can be hard to narrow down the changes it causes. So, to better understand those changes, let’s examine a few of the ways that big data is disrupting the education industry, and how it will continue to do so in the future.

Over the past decade, there’s been a lot of debate over the effectiveness of standardized testing. Thankfully, that debate seems to be drawing to a close. The verdict, standardized tests are absolutely not the best way to grade a student’s level of education. Simply put, people learn differently, and at different rates.

Some people are visual learners and others more hands on. Also, some people are simply good at taking tests. There’s a difference between passing a test on a subject and actually having that subject mastered. Big data analytics allows educators to use a wider range of sources when grading a student to come up with a more realistic picture of how well they’ve learned a subject. It also provides the opportunity to…

Data analytics has pointed out some startling truths about education in the inner-cities of America. Studies show that inner-city schools are more likely to higher less educated teaching staff to reduce costs. Unfortunately, those cost-savings have directly translated into lower grades and higher dropout rates. This problem that big data pointed out, can be monitored in real time and solved using the same tools.

Taking Philadelphia’s project U-Turn as an example. Project U-Turn uses data analytics to identify the causes behind the city’s high dropout rate in the hopes of eliminating them. The program worked, and the city’s graduation rate has been rising.

Last year, schools in Michigan set out to use data analytics to solve their attendance issues. A study found that 7000 of the 17000 students in the area were missing 10% of their classes, which is considered chronic absenteeism. The findings led to a yearlong effort to raise attendance.

Unfortunately, those efforts failed. So, the school board came up with plan B. They simply released the data to the community so that parents and concerned citizens could see for themselves just how bad the situation had gotten. Since then, the community has come together with every grandparent on their porch and every pizza shop owner and mall employee coming together to prevent kids from skipping class. Long story short, it’s working.

As I said at the beginning, big data has made a huge impact on the education system. However, it’s not just big data that’s making waves, little data is carrying its share of the load as well.

Now you may be wondering, what is little data?(I know I was) When we talk about big data in education, we’re referring to a mountain of aggregate data that is sourced from as many students as possible. Little data, is all of the data that has been generated by one student.

Remember when I mentioned the absolute failure that is standardized testing? Well, little data is the solution to that issue. Educators are analyzing little data to gain a better understanding of student comprehension and to learn what teaching methods work best with individual students.

Not only does little data analytics form the base for personalized education to be built on, it allows educators to track student progress in real time and recognize a deficiency in the teaching process or a change in student behavior, before they become a major issue.

Frankly, the U.S. education system is not doing well. We don’t even rank in the top 10 best-educated countries, let alone lead the way like so many people believe. The education system in America needs some shaking up, it needs to be disrupted even more so than it already is. Big data(and little) analytics will be the tool we use to track our progress and hopefully make education in America great again.