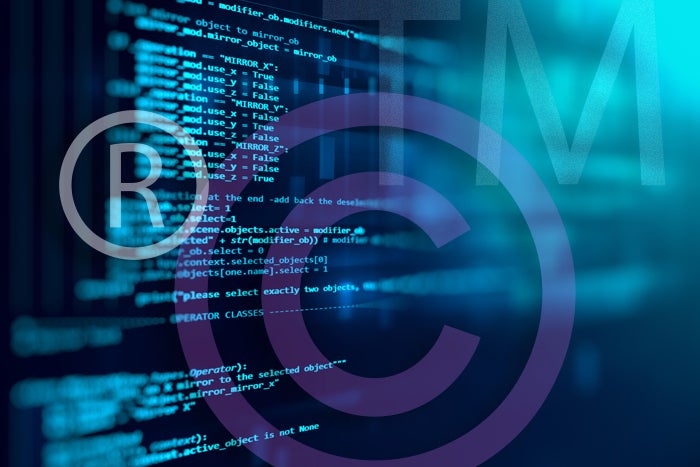 Intellectual property (IP) is a lot like taxes: you don’t care about the legal niceties until they apply to you. IP (not to be confused with the IP in TCP/IP, which stands for Internet Protocol) is the fuel that runs our information economy, the wellspring from which a thousand flowers bloom in the form of a plethora of products based on IP previously created, established, and licensed to all comers.

When an inventor creates a valuable technology and patents it, there are two ways to go:

There are plenty of examples of both.

IP licensing can enable not just one company, but an entire industry. The internal combustion engine is not one thing, but a series of interrelated systems, each of which was developed experimentally during a period from 1791, when John Barber developed the gas turbine, to 1892, when Rudolf Diesel invented compression ignition. None of these inventors could have made a working automobile alone, but since their inventions were all patented and licensed, others were able to build on them until something highly useful arose. Today’s cars all incorporate these fundamental patents.

Thomas Edison invented and patented many things — 1,093 things, in fact. Take one, the light bulb. Others had already managed to run electrical current through a filament to make it glow, but the problem was an engineering one: how to make the element stretched between the positive and negative electric poles last long enough to be practical. He experimented and found the right material (carbon), but he also had to adjust many other elements — the thickness of the copper wires, the current, resistance, and voltage of the system — and then figure out an inexpensive manufacturing process to make the whole thing commercially viable. Although the War of Currents was bitter, pitting market leaders of competing electrical technologies against each other, Edison licensed the light bulb to other manufacturers with the goal of getting the invention into the hands of the greatest number of people possible.

There have been instances of inventors’ keeping their inventions to themselves. Dean Kamen created the Segway, a two-wheeled, self-balancing, battery-powered vehicle. Kamen and his backers had high hopes for the vehicle, but one thing they never did was license the technology to anyone else. In fact, Segway sued the entire hoverboard industry for patent infringement when various manufacturers, mostly foreign, used similar technology in their products without licensing. Instead of presiding over a growing transportation sector, Segway has been reduced to the role of single supplier of niche technology for specialty applications.

The contrast in business models is on stark display in the history of the PC business. Apple was an early leader, being the first company to put together a fully integrated system with a graphical user interface (GUI). In 1991, Apple still had the largest market share of any vendor in the PC market. By contrast, Microsoft was sort of an imitator, copying Apple’s key GUI features (which Apple had in turn cribbed from Xerox). But the main difference between the two was that Apple, which in the early 1980s had a clear technological and market advantage, chose to keep everything to itself. All Apple’s inventions and improvements when straight into Apple products, which were, admittedly, pretty good. Microsoft, which didn’t make PCs itself but rather created software that made PCs run, chose to license its operating system to all comers on a FRAND basis. By 2000, Apple had dropped out of the top 10 vendors with a less than 2% market share. Microsoft had all the rest.

Now, to be fair, Apple’s subsequent rise as one of the world’s top technology companies did help its PC market position, but the company never regained the dominance it once had in PCs.

The mobile industry is another great example of how an open licensing policy has led to rapid market growth, the rise of many companies, and innovation on multiple fronts. The basic patents for cellular technology are held by a variety of companies, including Ericsson, Nokia, Qualcomm, and Google (this last in the form of the former Motorola assets). Now, relations in the mobile industry have not always been tranquil (see Smartphone patent wars), but in general, these companies agreed to act together for the benefit of their customers (the handset makers and communications carriers). Ericsson and Qualcomm used to make phones but no longer do. Nokia continues to make phones. Google, in competition with is own Android customers, makes something north of a reference phone.

What an industry arose from this open regime! The collective IP licensed by these companies and others has spawned a tremendous industry, with hundreds of manufacturers, tens of thousands of software providers, billions of customers, and trillions of dollars in annual revenue.   On the basis of this business model, the mobile industry has gone from selling bricks that no one would carry 20 years ago to today’s amazing smartphones.

There is literally a mobile phone for every person on the planet (although some people have several and others none). Around the world, the entire culture has been changed by the mobile industry.   Everyone is dependent on their cell phone. Any photograph taken in public today has someone looking at their phone. This is what an open licensing regime can do.