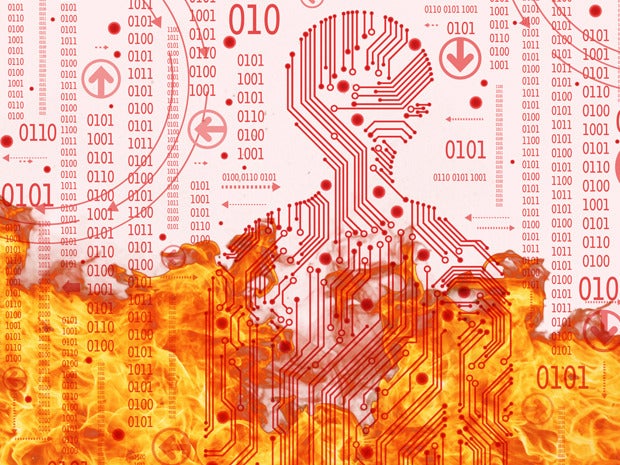 “You absolutely need IT certifications in order to advance your career and boost your earning potential,” say some people, certificates clutched firmly in their grasp.

“You absolutely do not need IT certifications in order to advance your career or boost your earning potential,” say some other people, hands astonishingly bereft of paper.

This is quite the pickle, a true conundrum. Two camps both claiming they have the right answer, but how do you decide who is right?

[ Don’t get caught in a dead end; avoid these IT jobs bound for extinction. Get an inside look at today’s top tech employers, and learn how to build your executive brand. | Get the latest career insights by signing up for our newsletters. ]

When it comes to the value of certifications in the technology industry there are definitely mixed feelings. While some see them as validation of their skills and evidence of their ability, there are some senior workers who hold the opposite point of view and believe that an IT worker’s true value and ability is demonstrated through their experience and the projects they have worked on.

It is perhaps unsurprising that companies who sell IT certification wax lyrical about the paramount importance of attaining that slip of paper. Professional Development and IT Training firm Global Knowledge recently released data on the 15 top-paying certifications for 2017. Eleven of these certifications are attached to salaries over $100,000, with the average salary across all 15 certifications averaging out at $109,721.

Getting qualified and earning one of these certifications can be a costly process itself, and some of the most sought after qualifications can potentially cost thousands of dollars. You would certainly hope that a significant time and financial investment by you (and your employer, if you are lucky) would yield some financial recognition or benefit, right?

Experts that claim that having an IT certification can boost your salary by up to 5% compared to non-certified staff members, according to a 2014 piece of research. Nevertheless, a 2017 survey focusing on tech developers intimates that one-third (32%) of respondents were officially certified in at least one or more professional qualification but only 21% of those who held certification reported any rise in salary.

What this tells us is that there is a strong possibility that employees place far more emphasis on achieving certification than employers do.

There is evidently value in getting qualified in some instances, outside of hoping for an increase in pay. Some jobs actually demand accreditation in certain circumstances; for example, the Department of Defense have some pretty strict requirements about what qualifications you need for specific roles.

UK-based developer David Bolton believes that certificates aren’t worth pursuing as technology evolves so quickly that the qualification becomes outdated rapidly. He also cites certification providers as lacking standards as well as employer apathy as further reasons he would advise against getting qualified.

That said, junior or inexperienced developers may feel pressure to prove their worth to employers or prospective employers by chasing certifications. Quite a lot of programmers nowadays are not pursuing a college degree and are instead taking vocational courses or teaching themselves to code. In this instance, a certificate can act as reassurance to an employer that you know your stuff; however, many developers or project managers involved in the hiring process will place greater weight on the applicant’s work outside of office hours, including side projects and additional learning.

I believe there is also a difference in attitude between start-ups and SMEs compared to large enterprises. Certifications, I feel, are more important in large enterprises, whereas in smaller companies things like open source contributions and hackathon contributions are more likely to be valued. Again, the jury’s out as far as employers are concerned.

So after these different perspectives, are we any closer to an agreement? Well… Not exactly.

If you’re an employee then you either like certificates because it backs up what you say you can do or you don’t like them because you think skill can be measured better demonstrated through other means instead.

If you’re an employer then certificates are either a good indication that a developer knows what they’re doing or, as one employer on Quora wrote, they would “ignore them just like [they] would ignore a college degree” and focus more on what practical examples a developer can offer.

Whether certification is worth it or not seems to depend on many factors; what point of your career you are at, whether you went through a college degree or are self-taught, the size of the organisation you are working for (or applying to!) and if you have relevant practical examples to illustrate your ability or not.

If you are to really focus and specialize in one area, then getting a certification might be not only beneficial and aid your likelihood of employment, but it might also wholly necessary.

I do agree with David Bolton when he says that certifications in the tech industry are, by their very nature, going to become out of date within 18-months as new technologies and techniques are created and distributed, such is Moore’s law, but I disagree with calling them entirely pointless.

Employers use resumes, including mentions of certifications and relevant qualifications, to screen their applicants during the hiring process. The only way you know for sure if a developer can cut the mustard is by looking at how they work, the way they code, and how they fit your organization.

Development is still in a bit of a punk rock phase. You make do with what you have and work stuff out; very much a DIY approach at times. If there’s something you don’t know and you need it for work then you learn it. Sometimes you get a qualification at the end of this process and sometimes – more often than not—you just get the work done.

Jamie Mercer is a freelance writer, filmmaker, and designer from the UK. Some of his previous work has featured on BBC Three, Metro Radio and ITV.

Mercer has a passion for technology and entertainment and he uses his experience of project and people management to write about jobseeking, recruitment, and self-development for workers in the technology sector.

With a B.A. in Broadcast Journalism from the University of Sunderland, Mercer has worked across a number of sectors on award-winning projects covering the likes of politics, mental health, and media. He has also given lectures and delivered workshops on digital technology.

In his spare time, Jamie likes to read science fiction and fantasy novels, play soccer and has an addiction to B-movies featuring sharks.

The opinions expressed in this blog are those of Jamie Mercer and do not necessarily represent those of IDG Communications, Inc., its parent, subsidiary or affiliated companies.