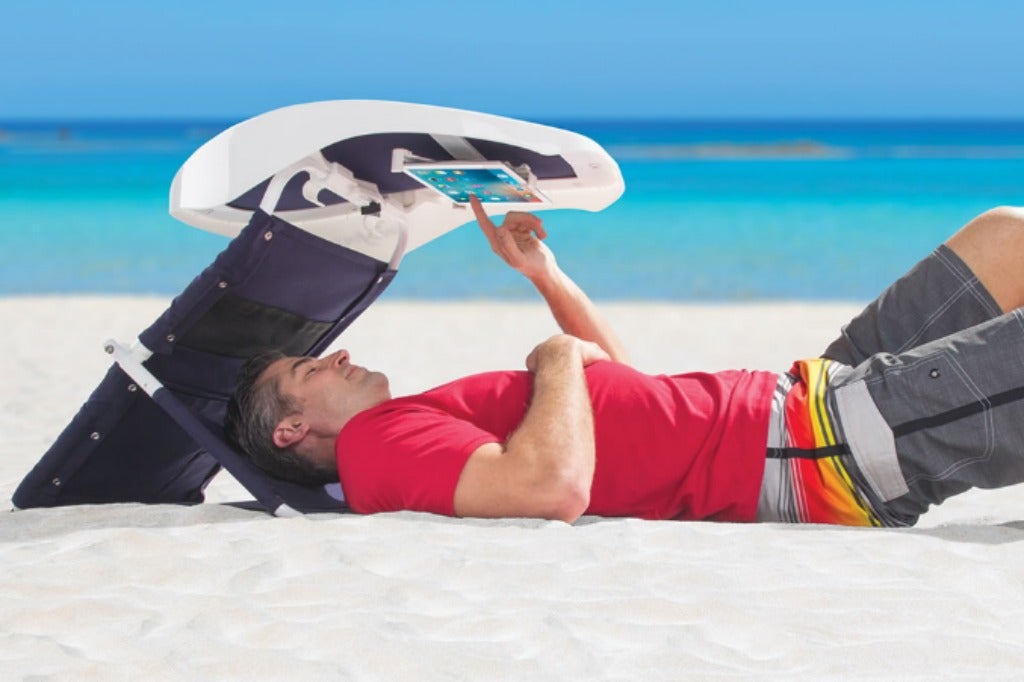 I always look forward to summer reading. For me, summer is a time to reflect and let fresh ideas flood in. As leaders of scientific and technical teams, you know the challenge of working with experts. Things move so fast that it’s hard to keep up. Getting your hands on the right resources can really help – and a book in hand is a great resource. Here’s my summer reading list – books gathered from The Economist, Fortune, The New York Times, Washington Post and conferences I attended with science and technology executives. I’m partial to readable, memorable books filled with lessons about technology, business and leadership – things I love. Like a vacation, great books give me new perspectives on what I’m doing and what I want to be doing. Have a look, I think you’ll find some good reads. Then let’s talk about them.

Best-selling authors of The Second Machine Age, McAfee and Brynjolfsson unearth the three major clashes shaping our future: minds vs machines, products vs platforms and core vs crowd. They see the world shifting to the latter in each pair with important consequences. Eric Schmidt, former Google CEO and executive chairman at Alphabet, Inc., calls this book the best explanation of what’s coming.

2. The Medici Effect: What Elephants and Epidemics can Teach us about Innovation, Frans Johansson (2017, 2004)

Named “one of the best books on innovation” by BusinessWeek, The Medici Effect challenges our traditional, misplaced notion that experts are the source of radical new ideas. Swedish-American entrepreneur Johansson points to creative sparks at the intersection of diverse disciplines, industries and cultures that ignite disruptive innovation.

Wall Street veteran Sallie Krawsheck predicts a Fourth Wave of feminism that will break this decade. As co-founder and CEO of Ellevest, a digital investment platform designed for women, Krawsheck believes that today’s increasingly connected and complex business world requires better collaboration and communication – skills at which women excel. Bringing these high demand skills into business, women will see their opportunities skyrocket.

4. The Inevitable: Understanding the 12 Technological Forces That Will Shape Our Future, Kevin Kelly (2016)

A founding editor of Wired magazine, Kelly optimistically peers into the future of artificial “smartness”, virtual reality and on-demand economy. This is a future of cognifying, sharing, tracking, accessing, filtering, and other ‘ings’ that smartly-designed robots could support. Kelly is sweeping and upbeat and so likely to be wrong in some areas, but he writes with compelling logic on a feast of exciting ideas.

Globalization has fundamentally changed the way we work. Baldwin, an American academic working in Geneva, reviews how Western economies grew through the movement of goods and how the movement of information, ideas and people is shaping the economies of the future.

In this historical look at market resistance to product innovation, Juma, director of the Science, Technology and Globalization Project at Harvard’s Kennedy School, examines debates over emerging and established technologies. While concerns are often couched in terms of health or environmental safety, he sees deeper roots for resistance based on perceived threats to values, cultural identity and social order. There are plenty of lessons for purveyors of new technologies.

Alec Ross, former Senior Advisor for Innovation to Secretary of State Hillary Clinton, writes a detailed, imaginative forecast of the future and predicts major innovations spawned by big data, cybersecurity, genetics, robotics and the effect of digital technology on money. Influenced by venture capitalist and futurist Marc Andreessen, Ross appeals to tech readers with discussions of Bitcoin, drones and technology’s impact on governments across the globe and on humanity.

8. Earning It: Hard-won Lessons from Trailblazing Women at the Top of the Business World, Joann Lubin (2016)

Lublin, the Wall Street Journal management editor, shares her story as a ground-breaking journalist in the 1970s and those of successful women who faced gender-related challenges to reach the top in corporate America. Lubin unveils personal narratives that reveal how sexism has been subtly yet solidly woven into the fabric of Western professionalism.

9. The Undoing Project: A Friendship that Changed our Minds, Michael Lewis (2016)

Moneyball author, Michael Lewis, brings clarity and drama to the complex history of decision making and behavioral psychology. This story of collaboration and friendship between Israeli psychologists Daniel Kahneman and Amos Tversky describes their world-changing discoveries about how our minds work and how we think about thinking.

Startups disrupt industries and supplant markets from bigger corporations, so how can your organization be out in front? This wide -anging, no-nonsense road map charts lean and agile practices that enable organizations to respond to emerging technologies and changing market conditions, to move fast and to scale innovation across the enterprise.

Since success as a leader depends on selling your ideas, persuasive public speaking is recognized as a critical skill. Gallo collected best practices from top TED speakers and outlines the skills needed to win the hearts and confidence of your audience.

12. Multipliers: How the Best Leaders Make Everyone Smarter, Liz Wiseman (2012)

Leadership researcher Wiseman categorizes leaders as Multipliers or Diminishers. By using questions, Multipliers amplify the productivity and intelligence of the team, while Diminishers’ authoritative behavior saps IQ and disempowers the group. Find out whether you are a Multiplier or a Diminisher; decide which you want to be. The success of your team depends on it.

A jaunty account of the formation, evolution and future of humanity, Sapiens highlights where mankind’s drive for self-preservation is leading us. Harari spells out how the Cognitive, Agriculture and Scientific Revolutions shaped humans and what’s next. An eccentric storyteller, Harari is one worth reading.

14. Five Dysfunctions of a Team: A Leadership Fable, Patrick Lencioni (2002)

A consistent best-seller, Five Dysfunctions of a Team is a must for anyone leading a team. Consultant and speaker, Lencioni illustrates team failures due to absence of trust, fear of conflict, lack of commitment, avoidance of accountability and inattention to results. Lencioni describes how to build trust and listening skills among team members, get buy-in from highly educated professionals (particularly relevant in sci/tech fields), and form a stable team from the start.

Fortune asked CEOs to name the best business book ever and they all named, Good to Great. In this timeless work, Collins outlines five levels of leadership, what differentiates great companies from the masses of good ones and the pitfalls of competence. If you haven’t read this classic, now is the time. President Harry S. Truman had an astute observation in his comment, “Not all readers are leaders, but all leaders are readers.”

Sandra Smith is Director of Brown University's Executive Master in Science and Technology Leadership (EMSTL) program, an intensive, 16-month program that prepares engineering, science, and technology professionals to become business leaders who drive innovation in today’s rapidly evolving, global markets. Sandra has more than 20 years of experience bringing new products and services to market for Fortune 500 companies and advising senior executives at software and hardware companies on strategies for growth.

Sandra earned a BS with honors and MS in industrial engineering from University of Toronto and an MBA from the Wharton School, University of Pennsylvania.

The opinions expressed in this blog are those of Sandra Smith and do not necessarily represent those of IDG Communications, Inc., its parent, subsidiary or affiliated companies.