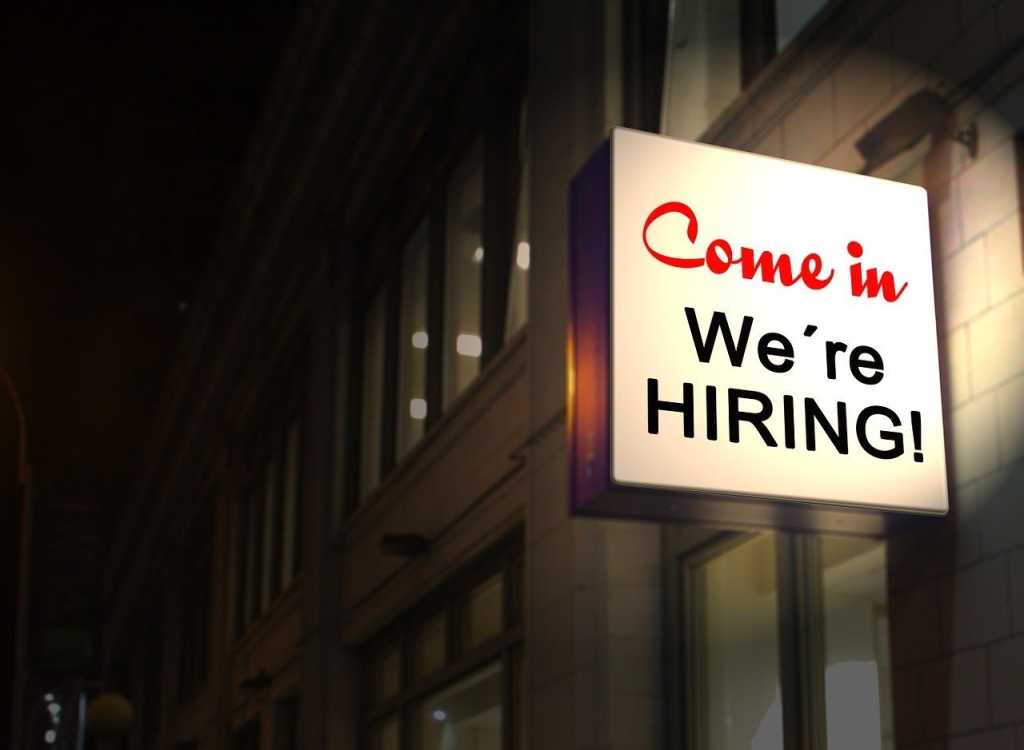 Wall Street and Main Street may not have the immediate tech appeal of Silicon Valley, but industries like financial services and manufacturing need elite technical talent just as much as — maybe even more than — tech startups. Finding that talent, attracting them to your organization and retaining them for the long term is one of the biggest challenges facing financial services CIOs right now, says Shelton Shugar, CIO of Barclaycard. The same can be said for other verticals beyond the Bay Area.

“Our biggest challenge is competing for the same pool of talent that so many other companies are looking for. When we’re looking for highly talented developers and engineers, we’re often competing with a lot of other major companies for that same talent. It’s sometimes difficult to find and retain the type of talent that has the right skill sets for our business,” Shugar says.

Barclaycard’s headquarters in Wilmington, Del., is about as geographically far from Silicon Valley as you can get, but by taking a page from Silicon Valley’s recruiting and retention playbook, Shugar and the executive and HR teams have been enormously successful in attracting and hiring elite tech talent, some from as far away as Seattle and even the Valley itself, Shugar says.

Much of that starts with awareness and branding; first by emphasizing the benefits of living and working outside Silicon Valley, and also by elevating Barclaycard’s brand as an employer of choice, focusing on culture, mission and purpose and leveraging unconventional screening practices like blind coding challenges.

[ Retain your best by knowing the 9 reasons good employees leave — and how you can prevent it. | Be sure to define your organization’s culture before it derails you. | Get the latest CIO insights with our CIO Daily newsletter. ]

“We do a lot to inform potential recruits about working and living in Wilmington and its suburbs. In fact, a train ride from Philadelphia to Wilmington is less than 30 minutes, so potential employees could easily commute from Philadelphia. We’re also ideally located less than two hours from some of the East Coast’s largest cities — New York City, Philadelphia, Baltimore, and Washington D.C.,” Shugar says, which opens up the potential talent pool. An emphasis on the opportunity to work on meaningful projects that have a global reach is also important, says Shugar, as well as Barclaycard’s partnership with OpenBracket, a local not-for-profit that works to improve the perception of Wilmington as an excellent place for technical talent to live and work.

“We’re focusing on branding Barclaycard as a key employer for top technology recruits. We’re working on getting the message out that we’re not just a traditional financial company; we have exciting work going on here. We’re out there looking for talent in different ways — we’re going to local and national meet-ups, getting involved in external recruiting activities, and exploring non-traditional networking tools. Traditional tactics like internet postings haven’t worked for us; so, we’ve modified our recruitment and internet approaches, and applied a more interactive approach to interviewing. Onsite job fairs have proven to be successful, and we’ve also used Hacker Rank to help identify potential candidates that best meet our business needs,” Shugar says.

That strategy also has been successful for Matt Morgan, head of people at home buying technology company Blend, who has increased headcount by roughly 40 percent since starting at Blend in September 2016. Morgan’s approach to hiring focuses on emphasizing the company’s mission and purpose and candidates’ ability to make a major positive impact on the lives of end-users and customers, and that focus has helped in attracting talent from industry titans like Facebook and Box, as well as top institutions like Stanford University and Carnegie Mellon University, Morgan says.

“What tech companies offer, first and foremost, is the ‘we can change the world’ mentality, which people are really looking for. And we have a really exciting purpose to our business if you think about it — we’re making people more productive, financially secure and successful, as well as making consumer finance more transparent, so that brings people in the door, and of course we have a lot once they’re here to keep them happy and engaged,” Morgan says

That’s extremely important for today’s tech professionals at all seniority levels, according to new research from Kronos and FutureWorkplace. While salary and benefits still matter, the results reinforce the notion that CIOs need to take a page from Silicon Valley’s playbook and focus on culture, mission, purpose and values.

According to “The Financial Industry” survey, which polled 806 U.S. financial services employees at all seniority levels conducted between March 27 and April 4, 2017, flexibility, philanthropy, meaningful work, transparency and innovation emerge as the defining issues that matter most to this multi-generational workforce.

“One in every four respondents from the survey say they would rather work in the technology industry. So, what can financial services do about that? They have to focus on the employee experience and on culture,” says Dan Schawbel, partner and research director at Future Workplace, and author of Promote Yourself: The New Rules for Career Success.

Money still matters — but isn’t everything

What does that look like? It means going beyond compensation and benefits — which are still important to current and potential employees, according to the survey — and focusing on other factors employees care about.

Flexibility, too, is a major factor in attracting and retaining top talent, says Schawbel; the issue comes up as an important issue for job seekers in nearly every survey and it’s not going to be overshadowed by higher salary rates.

“Not to beat the dead horse, but flexibility and remote work, job-sharing, compressed schedules are a huge factor. Yes, good pay and benefits matter — in fifty years, those things will still matter. But looking at Silicon Valley and taking cues from that means you have to consider flexibility,” he says.

If your organization is competitive when it comes to salary and benefits but you’re still having issues attracting the type of talent you need, then you need to take a hard look at the employee experience you’re offering, and at how you can improve engagement, says Malysa O’Connor, senior director of industry marketing at Kronos.

The employee experience encompasses what it’s like for workers day-to-day — everything from your dress code to the quality of managers to philanthropy, mission and purpose, engagement and morale.

“There’s no reason working in financial services and helping to improve someone’s life or a customer’s experience have to be mutually exclusive,” says O’Connor. “Financial services companies, mortgage companies — they’re never going to be Google, honestly, but that’s okay. They don’t have to be. A lot of what makes Google and other tech startups who they are is the employee experience and how talent is engaged and motivated. Culture doesn’t cost a lot but it really does make a major difference,” she says.

How can you drive engagement? According to the Kronos survey, employee engagement is driven by meaningful work, opportunities for growth, rewards, and reducing office politics.

When asked what their employer could do to attract and retain talent, 54 percent of employees say that companies should reward people more than once a year with a bonus; 47 percent say the company should recognize people more often; 38 percent say that the company should provide ongoing coaching and development; and 29 percent say their companies should provide more training for managers. Employees also felt that time off for professional development (28 percent) and volunteering (20 percent) would help attract and retain great talent, according to the survey results.

“One of the things in this survey, even across different generations, is people need to understand the mission and values piece of a company before they go work there. What’s the company all about? What do they stand for? I find it really powerful that 76 percent [of respondents] needed to know what that mission is before they even consider employment. People need to feel that what they do matters and understand how that purpose connects to the larger goals of the business,” says O’Connor.

A culture of innovation is critical to attracting and retaining talent, too, according to the survey. Seventy-nine percent of financial services employees say that working for an innovative company is important to them. While 75 percent of employees say they view their companies as being innovative, many still see ways for their company to improve including allowing for the free flow of ideas (53 percent); having a budget for investing in ideas (37 percent); holding idea competitions (35 percent); and hiring entrepreneurial employees (31 percent).

That also involves innovative technology and offering candidates the ability to solve complex problems, says Shugar, not just in the U.S. but through global opportunities. Barclaycard has invested significantly in an innovation agenda, Shugar says; hiring a top technical innovator, Michael Harte, to run the innovation agenda for Barclays, and supporting technology incubators in six locations around the globe.

“Our aspiration is to transform from being a financial services company offering technological solutions to being a technology company that offers financial services. The industry has such a broad impact on business and society, and making financial services easy to use is a great challenge for any top technologist! We offer people the opportunity to utilize their technology talents across the Atlantic and their work has a global reach — from Germany, the UK, to India and beyond,” Shugar says.

In the war for technical talent, it’s important to go above and beyond the “table stakes” of salary, healthcare benefits and paid time off, says Shugar. Top talent is attracted by a combination of technical challenges and the opportunity to make a big impact on the world, as well as company culture that fits their values and lifestyle.

“You have to make the value proposition real; no gimmicks. Focus on making the job attractive first, and the compensation piece second. If you have these things, then your challenge becomes more about how to get the message out, make it believable and show candidates the opportunities. If the candidate is hooked on startups and the illusive opportunity to hit a financial home run, move on,” Shugar says.

“Employees in all industries today care about competitive pay and benefits, yes, but they also care deeply about flexibility, meaningful work, and choosing an employer that is a good corporate citizen. By promoting flexible environments, investing in philanthropy and connecting work done to positive changes in the world, financial services institutions can continue to succeed and grow in today’s global economy and remain an attractive industry for the younger generations,” says Schawbel.