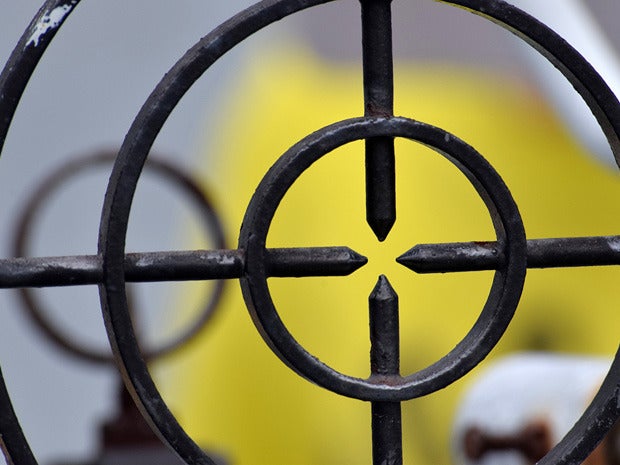 There are two ways to look at the current fate of the CIO role: Either the CIO is in the perfect place and time as the worlds of business and IT converge, or they are standing squarely in the “kill zone” waiting for those same converging forces to fell them.

I have been covering digital transformation for over three years and have watched with fascination as it has evolved from a new idea to its present state of frenzied hype. My hope was that as its mind share reached critical mass with business and IT executives, there would be a renaissance in strategy and action within executive suites.

Unfortunately, it appears that organizations have realized only the first half of that hope.

But that’s where the good news stops. According to this same study, which surveyed nearly 4,500 technology leaders in 86 countries and bills itself as the largest IT leadership study ever undertaken, the value realized from these digital strategies is severely wanting.

Only 18% of organizations claim to be very effective at utilizing their strategy, and a full 88% feel that their business has yet to fully benefit from it. What gives?

Anecdotally, IT executives seemed to have received the memo that transformation is a top-of-the-agenda item.

“The traditional CIO role is already extinct – commoditized infrastructure, apps, and specialized delivery platforms as a service have become a mainstay for many industries,” said Yuri Aguilar, global director of innovation and transformation at Ogilvy & Mather Worldwide. “Today’s CIOs must be leaders that can influence the revenue stream and tie their business strategies to solutions in the most secure and cost-effective manner and in the shortest possible time to market.”

Statements like this permeate the industry press, and when I speak to executives at industry events, they likewise share the same sentiments. Yet, it appears that delivering on this transformational promise is proving more difficult.

One reason is that digital transformation is fundamentally a cultural change activity. That means that CIOs must start by winning the hearts and minds of their teams and their executive peers to effectively lead the transformational effort. Their own shift in attitude is the first step in that process.

Many IT leaders, to be sure, are at the early stages of this process – thus accounting for the disparity between these kinds of statements and the apparent lack of outcomes. But we’ve been talking about this for some time, so I fear that another more likely cause is that far too few executives are doing the hard work of cultural and organizational change.

The difficult challenge of finding balance

A second reason that executing digital transformation is challenging is the increasing complexity of the enterprise technology stack and the delicate balancing act that CIOs must perform to simultaneously innovate while continuing to deliver the reliability and consistency that enterprises demand.

The challenge of this balancing act is made evident in two interesting findings from the study. The first is that for the first time in at least the last five years, the top priority for IT executives is to ensure “consistent and stable IT performance,” which represented a 21% increase in that response over last year. At the same time, while it was only the fifth highest priority, “developing innovative new products and services,” also increased 21%.

The CIO conundrum is on full display here. The two fastest-rising priorities seem to be at counterpoints: ensure stability while increasing innovation.

While I am heartened that innovation is both a top-five priority and showed such a substantial increase, I fear that this shift to a greater focus on consistency and stability is a reactionary and backward step. After all, while stability is undoubtedly important, it will not propel an organization into the role of disruptor. Some CIOs seem to understand this.

“The challenge is not how do you innovate, if you innovate or if you bring disruptive thinking to your business. It’s,’What if you don’t?'” shared Robyn Randell, vice president of IT with Burberry Asia Limited. “Give people space to innovate whether you call it ‘innovation’ or not. Test ‘bright ideas’…in low-cost and low-risk ways. Challenge politics, evolve established practices and find future-facing internal leaders to partner with.”

What I fear, however, is that while CIOs may understand the new role that they must play, far too few are stepping up to fill it. In the study, a full 60% of executives felt that the CIO should be leading innovation across the business, yet only 25% of those same executives are actually doing so.

I believe that this leadership gap is the reason behind the fact that 25% of enterprises now have a chief digital officer (CDO), versus only 7% just four years ago, as they struggle to make “digital” a strategic capability. That trend bodes poorly for CIOs that do not step up and fill the leadership gap that is theirs for the taking.

“At the same time as we are experiencing double-digit growth, we are also transforming the IT model to have it completely focused on our users’ and clients’ digital experiences,” shared Christian H A Reis, CIO of VLI Multimodal SA. “The challenge requires a new mindset, from the IT team to vendors and business areas. The transition requires careful steps when shifting to the new model, as both will coexist for some time until the move is irreversible and contagious.”

As Reis explains, the path and balancing act is unquestionably difficult, but also inescapable. It requires a top-to-bottom re-envisioning of both the role of IT and the role of the CIO. But it’s a personal and organizational transformation that must happen – and the time to do so is now.