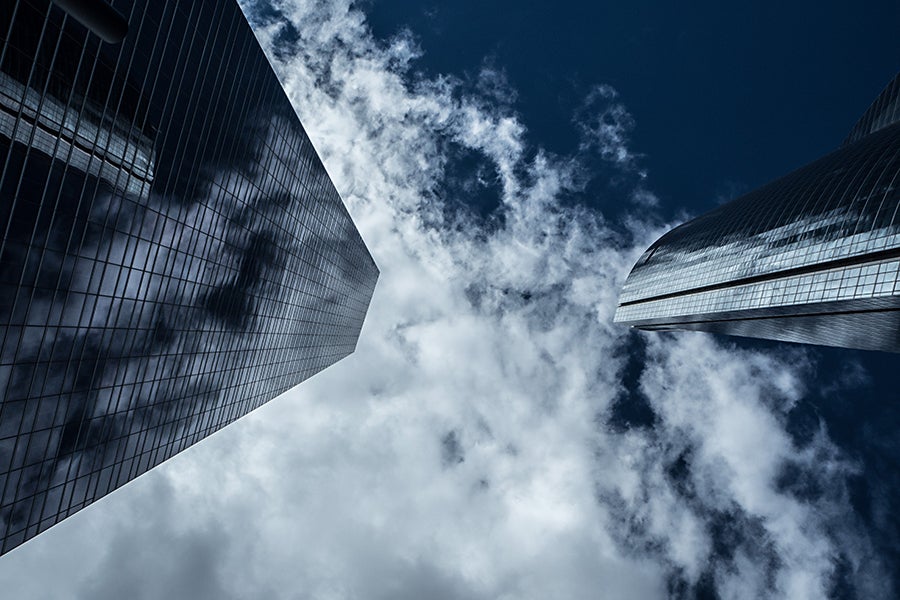 In 2015, Mary Cecola, CIO of Antares Capital, was faced with a dilemma.

At the time, the provider of capital solutions to private equity firms was a unit of GE Capital. Then GE decided to sell Antares to the Canada Pension Plan Investment Board (CPPIB) in a deal valued at about $12 billion.

“There were some unique challenges with the Antares divestiture,” Cecola says. “The Antares infrastructure was all run by GE. We had an 18-month transition services agreement. I was brought in four months into that. I was the only IT employee, and my goal was to ensure Antares was a standalone business by February 2017.”

Part of the transition agreement was the understanding that Antares couldn’t run dual networks. GE’s IT would pull out on a Friday and Antares’ new IT shop would be up and running on Monday when employees came in.

“Security, printers, desktops, phones, Wi-Fi ports — we had to put that all in on a weekend across five different cities over a period of seven weeks,” Cecola says.

As a result, Cecola was faced with the rarest of cases for most CIOs: greenfield infrastructure, greenfield technology and a greenfield staff.

“Greenfield was a real responsibility,” she says. “I didn’t want to create technical debt for the organization.”

Cecola felt it was essential to build an infrastructure for Antares Capital designed to support mobility. She notes that Antares deal teams can move through and close a deal in six to eight weeks, and they need their technology and applications to support that.

The only way to make it happen was to go cloud-first. Cecola plotted her first steps with care.

On the hiring front, her first move was to recruit an information security officer, as being entirely in the cloud required layering security all the way through its implementation. Cecola wanted security laced into everything her new team would build and design.

“You want an information security officer that’s able to design security from the bottom up, be a key part of discussions with the team, and able to talk to regulators and auditors, align with those groups,” Cecola says.

To thrive, she says, an information security officer with a cloud-first mindset must be able to move away from discussions about whether the cloud is safe and instead be freed to work with stakeholders to understand what is necessary to ensure the organization is safe and then take steps to meet those specific needs.

From zero to infrastructure, with an assist from managed services

Meanwhile, Cecola had to get started on Antares’ new infrastructure. She wanted her new team to focus on applications — things that change the business — rather than running the business. She opted to bring in a managed services provider (MSP), Avanade, to take care of the infrastructure components.

“You don’t realize what it means to have nothing until you have nothing,” she says. “Very quickly, I had to staff up. You can hire, but you can’t hire as fast as it takes to bring in managed services.”

Initially, Cecola saw the cloud purely as an infrastructure play, a way to replace her servers. But with the process underway, it quickly became apparent that it changed everything.

Three cities in to the five-city rollout, Cecola and her team realized that the specs for the virtual desktops weren’t sufficient — they didn’t have enough memory and the dual-core CPUs couldn’t handle the load.

“In one night, we doubled the memory and put in quad-core processors,” she says. “We were able to do that in two hours on a Saturday night with no disruption to the business. If those had been physical computers, the replacement would have killed me.”

The cloud-native infrastructure has also changed the way Antares approaches things like disaster recovery. Typically, in a piecemeal approach to the cloud, teams move into the cloud, move test and then move disaster recovery. Architecting for cloud from day one meant Antares could build redundancy into one region, then build it into another region, and expect it all to work together.

“The speed we can do things for the business is tremendous,” she says. “I can be so business-forward now. I’m able to just look forward and work directly with the business on strategic initiatives. I don’t have to drag them through detailed infrastructure discussions like I’d done before [in previous jobs]. Being cloud-forward gives us so much flexibility.”

Being cloud-first is easy to say, but difficult in practice. Culture is a key component to success that must be established from the get-go.

“It is a cultural change,” Cecola says. “The whole cloud world, and I would add digital world, is cultural. You really have to look at the team you have and ask, ‘Is this the team that can get me there?’ You need to hire specifically for people who are thinking that way. Culture is going to drive you there. Do it for the business, not the technology.”

“It’s hard to unleash that digital culture if you aren’t truly embracing it,” adds Mick Slattery, president, North America at Avanade. “How do you bring that culture along? You need strong leadership and sponsorship from the CEO, the business, the CIO.”

Most organizations won’t have the benefit of a greenfield staff to play with. For CIOs in that situation, Cecola recommends building a special team dedicated to the digital transformation mentality.

“If I were to go back to another firm, I would try to separate from myself, go bi-modal,” she says. “Get another team and just begin attacking it. Evaluate your vendors and your tools. They don’t all work in the cloud. Create a team that’s really passionate about it.”

“You can’t flip a switch and be digital,” Slattery adds. You need to have a plan about how you’re going to continue to evolve. We’re seeing our clients tend to start with net new services or applications, digital interactions they’re creating. The challenge is to bring that together more holistically and look at the broader estate. How can you run various business processes today and think different of how to do that in the digital world?”