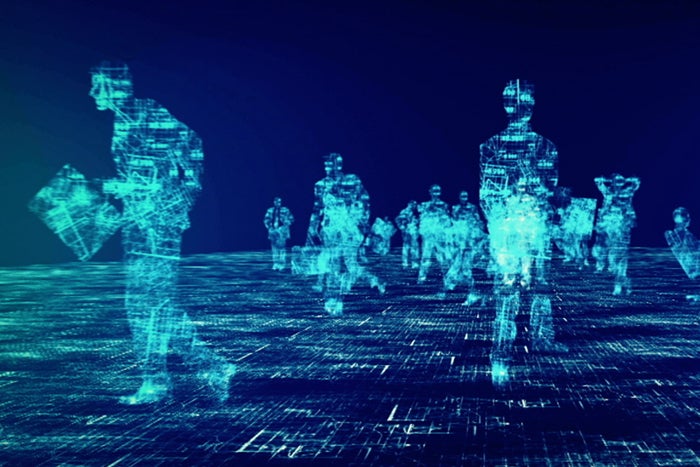 What might sound as some sort of a word play has indeed deep implications. The world is changing at rapid pace. Overall, cloud revenues are poised to reach $411 billion by 2020—nearly twice as much as in 2016, according to research from Gartner. From 2016-2020, Infrastructure-as-a-Services (IaaS) spending is even expected to triple as cloud services gain maturity and increasingly become the default option.

While the role of the CIO has constantly evolved over the past decades, the changes for the CIO resulting out of the digital pursuit are perhaps greater and more fundamental than ever before. The very core of the CIO’s role — namely operating IT — moves increasingly into the back as enterprises strive for a “cloud-first” approach. On the other hand, a whole new range of tasks is being put onto the CIO’s shoulders, requiring additional capabilities and demanding much greater emphasis on areas such as innovation or crafting and orchestrating digital ecosystems. Here are some examples:

The need for constant innovation

Release cycles are accelerating in the digital age, and new technology is mushrooming in no time. Since these technologies build the foundation for entire digital business models, CIOs cannot afford not to be on the constant look out for new trends and emerging products. Rivals might adopt these products quickly and turn them into a competitive advantage to poach the incumbent’s customers. If there is one thing in the digital era that matters a great deal, it’s time-to-market. Thus, CIOs need to enhance the service catalog continuously to take advantage of new technology and meet increasing business demands.

As a positive side effect, savvy CIOs also see the benefit in closely collaborating with their line of business (LOB) peers in an effort to reduce shadow IT. When clearly understanding and catering the LOB needs by enhancing the portfolio and selecting the right offerings, the likelihood of LOBs going astray will be drastically minimized.

The paradigm is shifting from bottom-line to top-line

Rather than focusing on gaining efficiencies and contributing savings to the bottom-line of the P&L statement (aka Mode 1, see bimodal IT), the actual question is how CIOs can help building, enabling and implementing new digital use cases that lead to top-line revenue growth (aka Mode 2). The CIO will be deeply embedded into drafting and implementing the corporate strategy. Instead of being a support function, IT builds the backbone for the digital enterprise. The equation couldn’t be any simpler: No IT = no digital business.

In other words, the success of the CIO on the company’s future growth has never been any greater. That’s good news and a unique opportunity on one hand, but it comes along with high expectations and an extra burden on the other hand when moving straight into the spotlight.

Offshoring was yesterday, automation is what matters now

To succeed in a “cloudified” world, CIOs need to focus upon ruthlessly automating and centralizing the IT value-chain. Offshoring has become a bit stale. Gaining efficiencies through labor arbitrage was yesterday — something that made a lot of economic sense in the pre-digital era, when CIOs operated a grown and highly diversified estate, with a lower degree of virtualization, a great deal of legacy systems and a lot of dedicated IT equipment that needed plenty of manpower.

However, in the digital era IT will become as easily consumable as power out of a socket. Even better than low costs is no costs! Therefore, strictly enforcing automation wherever and whenever possible will not just make commissioning and decommissioning significantly faster and provide a much better user experience, it will also preclude human error. “Zero-touch” is the new mantra, requiring putting APIs first, and strictly focusing on themes such as Infrastructure as Code (IaC), continues delivery or auto-scaling, for example.

Building platform capabilities and a whole digital ecosystem comprising clients, suppliers, business partners and emerging startups across a multitude of service providers will become a key differentiator. Going forward, digital-savvy players will compete less on a company vs. company level. Instead, ecosystems will ultimately compete for both mindshare and market share. However, envisioning, conceptualizing, implementing and managing these ecosystems on a daily basis will require additional skills.

This not just includes the enterprise architecture domain to begin with but also expertise in alliance management as an ecosystem goes far beyond a traditional customer-supplier relationship. For example, orchestrating these distributed and wide-ranging partnerships or collaborating with startup rather than relying on in-house resources, will be highly demanding tasks. It might sound simple but excelling in these disciplines, and turning them into a real competitive advantage, will need vision, roadmap, time and dedicated resources.

With IT infrastructure becoming more and more of a commodity, CIOs will be shifting their attention toward brokering services that enable them to plan, procure and orchestrate cloud services from multiple vendors across hybrid clouds from a single pane of glass. In the old days, migration costs represented a burden toward the cloud, entailing a breakeven only after depreciating the initial transition efforts.

However, in a commoditized and cloudified world, in which a standardized VM can be moved per click from one provider to another, companies will be willing to more frequently change providers and “cloud arbitrage” becomes the new norm. (Take the recently announced availability of VMware Cloud on AWS as one example underlining this trend.) As a result, CIOs will spend more time on comparing and selecting providers that best suit the business needs, and procuring resources based on the company’s policies and governance will enjoy greater emphasis. The same applies in terms of managing service level agreements (SLAs) and claims, if SLAs aren’t fulfilled as promised.