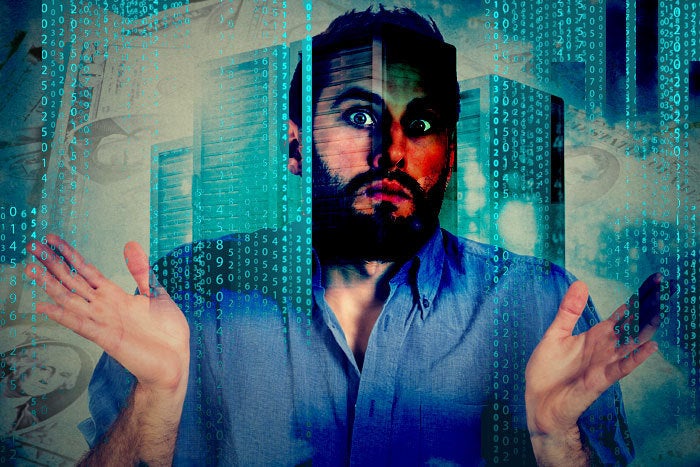 When talking with CIOs and other senior executives, cloud computing is often cited as the foundation of a given digitization strategy. It is typically associated with forward-thinking attributes known from mode-2 (see bimodal IT) such as greater flexibility and agility, faster time-to-market, and being a booster for innovation. However, despite the euphoria to leverage cloud computing to conquer the digital world and produce new top-line growth, behind the curtain, the quest for good old cost reductions — known from mode-1 — still seem to dominate the agenda.

In a global poll of more than 1,000 Chief Information Officers (CIOs) and other senior executives, more than half (53 percent) cite cost savings as the top initiative for 2017, according to RightScale’s 2017 State of the Cloud Report. Among mature cloud users, the priority is even higher with 64 percent — inferring that embarking on the journey hasn’t currently paid off as much as expected.

The underlying rationale: economies of scale

Cloud computing is indeed all about economies of scale. Service providers build state-of-the-art computing factories, hangars filled with the latest IT equipment that is highly standardized and fully automated. Ultra-high density (expressed in a PUE ratio near 1.0) combined with mass volumes allow per-unit costs that are not achievable in a do-it-yourself approach on-premise. Size makes a huge difference in this equation. While providers initially headed east to set up their operations centers in an effort to take advantage of labor arbitrage, automation has become the new priority — following the mantra “the only thing better than low costs is no costs”. While legacy IT was individually tailored and customized, Infrastructure-as-a-Service (IaaS) is on its way to becoming a commodity. Consumers ultimately procure a plain virtual machine (VM), which in turn leads to fierce competition and price battles between the providers as it is becoming more difficult for them to differentiate their services.

But if in theory things are straightforward, the per-unit costs are lower when leveraging the cloud and there is stiff competition in the marketplace among the providers, why are some companies struggling to decrease their total cost of ownership (TCO)?

The fact of the matter is that not all applications and legacy systems are cloud-ready. Parts of the existing landscape on-premise might be more complex and difficult to move than originally anticipated. Companies not thoroughly assessing the landscape and failing to come up with a well-thought-through transition and transformation (T&T) program might all of a sudden find themselves confronted with not being able to keep the project schedule. Consequently, it takes more time and efforts to complete the migration, which can lead to significant cost overruns.

Cloud computing has experienced exponential growth over the past years and is expected to climb even further, making talent on the market scarce and expensive. Missing skill gaps not only create loopholes during the planning phase, but also makes it more difficult for companies to move up the IT stack and build more sophisticated use cases beyond just using IaaS. Although the situation is improving overall, missing resources or expertise is still a challenge in 2017 for 25 percent of respondents according to the RightScale report, down from 32 percent in 2016.

Misallocation of IT assets

Cloud users underestimate the amount of their wasted spend. While costs often appear low in the public cloud space at first glance, especially when temporarily using capacity, these costs quickly pile up when occupying resources on a permanent basis. Sizing plays another important role. Whether it’s regarding oversizing VMs or commissioning high-performance storage for non-critical data that is accessed infrequently, there are plenty of examples of how to put on “cloud fat”. While respondents estimate that around 30 percent is going down the drain, RightScale has measured actual waste to be between 30 and 45 percent.

Despite an increased focus on cost management, only a minority of companies are taking critical actions to put governance in place with a quarter of all respondents citing managing cloud spend as their biggest challenge. Yet, with an ever-increasing spend on cloud computing, the need for proper housekeeping has never been greater. Tools help in taking a strategic approach and giving organizational and financial context, providing a single-pane-of-glass to monitor, manage, and optimize both usage and spend. Moreover, automated daily reporting will help in identifying and shutting down idle capacity.

Cloud computing and the costs doesn’t have to remain a love-hate relationship. When planned well beforehand and deployed in a smart fashion, the cloud will make perfect economic sense. This doesn’t just apply for possible cost savings but also — and perhaps even more importantly — for enabling top-line growth. Thinking along the categories people, processes, and tools, will enable companies to come up with a comprehensive game plan that helps overcome the challenges outlined beforehand. Whether it’s all about the Internet of Things (IoT), collaboration services or data-centric business models involving multiple data streams and sources, the cloud is typically the location of choice for a whole array of use cases. Attempting to succeed in the digital age without leveraging the cloud in some shape or form is like trying to cross the Atlantic in a paddleboat. It’s not entirely impossible, but the odds aren’t that great and I wouldn’t recommend trying it!