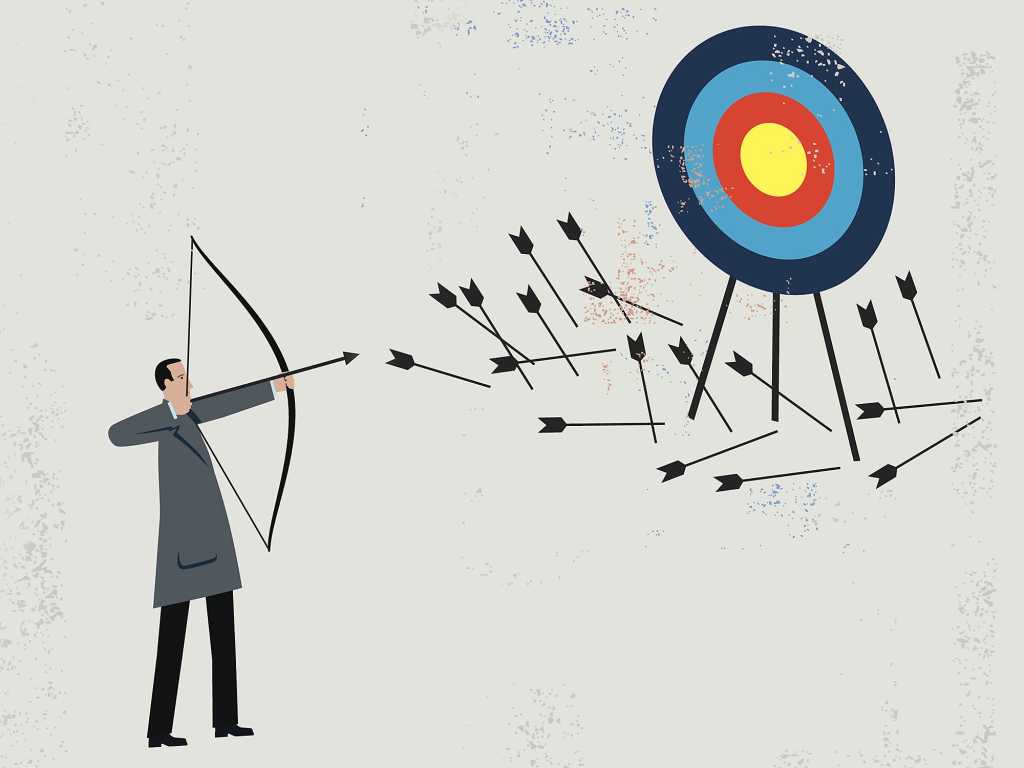 If the statistics are right, success for many technology projects remains elusive.

Research from Boston Consulting Group, for example, has found that 70% of digital transformations fall short of their objectives. Similarly, the 2020 Global Application Modernization Business Barometer Report found that 74% of organizations that had started a legacy system modernization project failed to complete it, consistent with the 70% rate of failure McKinsey & Co. reported several years ago.

Although very few tech initiatives are a complete bust, CIOs and executive advisors say only a minority of IT and tech-led transformation projects deliver their full anticipated value. Some of these projects don’t generate the expected returns. Others don’t meet user needs. Still others don’t enable the full range of hoped-for capabilities.

Sometimes projects fall short on technical components; for example, they may be prone to glitches or incapable of matching demand — as websites built for COVID vaccine signups have shown.

“They can fail technologically, or you can have projects that are technically sound but aren’t the right solutions for the business,” Greg Stam, managing director for advisory services, the management consulting arm at Ahead, says of what failure looks like for IT projects today.

There are multiple, interrelated factors that frequently contribute to IT projects falling short of objectives. Here’s a look at 10 common issues.

Alignment exists at the top, but not throughout the organization

Most CIOs have gotten the message that IT strategy and business strategy should be aligned. But even when those strategies are built together and entwine, executives often struggle to drive that sense of alignment down through their ranks, Stam says. As a result, the various IT teams and business units that must collaborate and coordinate for tech-led initiatives can’t see how their roles fit into their organization’s roadmaps and its overall strategic objectives. That lack of widespread alignment then delays project delivery times, stunts the ability to create all the potential capabilities initially identified, and tanks a project’s success.

Stam says he saw a company struggle with this when it was implementing a new system designed to streamline the flow and use of data; the application team was on track but had to wait on the data team, which wasn’t aligned to the importance of the project nor its timeline for completion.

No clear definitions of success

Digital transformation is top of mind for most organizations, but as Thimaya Subaiya, senior vice president of customer experience at Cisco says, the term is both overused and misused.

“I see IT organizations go off and talk about where they’re heading, talk about how they’re digitally transforming, when they really mean they’re just upgrading systems. There’s no connection to the business metrics or where the business is going and business requirements,” he explains.

CIOs and their business colleagues should always have clear ideas on what success will look like and what metrics will be used to measure outcomes. Otherwise, there’s ambiguity on ambitions, project delivery requirements, and ultimately how to define success, says Sunil Kanchi, CIO and chief investment officer with UST, a digital transformation solutions company.

Kanchi adds: “Not being able to define the outcome fully because the outcome is changing so much, that’s one of largest points for not being successful.”

Even when business and IT are aligned throughout the ranks, projects can still fail during execution if executives don’t prioritize the work and commit the resources needed to complete the initiatives, Stam says.

“The project becomes another series of tasks that are lumped on top of everything else and it all becomes part of the backlog of IT tasks to do. Then the CIO gets questions on why the projects got stuck,” Stam says.

The value of change management is underappreciated

Executive advisors say they still see executive teams inadequately address inertia and outright resistance to change, and as a result are more likely to see their tech initiatives fall short of expectations.

Statistics back this up: The International Project Management Association, for instance, found that only 63% of companies involve change management in some capacity with their projects.

Thomas Phelps, CIO of Laserfiche and an adjunct professor at the University of Southern California, says he saw that scenario play out at a company implementing a customer relationship management (CRM) system; the technology worked but staffers didn’t want to incorporate their contacts into the centralized system, as they considered those customer leads proprietary and a big part of the value they brought to their jobs. Although it wasn’t a technology oversight, the failure to incorporate a plan to address such concerns and promote adoption led to the impression that the new system wasn’t a success.

A 2019 report on project management found that only 60% of those surveyed consistently apply risk management methods throughout the course of a project.

Experienced project leaders say that’s a mistake, as planning for problems can help CIOs and their teams head them off or avoid them all together.

“There’s always chaos that happens with IT projects, so we have to expect it. You have to anticipate that risks will surface and have a process to respond,” Phelps says.

Those risks could be financial, organizational, operational, or technical. They could relate to vendors who overpromise or underdeliver. Or they could be tied into deployment plans or user demands.

Phelps points to the problematic 2013 rollout of Healthcare.gov, which crashed within hours of launch due to the unanticipated high use, noting that if project leaders had identified and addressed that probability, they may have been able to mitigate it in advance and avoid such a high-profile derailment.

Not really being agile

Subaiya is skeptical about the chances of success when he hears someone say they have a perfect plan; he says he has more faith in those who peg project completeness at, for example, 60% and leave room to tweak along the way.

“You can’t give IT a perfect spec to build; IT needs to be flexible to make projects work and respond to changing markets,” Subaiya says.

While many organizations say they’ve adopted agile methodologies, most have yet to fully implement all its principles, including the use of feedback to shape development and end results, as well as a genuine willingness to pivot as that feedback is offered, veteran IT advisors say.

“Most organizations are still not doing agile well. They’ve embraced it in concept, but they haven’t embraced it in execution,” says Robert McNamara, who leads the strategy practice at the advisory firm Guidehouse.

Without that embrace, McNamara says, finished projects won’t deliver all that users need and want.

Dictating too much to IT experts

Although agile development methodologies seek out and value user feedback, Stam says technologists must retain a voice in shaping IT projects. After all, the technologists generally know better than others the potentials and pitfall of the technology they’re implementing.

For example, users may ask for a long list of features with a new application. The developers may be capable of delivering those features but might recognize that their incorporation will slow the app’s performance.

To better balance user feedback and IT’s expert opinions on what the final product should include for optimal benefits, CIOs should empower their teams to effectively communicate their ideas and collaborate with their business-side co-workers.

“Success or failure should be determined by whether a team is able to fulfill reasonable outcomes that they formally agree to, rather than outcomes that get forced upon them,” adds Scott Ambler, vice president and chief scientist of Disciplined Agile at the Project Management Institute (PMI). “The implication is that these criteria will vary by team, and teams may struggle to adapt to these forced outcomes if they are using an inflexible approach. IT teams need to look beyond the needs of their team to that of the entire organization and its value streams to determine what way of working would be most beneficial.”

As companies focus on transformation, many executives develop strategies that seek to quickly address all their digitalization requirements.

That might seem like a good idea at the start, as no one wants to be a laggard or see market opportunities pass them by; but McNamara says that approach typically adds too much complexity to projects and thus ups the chance for failure.

“They’re trying to do too much too fast, or address all the process and business changes at once, instead of trying to solve for the core capabilities that are needed and targeting the minimum requirements that need to be met,” McNamara explains.

McNamara worked with one company and its technology team after it got mired in a transformation initiative. The company wanted to improve its customers’ experience and decided to implement best-of-breed solutions for the various processes that support customer interactions, a decision that had the IT team bogged down in integration efforts.

“While the intention was good, it ended up taking a significant amount of effort to knit them together to work effectively,” McNamara says, adding that project delivery ran late and cost more than anticipated while still underdelivering on results.

McNamara says a better, simplified approach would have been to articulate the key business objectives and then opt for a best-of-suite option to fulfill those prioritized requirements. That in turn would have likely led to on-time and on-budget delivery as well as met expectations.

“Then they could have invested the money they saved into other process improvements to help ultimately hit all their goals around improved customer service,” he adds.

CIOs continue to have difficulty finding the talent they need for their IT teams. According to the 2020 IT Skills and Salary Report from IT training firm Global Knowledge, 60% of the IT managers surveyed said they’ve had challenges filling roles, with nearly all IT leaders saying they have at least one job they couldn’t fill in the prior year and 69% saying that have multiple unfilled positions.

They also have the same financial limits that other executives do; the C-suite may recognize the criticality of IT, but no one’s giving CIOs unlimited funding. In fact, CIO.com’s 2021 State of the CIO report says only 49% of IT leaders expect their budgets to increase, while 39% anticipate level funding and 12% are actually planning for a decrease.

The lack of the talent and tight finances can dent an IT department’s ability to execute, according to Kanchi, the UST CIO.

He knows that firsthand, seeing how a shortage of full-stack developers impeded success at one client’s multimillion-dollar IT project that ended up running over budget by 15% and late by several weeks because they were needed a dozen more full-stack developers than they could get on staff.

Sometimes IT projects fail because they’re built on legacy architecture.

McNamara has seen this play out at various organizations, where executives want to keep legacy infrastructure. In such cases, they want to squeeze out more use, stick with what’s known, or use it as a bridge between new technology and other existing legacy layers. Regardless of the motivations, McNamara says the decision can be detrimental to success.

He cites one example, where a client company layered a new logistics tool onto legacy systems that housed financial data and customer records. The company opted against upgrading the legacy systems, believing it too costly to modernize those in addition to implementing the new tool. As a result, the new tool could handle only about half of what it was capable of doing.

“The company knew [this project] was suboptimal going in, because they knew they were going to be constrained by their legacy systems. But in other organizations they might not know that going in and then the suboptimal performance is counted as a failure,” McNamara adds.