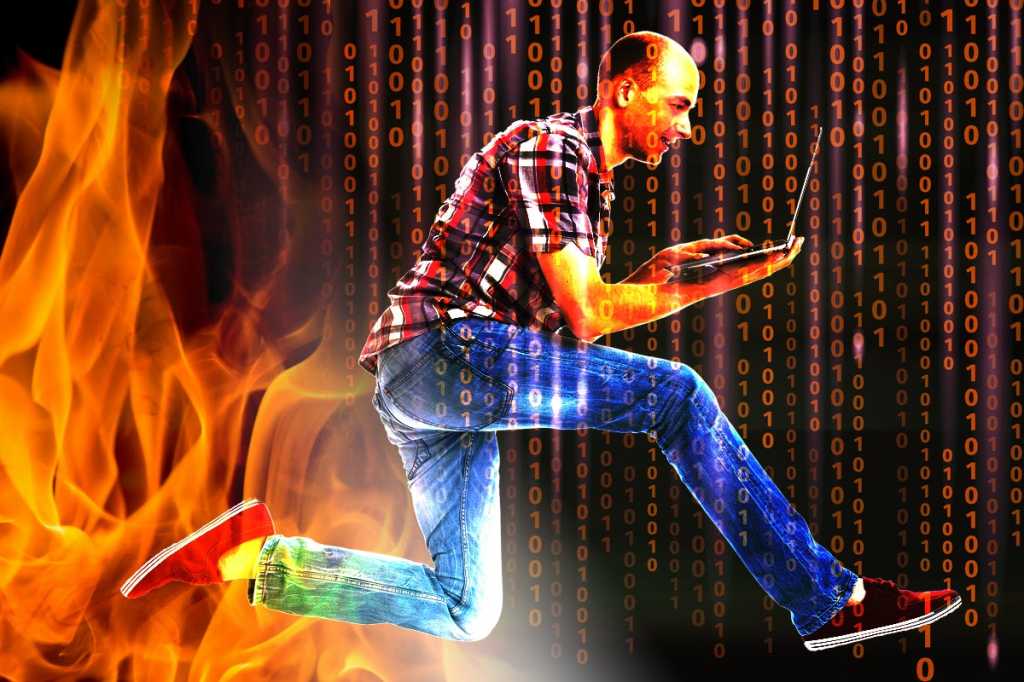 Roles involving emerging technologies have accounted for an increasing percentage of all new hiring in IT in recent years. With this has come a raft of new titles aimed at cementing organizations’ interest in exploring the value these new technologies could bring to their businesses. The pandemic has added its own twist. For every new technology title, there’s one that’s more of an adjustment to respond to challenging times.

The prevalent trend is to expand or make existing titles more specific to address new needs, frequently without increasing headcount. Quantum computing engineers are addressing new opportunities at the same time business analysts are evolving their roles to increase the bottom line in a rapidly shifting business landscape.

[ Learn the do’s and don’ts for negotiating a raise, how to hunt for a job while you’re still employed, and the keys to making your self-evaluation more meaningful. | Get a leg up with our free tech resume samples and expert advice and be sure to sign up for our newsletters. ]

Here are some roles tech leaders see appearing of late that they believe will have staying power in the years ahead.

“Key to making AI possible and delivering outcomes to advance clients’ transformation and profitability is a team of deep technology experts,” Walsh says. “Quantum computing will play a critical role in making huge leaps ahead.”

“Custom-built and trained AI models use millions of data points and real-time sentiment analysis, which enable us to gain meaningful market insights that give clients a competitive advantage. Human-in-the-loop modeling ensures continuous improvement of our models over time. We operate in a business world where due diligence efficiency is improved by 30 times, ensuring complex deals are done in a matter of days, not months,” she says.

Related, Walsh sees the role of head of emerging technology as one that will incorporate quantum computing, DevOps, and blockchain engineering as well as data science.

“Digital transformation is key and more importantly continually investing in the next wave of technology that will drive this transformation further across all industries,” Walsh says.

The need to make remote work secure has increased dramatically due to the pandemic, while new risks continue to emerge, such as attacks on critical infrastructure.

“Demand for cybersecurity workers continues to trend upward,” reports tech industry group CompTIA. “[Our] analysis of employer job posting data for IT occupations shows that so far this year cybersecurity positions account for 20% of postings compared to 18% in 2020 and 17% in 2019.”

“The need for a security and compliance manager has become a critical function in the IT realm,” Huitika says. “GDPR compliance is a must-have for operating in Europe, but there are new data and privacy laws across North America that companies need to be aware of, including the California Consumer Privacy Act.”

Companies that need to comply with new laws such as these require someone who can understand legal documents and software — as well as the ability to protect users’ data in increasingly distributed environments, she says.

“This mix of skills is difficult to come by in existing IT teams,” Huitika says. “And the effort required to obtain and maintain multiple different levels of compliance is a full-time job. We’re launching localized versions of our software for the French, UK, and German markets in 2022. It’s critical for us to ensure we’re compliant with security and privacy requirements outlined in GDPR for operating in Europe.”

“The complexities vary depending on the size of the company and the number of customers, but even smaller companies have a big appetite for using large amounts of data,” Kleinman says. “Companies in financial services and insurance, in particular, have to constantly improve their systems and enhance automation capabilities, which is a prerequisite for extracting meaning from big data and then using those insights to make informed decisions in real time.”

Big data developers are both highly in demand and some of the best-paying jobs in the technology sector. IT staffing firm Robert Half calls big data engineering its No. 1 paying job. “Businesses need individuals who can transform large amounts of raw data into actionable information for strategy-setting, decision-making, and innovation,” the firm reports.

Kleinman says the role of head of analytical innovation needs to be able to develop new ideas and solutions for the back end, as well as new jobs that marry machine learning and statistical modeling to produce models that can address planning for “what-if” scenarios.

“These positions are a prerequisite for driving innovation and remaining competitive in the market, regardless of the sector,” he says. “The main purpose of these important roles is to improve the infrastructure to proactively address incoming business needs and manage complicated algorithms that can have an impact on its day-to-day operations, and in the long-term, their competitive positioning in the market.”

Kleinman says research and development teams and analytics teams need to work together to identify existing capabilities while creating new ones that deliver results for the business.

“Building models that fit certain constraints requires the deep experience of data scientists and the analytics team,” he says.

Chris Bergh, CEO of DataKitchen, says a shift in titles has occurred around big data pros who are hard to hire — and hard to retain — as organizations look to increase the value they get from their current staff.

“Data organizations are looking toward tools automation to boost data analyst, scientist, and engineer productivity, eliminate waste, and orchestrate development environment creation, and analytics integration, delivery, deployment, testing, and monitoring. DataOps means applying automation techniques to data analytics, and the person pulling the levers behind the curtains is a DataOps engineer,” he says, adding that Gartner’s spotlight of DataOps on its hype cycle curve has helped cement DataOps engineer as “the hottest job in the data industry.”

“The thinking went something like this: Developers could make or break schedules and that directly contributed to the bottom line,” he says. “Release engineers, on the other hand, were never noticed, unless something went wrong. As you might guess, the job of release engineer was compensated less generously in those days than development engineer. Often, the best people vied for positions in development where compensation was better.”

Now, Bergh says, release engineers are some of the highest compensated engineers in the business.

“This same dynamic is now beginning to happen within data organizations of large enterprises, and it is driving demand for DataOps engineers,” Bergh says. “A DataOps engineer who understands how to automate and streamline data workflows can increase the productivity of a data team by orders of magnitude. A person like that is worth their weight in gold.”

New-era IT titles to reflect new-era IT value

Justin Donato, vice president of IT at Nintex, says as IT evolves from business support to business partner, technology roles are starting to get titles that more accurately reflect the value they bring to an organization.

“As IT leadership, we are expecting these roles to embrace corporate objectives, partner with diverse business units and work on projects that touch all areas of the business. As a result, titles like program manager are becoming more acceptable and a better reflection of what is being delivered,” he says, adding that in many cases these title changes reflect greater specialization and specificity.

“The standard title of systems or network engineer is lagging the expectation of how people perceive the value they bring to an organization,” Donato says. “CloudOps, SecOps, DevOps engineer has a much stronger statement on that value proposition, while also adding depth to the underlying career path.”

And this underlying career element is key. New titles “help IT leadership have a more relevant conversation on career development,” he says. “This has an impact on organizational structure, the potential tiering of roles, and the individual’s success.”

Donato thinks these roles will gain traction as IT leaders work to retain top talent, and that talent wants clear direction, along with a title that shows the value they bring to the business, paving the way for future career success and achievement.

“An accurate title may have once been a hygiene factor in motivating team members,” he says. “It now has the potential to transform into a value statement and defining characteristic that helps retain and attract the people you need in your business. High performers are looking for more than just a salary. Understanding how your candidates perceive the business value of your open role is a great way to start a meaningful conversation about outcomes and business drivers.”

More on advancing your career: