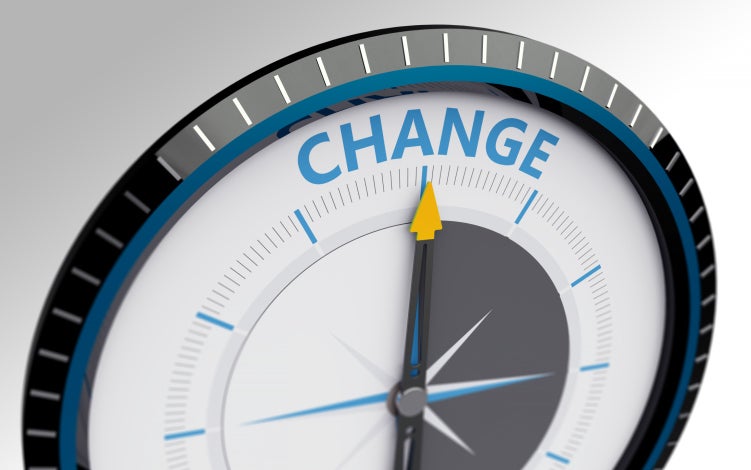 As a CIO or a project manager you are a master of change to the point where, by now, it’s probably like a sixth sense.

This was certainly how I felt. Change management had become so much a part of my daily routine that I had almost habitualised the process. I had a cast iron grip on the intended business outcomes and benefits of all the projects in my portfolio but “actioning” change had become as natural as breathing.

However, something that had slipped off my radar and it took some end-user feedback from a friend’s project to remind me.

It is something that is worth considering because as artificial intelligence and machine learning continue their exponential evolution it will be a challenge that all of us are going to have to face.

The project that my friend was working on involved the automation of many processes and the training of staff to leverage maximum benefits from their exciting new technology. The project delivered on time and on budget and had hit the ground running, everyone seemed happy, and so end-user feedback was solicited. Again, most of that was favourable, many time-consuming mundane tasks had been automated, and efficiency was rising. But one piece of feedback stood out from the rest.

“It all works well, but now that computers are doing my job, how long will I be needed. Have I just been trained out of my job?”

I’ll come on to how my friend dealt with this specific issue in a moment, but first, let’s consider that question and the background to it. Everyone was happy – the board, the CIO, the finance director, the project team, and the vendors were all celebrating and congratulating each other on their efforts. But at the business end of the operation, at the coalface if you like, one member of staff was worried that the new technology had made them redundant. Take a moment to imagine that person going home and having worried conversations with their partner about the future. Imagine their anxiety about feeding their family or paying their mortgage.

I’ve asked around and the fear goes beyond this one piece of feedback. Wherever there is a transformative project, there will be at least one person, a stakeholder, harbouring similar concerns.

Now, I suppose that if your post-project business plan is, indeed, that your staff in this department are redundant and you’re going to lay them all off, then their concerns won’t affect the project’s efficiency – you’ll pay them off, thank them for their efforts and sincerely wish them all the best of luck with their future. However, if like most IT projects you DO rely on the buy-in of those inputting the data or meeting and greeting your customer, then these concerns are a real threat and need addressing.

Most IT projects will aim to drive transformation and disrupt established, perhaps inefficient processes. From the project team leading the change to the guy on the front desk sitting with the customer accessing the services facilitated by the change, it’s OK to feel fear at the prospect of this. In fact, I’d be worried about you if you didn’t. Fear of the unknown is a perfectly rational survival instinct. It’s how you channel your fears that determines your destiny.

Managing business change effectively and stakeholder engagement are probably the most important keys to delivering successful IT projects. It’s a journey and, as with any journey, if you reach your destination and realise that everyone else got lost along the way, you’re going to feel something of a failure.

“Success” is highly subjective in IT project terms. Sure, you may deliver on time and on budget, but without end-user stakeholders on board, you won’t leverage the maximum benefits from your efforts. Think back to the case I shared earlier, the employee who is suspicious that the new technology will replace them is hardly likely to do their best to enable that to happen. If you thought a human colleague was after your job, you wouldn’t go out of your way to help them get the gig, would you?

It’s the same with mistrust of IT. At best, they may not bring their A game when using your new system or software. At worst, they may share their fear with co-workers, creating a cloud of anxiety, and worse still they may even try to sabotage your change project.

Remember what was said in that specific bit of feedback: “It all works well, but now that computers are doing my job, how long will I be needed? Have I just been trained out of my job?”

An abundance of attitudes like this and your IT project is in trouble. Scholars of history will recall the Luddite riots, which led to the smashing of machines that threatened to make jobs obsolete in the wool and cotton industries during the Industrial Revolution. No one wants that! Now, someone anxious about their job isn’t likely to turn up with baseball bats, but turning up with a negative attitude can be just as destructive. So, in the interests of the success of your project, you have to manage the fear of change.

Here’s what my friend did.

First, he introduced a “long-term working agreement” with the end users, setting in place a system of feedback with diarised formal meetings scheduled every six months for the next two years. This had an instant calming effect, allaying any fears about job security – there was, after all, a two-year process that the worried staff member was involved in. More so, though, it also opened a communication channel for information about the project and tweaks and improvements that could be made during the active lifecycle. This was all carried out on a Google document, so it cost next to nothing to implement!

Second, he created a culture of collaboration, using the story of Deep Blue and Garry Kasparov to illustrate his vision.

You remember the story of Kasparov and Deep Blue, right? The world chess champion beaten at his own game by the IBM supercomputer.

Kasparov recently said in a TED talk, “If you can’t beat them, join them,” and following that 1997 defeat, he proposed a new form of “freestyle chess.” It was a tournament where human chess players could use computers to help select the best move. To cut a long story short, players acting in this collaborative way with technology fared better than those relying solely on a computer (i.e., with no human input) or those who were solely human (i.e., no computer input).

Even better, of the last four teams in the tournament, three consisted of chess grandmasters using “military grade” supercomputers, and the fourth was made up of a pair of amateur chess players using home PC grade machines. Guess who won?! Yes, the ordinary Joes on their ordinary PCs – one of which was borrowed from one of their Dads, if I remember correctly! What gave them the edge over the grandmasters and the supercomputers was the processes they adopted and their deep understanding of the benefits of working in a complementary way with their tech.

Third, my friend created a sense that each team member could make themselves indispensable. He encouraged each user to get to know the systems inside and out so that they understood them better even than the project team that had led the change. Sure, the project team had managed the change, but the staff using the new tech were living it! In a few short months, the attitude of even that most fearful staff member had changed. Anxiety about job security was replaced with confidence that the company needed this individual, so deep was their relationship with the technology delivering core business strategy. The computers and their software were providing information and data, but it was the team running them and their knowledge made all the difference – a growing knowledge of the new system and what it could be pushed to achieve combined with knowledge of the company, its services and its culture created a potent force. They became like the amateur chess players with their PCs.

The company, the individuals and the IT project team are thriving as a result.

Can we break out here to acknowledge that in some instances, it will inevitably be necessary to lose people along the way. When the taxi firms and haulage companies start using driverless vehicles, those who make their living this way will have to find something else to do; self-service tills may one day mean the end of the cheery checkout assistant; and when computer diagnosis of diseases outperforms doctors, as research by Indiana University showed almost five years back, you realise no one’s job is really safe from the rise of increasingly sophisticated artificial intelligence.

In cases like this, I believe we have two responsibilities. First, to society as a whole, and second, to our organisations and businesses. The societal responsibility we share is that we need to be mindful that the mundane tasks we are replacing were once someone’s livelihood. Scholars of history will be aware of the impact of the Industrial Revolution, and I believe that the mark left by the digital industrial revolution will be greater still. As a society, we need to ensure that as jobs are lost, new meaningful roles are created.

The second responsibility is to our own organisations. Many IT change projects are going to see some roles become redundant, but companies should think carefully before dispensing with the knowledge that long-term employment naturally accrues. In plenty of cases where roles have become obsolete, firms have retained and retrained talent and deployed them elsewhere. One supermarket chain has fewer staff on the tills but more colleagues restocking shelves creating the same headcount but, in theory, a better customer experience – what you want is always on the shelf! They still have staff by the tills for those “unexpected item in bagging area” moments.

In hospitals, as good as computers get at accurately diagnosing illness, you’d still want a human doctor to talk you through your options and break news, both good and bad, to you. Bedside manner in artificial intelligence that matches that of a person may be a few lifetimes away!

As I say, though, that’s a break out from my point here because at the moment most IT projects that I work on do rely on taking the existing crew along for the ride. After the project, the same people will be doing the same job – they’ll just be doing it more efficiently! BUT change still creates fear. You have to engage them.

I think it was Picasso who said, “Computers are useless. They can only give you answers.” Technology shouldn’t replace us, and it shouldn’t be expected to do all of our thinking for us. But a combined force of human and artificial intelligence, where people and machines cooperate using each other’s strengths and compensating for each other’s weaknesses, is something to be excited about and not feared. When everyone is operating from this foundation everyone wins!

And maybe that’s the main takeaway from all of this. We are entering a new digital Industrial Revolution and those who learn to adapt and work in collaboration with technology will be the ones who thrive. As Kasparov’s freestyle chess taught us, team-mates trump check-mates!