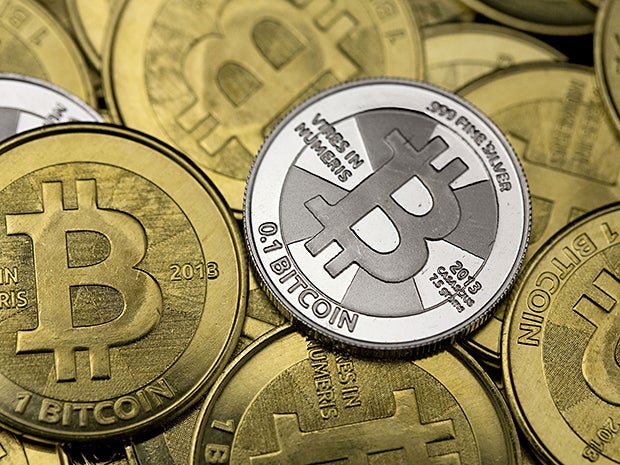 With bitcoin crossing the $4K mark and the market cap for cryptocurrencies currently residing around $140B, there’s a definite sense of a gold rush in progress much like the dot-com era and the real California gold rush of the 1800s.

While parallels with the dot-com era have been well reported, especially related to exploring what phase of the bubble we’re in, there’s been relatively less comparison with the California gold rush. So what can history teach us from the physical gold rush that may guide us in the midst of today’s digital equivalent? To help address this question, here’s some parallels between the two and some recommendations for organizations in terms of charting your course.

Firstly, both the California gold rush and today’s cryptocurrency gold rush share global impact and involvement. In the California gold rush, between 1848 and 1855, over 300,000 individuals traveled to the state from elsewhere in the U.S. and the rest of the world. It’s estimated that the population of San Francisco jumped from about 1,000 to 25,000 full-time residents in two years alone.

In the cryptocurrency world, there have been recent announcements that Russia plans to challenge China in bitcoin mining and has the potential to take up to 30 percent of the overall mining market. Mining is something that’s gaining the attention of entire countries as well as individuals and organizations. Just like the California gold rush, the entry of corporate players over time may ultimately make highly-profitable mining a corporate effort and less the realm of individual prospectors.

Just as the use of pans, picks and shovels was outpaced by hydraulic mining and other industrialized techniques for mining in larger volumes, today’s miners and mining operations are getting more sophisticated. Miners (i.e. the machines that mine for cryptocurrency) have evolved from CPU’s, GPU’s and FPGA’s (Field-programmable gate arrays) to ASICs (Application Specific Integrated Circuits) and mining operations have increased in size and complexity.

Just like the gold rush, today’s cryptocurrency mining is a fast evolving discipline where equipment is fast outdated as mining difficulty levels increase and new techniques are introduced for improving the computational hash rate and reducing power consumption requirements. Prospective miners need to be unemotional about the currency and constantly analyze and act on these variables in order to succeed.

Great wealth for a few

In the California gold rush, it was the service providers that often profited the most as the miners rushed in to grab their share of the opportunity. Businessman and journalist Sam Brannan bought up much of the local inventory of supplies, providing miners with everything they needed at the site. He sold pans worth 10c to 20c for $15, made $36K in his first few weeks, and ultimately became the first well-known gold rush millionaire.

In the crypto world, service providers include mining equipment manufacturers, exchanges and wallet providers, among many others. Much of this equipment, such as miners and bitcoin hardware wallets, are selling for strong multiples of their list price on online auction and commerce sites. Beyond mining, the broader crypto-ecosystem is therefore well worthy of corporate investigation.

Despite gold having been discovered many times throughout the centuries, the California gold rush was perhaps the first time when there were no forces to protect ownership. With California a distant outpost at the time, there was no Federal oversight and the “49ers” – as they were called – were able to come in and mine their gold, free from taxes and regulations. The downside was that crime was rampant as well as a variety of scams such as “gold grease” whereby you could supposedly apply the grease to your body, roll down the mountain, and pick up your gold.

Cryptocurrencies are in somewhat of a similar situation with few regulations and controls, a number of major hacking incidents, widespread scams related to fake mining pools, wallets and search services, as well as Ponzi schemes and phishing sites spread via social media.

In terms of recommendations for enterprise organizations, it’s worth evaluating where you may wish to play in the ecosystem. Do you want to support cryptocurrency when selling your products and services, raise funds for your startup via an ICO (Initial Coin Offering), or do you want to get involved as a miner, an exchange, or perhaps another type of service provider as the market matures?

Today, many organizations are stockpiling bitcoin for paying ransom, but this is generally ill-advised since even when ransoms are paid there’s no guarantee you’ll get your data back. A recent study showed that nearly 25% of all malware attacks remained unresolved after the bitcoin payment was made. Stockpiling bitcoin and other cryptocurrencies can be a great investment, but this also should be done with care just like any other financial investment.

Of course, another bright light for enterprise organizations, is the technology underlying bitcoin, namely blockchain. In a prior article, “Blockchain’s split personality”, I shared how the real risk is turning a blind eye and not having a plan. If you make it a strategic focus area, monitor the emerging industry and application scenarios (with over 1,200 blockchain startups covering more than 13 sectors), determine when you want to dive in, and take an as-a-service approach to pilots and proof-of-concepts, you’ll be in good shape to strike when the timing is right.

While the cryptocurrency market may be erratic, because this is a “digital” play I believe it’s definitely here to stay and will gain an ever-increasing share of transactions in the financial markets and beyond. Innovative companies, approaches and individuals will address the current challenges with regard to security and performance. The top exchanges, cryptocurrencies and service providers will also emerge and distance themselves from the pack.

We’re at the beginning of another “Kodak moment” as the world shifts from physical to digital technologies. In this case, of course, hard currencies will always be around, so I expect we’ll see more of an equal billing for both. As the world transforms, remember the lessons from the California gold rush and it may help you put your best foot (or shovel) forwards.