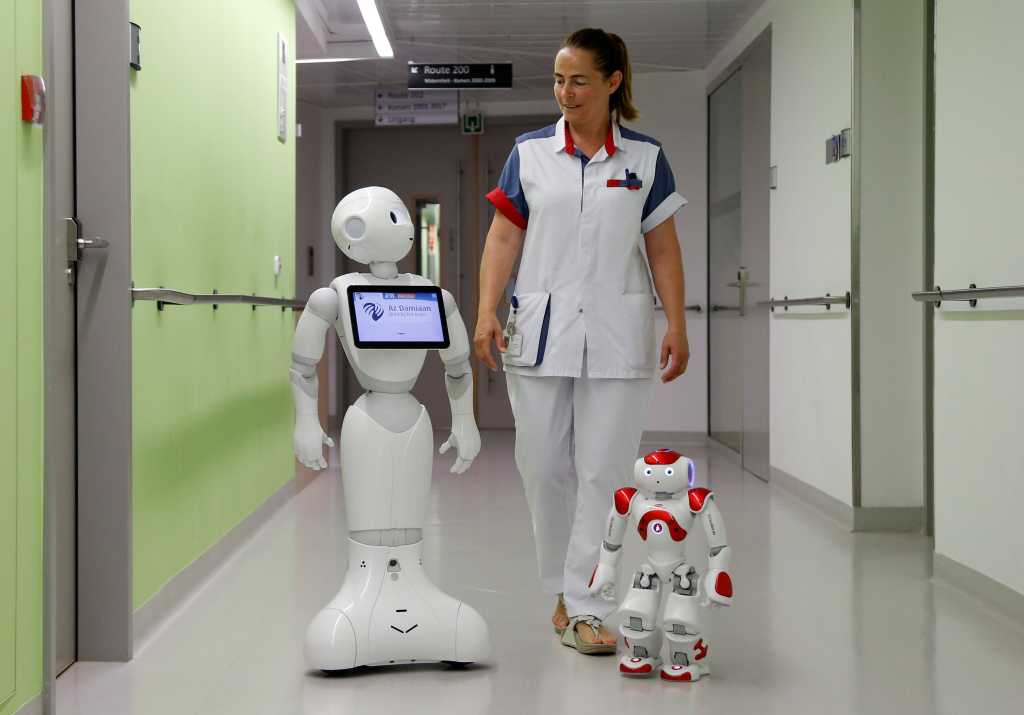 In the early 19th century, most of the earth’s population was employed in manual, back-breaking agricultural work. Due to the automation of farm equipment, the productivity of farmers increased more than tenfold and the number of farm workers decreased from the majority of the workforce to less than 2% of the workforce in the USA. With fewer workers and increased productivity, we experienced a massive increase in the production and quality of products we consume today.

From the automotive industry to the manufacturers of vacuum cleaners, robots increasingly perform more of the functions workers performed just a few years ago. The software applications we use every day are enhanced with artificial intelligence to figure out our questions and find immediate answers to them.

Are we in danger of being replaced by robots?

You have seen this headline before, as the media is full of hysterical assertions that people will soon be replaced by robots and humans will be in real danger of becoming useless and obsolete. What do we do with the millions of people who will be out of work and don’t have anything to do all day long? For sure this is the recipe for disaster, right?

There is a fierce debate about how we should regulate the capabilities of robots and artificial intelligence as we move forward. Should we allow robots to fight autonomously in future wars? Should robots decide on their own without approval from humans?

There is no question that AI will change the way we will work and live in the coming decades. The productivity improvements will be huge, but there will be challenges to the way we work and live.

Imagine the productivity gains we will achieve when most work is done by robots rather than humans.

Is the hysteria about AI misplaced? I believe we need to be vigilant and make sure this technology is not abused and does not fall into the wrong hands. We need to make sure robots’ only purpose would be to serve humans and its environment and make human lives better.

So, what will humans do in a world where most of the work is done by robots? Will we become idle or we will become more creative and do more amazing things? Robots will be able to do manual job and data mining work, but as of now, nobody has figured out how creativity and appreciation of beauty work and how to program them.

In a world where robots do most of the work, humans will become more creative and use their time to dream and create new things, go to new places (e.g., space exploration), and make the environment cleaner rather than worrying about putting a meal on the table at the end of the day. Having robots and AI working for us, the saying “If you can dream it, it will come true” will become a reality for the first time in human history.

A side benefit of this would be that workers will work fewer hours and have more time for recreation and enjoyment.

The professions in demand in this new world will be those that require people to dream bigger and more fantastic things, write better stories and create more beautiful products. In short, science, imagination, design, art and entertainment will become the center of human activity.

The question is, what will the remainder of humanity – those who are not creative or don’t have good math and science skills – do? This will be a huge challenge for governments and social thinkers in the next few decades. For sure, the educational system has to play a big part to make people ready for this new world.

There is no need for panic, but both governments and academia need to give serious thought to the effects of AI on our way of life. If we do it right, we will work less, produce more and live longer and better lives. If we do it wrong, the result would be catastrophic and unimaginable for humanity.

David R. Robins is the founder and CEO of Binfire.comCorporation, a project management, and productivity application. David's interests are productivity improvements, management issues and performance in the workplace. Before starting Binfire, David was the director of Engineering for Polaroid's digital imaging products for 1994 till 2005.

The opinions expressed in this blog are those of David R. Robins and do not necessarily represent those of IDG Communications, Inc., its parent, subsidiary or affiliated companies.