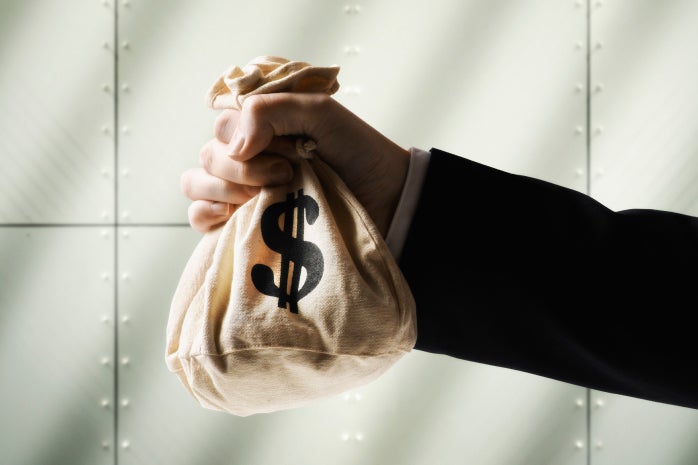 Over the past several years there has been a lot of buzz about blockchain. Many of the major technology-focused research organizations and their analysts have penned articles about what blockchain may or not become. If you have read these publications you would know about the associations between blockchain and bitcoin as well as the various IT-intensive ways of validating financial transactions. But what you wouldn’t immediately understand is how blockchain is going to enable each of us individually to provide goods and services directly to businesses around the globe. Within 10 years it is entirely possible for each of us to be a supplier to companies such as Amazon, Facebook, and Google.

Today the world thrives on digital business and e-commerce. It is miracle that so much money flows through the Internet when there is so little transparency between buyers and sellers. Is it surprising to think that without credit card companies to manage the exchange of money between parties there would be no such thing as e-commerce?  Let me explain.

Here is the way that online financial transactions work today:

Step 1:  A business advertises goods and services via a web portal

Step 2:  A customer signals an intent to make a purchase by selecting a product and entering into the checkout process.

Step 3:  The customer enters payment information, typically a credit card number issued from a third-party bank and submits it to the business.

Step 4: A third-party bank processes the credit card information for the business and renders payment on behalf of the customer.

Step 5:  The business delivers the product to the customer.

**The credit card company also charges the business 3 percent of the total transaction amount as a merchant fee.

Step 7: The business records all of the transaction details within its own financial system of record, often an ERP system.

Even though the transaction appears to be instantaneous it is not finalized for at least two to four weeks.

What seems so simple from the perspective of buying online is actually quite complicated, expensive, and cumbersome. At no point after steps one and two do the buyer and seller ever directly interact. If a problem arises during the transaction the third-party bank is often the arbitrator. The business will record the transaction within its ERP as the customers will use their own set of books. But the records each party keeps regarding the transaction are kept separate and inaccessible from each other.

If the commercial situation was reversed and the customer had a product to sell to the business, the sheer weight of going through steps 1-8 would deter both parties from engaging. Given that the transaction size would likely be small, the effort and investment needed to facilitate an exchange would outweigh any potential gain.   Coupled with the fact that few individuals are likely to have arrangements with credit card companies means that bi-directional transactions are not practical.

The “magic” of blockchain is that it simplifies financial interactions. Rather than each entity having its own system(s) to manage and track transactions, a blockchain is an open ledger sitting on the Internet that is always current to within 10 minutes of real time. Although it can be encrypted against access by unauthorized parties, the blockchain can be always be viewed by both the buyer and seller.  This arrangement, combined with the use of a crypto (digital) currency as payment, would collapse steps 3-8 above into just one:

Step 3: Payment is received and the transaction recorded and finalized within the blockchain.

Utilizing blockchain, transactions are no longer lengthy, cumbersome affairs that separate buyers and sellers. They become interactive affairs that are begun and ended in very short time spans.

So how does any of this information about blockchain lead to enrichment for individual people? It will allow us to sell things we have of value to private and corporate entities all over the world. With no ERP overhead or banking fees, coupled with truly instantaneous transactions, this commerce is appealing to everyone.

So what do any of us have right now that would interest a large corporation? Let’s look at a very specific example.

There are massive tech companies in the United States, each with an unlimited hunger for computer storage and processing power. According to this recent article, not even Google has enough money to pay for all of the servers it needs to meet its growth goals. Facebook can never stop building data centers because its storage grows by terabytes every day. Now imagine the amount of excess processing power and hard drive space that most people have right now on their own computers. What would happen if one of these tech companies looked to purchase unused processor or storage capacity on the personal computers of 50 million people? If each person in this group could rent or lease just one terabyte of hard drive space to a company like Facebook, the total available storage pool would equal 50 exabytes! This is enough storage to offset at least two data centers, such as this $750 million facility currently under construction in Ohio. It may seem far-fetched to think that a tech giant would, or could, engage in massively distributed computing that would be involved in this type of scenario. But it is theoretically possible, and great minds almost always find a way to create a path to the highest profit and lowest cost options.

Because blockchain is such a simple and inexpensive way of carrying out financial transactions, these kinds of massive exchanges are feasible. In a future where business transactions can be conducted between parties with a highly secure, instantaneous ledger, we have a marketplace where we can sell just about anything to anyone at any time in any amount.

Blockchain is revolutionary because it is going to destroy the traditional monolithic model of e-commerce exchange. Now we just need a universally accepted crypto-currency. If you would like to learn more, visit these links: