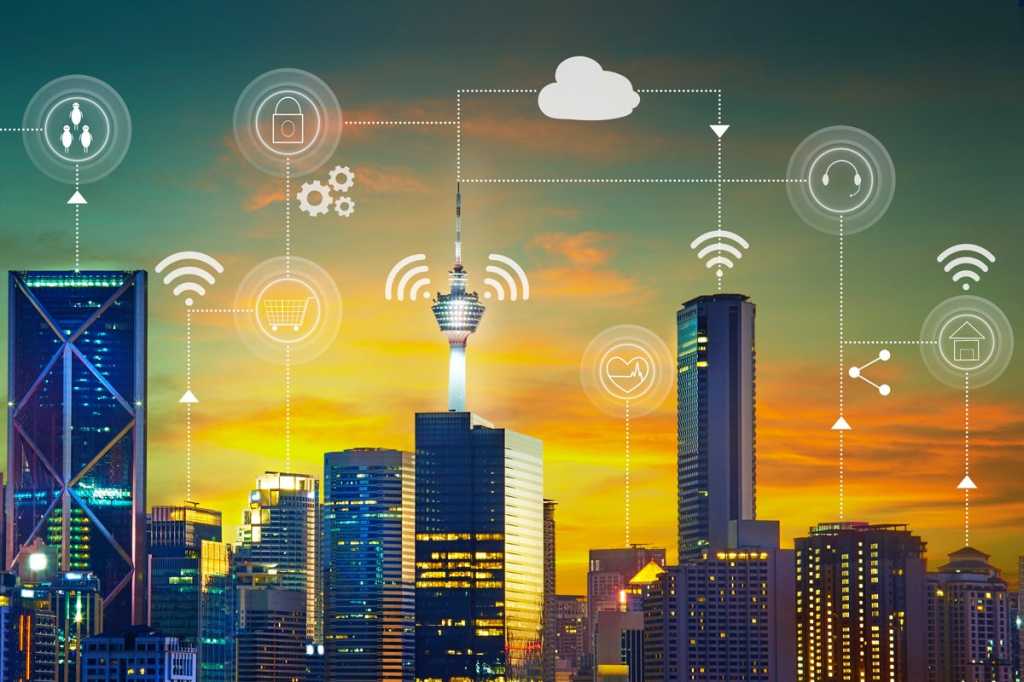 The internet of things (IoT) is poised to have a big impact on IT — and not just in terms of the scope of connected things IT must create, analyze, manage and secure. The IoT will shake up the IT jobs landscape, creating new demand for certain technology skills and hybrid job roles.

Many companies are beginning to plan their IoT strategies and some have already begun to deploy sensors, analytics software, network components, and other tools to support their efforts. As these strategies become realities, they are now or will soon be looking to bring on skill sets to support IoT projects.

This opens up new opportunities for technology professionals to secure these emerging positions or to retrain so they can gain the needed skills to cash in on IT’s next job boom.

And a boom it will be. Gartner forecasts that 8.4 billion connected things will be in use worldwide this year, up 31 percent from 2016. The number will reach 20.4 billion by 2020. Total spending on endpoints and services will reach almost $2 trillion in 2017, the firm says.

[ Check out the 7 hottest new jobs in IT — and why they just might stick. | Learn how to develop an internet of things strategy and the 10 principles of a successful IoT strategy. | Get the latest insights by signing up for our CIO daily newsletter. ]

IDC is also bullish on IoT, forecasting worldwide spending on IoT to grow 17 percent this year, reaching just over $800 billion. By 2021, IDC expects global IoT spending to total nearly $1.4 trillion, as organizations continue to invest in the hardware, software, services and connectivity that enable the IoT.

They will also be investing significantly in people who possess skills related to IoT technology and the management of IoT projects, with many positions requiring a mix of skills. Following is a look at the emerging market for IoT-related positions — and the kinds of roles that will be in high demand in the near future.

Who’s hiring — and what they’re looking for

A quick review of Linkedin already shows thousands of IoT-related job postings and hirings, says Bill McCabe, CEO of IT recruiting firm SoftNet Search Partners. “Of these results, you can see the types of companies that are looking for this type of experience,” McCabe says.

The IoT jobs listed include the need for senior solutions architects, IoT cloud systems engineers, big data engineers, and many others. “It is fair to say that a good majority of the roles are of the pure technical type — architect, engineer, developer, programmer, etc.,” McCabe says.

“Organizations need these roles due to the complexity of the various disciplines that are involved with IoT and IoT projects,” McCabe says. “The other factor is the myriad of skills that are required for a true IoT-enabled employee.”

The ideal potential employee should have expertise in hardware, networking, design and development, security, data analytics, and artificial intelligence, McCabe says. “This is a very unique and difficult-to-find combination of skills, and employers are finding it difficult to get all those skills from one person.”

That won’t stop them from trying. In the meantime, here are some of the skills expected to be most in demand in the coming years, as IoT efforts expand.

Because technology plays such a primary role in IoT, CIOs and other senior IT executives who are fluent in IoT-related tools and processes will be desirable to organizations. A recent survey from global satellite communications provider Inmarsat found that 76 percent of companies with current IoT plans need additional help at the senior, strategic level for planned IoT deployments to come to fruition.

“We’re seeing demand for CIOs and CTOs who know how to anticipate the kind of disruption and business advantages that IoT will bring,” says Matt Aiello, a partner at executive search firm Heidrick & Struggles.

“It’s not that the CIO or CTO needs to be an expert in IoT, but rather that he or she needs to help steer the leadership team and company strategy so the benefits of these technologies are fully realized,” Aiello says.

Heidrick & Struggles is seeing this demand especially in more product- or industrial-based businesses, “which are most susceptible to being disrupted by IoT,” Aiello says. “Again, these firms are looking for technology leaders who think outside of typical IT issues and instead are more mindful about new technologies — such as IoT, machine learning, artificial intelligence and analytics — and how they will impact business strategy.”

Another popular role is chief digital officer (CDO), an executive who partners with the CIO or CTO to help transform a business into a digitally connected environment, says Sean Carroll, a partner at Heidrick & Struggles.

Some experts predict that the role of “chief IoT officer” will begin to emerge at organizations, although not a lot of companies appear to be creating this position as of yet.

To be successful, a chief executive of IoT needs to have four key skills, McCabe says. One is knowledge of the internal IT architecture that supports all the connecting things. That includes having a good grasp of security and governance. Another is an understanding of customer relationship management (CRM) and the sales/marketing operation, and what data is needed to support these areas.

A third necessary skill for these executives will be in the area of product development, including research and development. And finally, chief IoT officers will need to have enterprise-wide project management skills. They must be able to oversee digital transformation efforts throughout all divisions of the organization, McCabe says.

As if there weren’t already huge demand for people with skills in data science, data analytics, business intelligence and related areas, IoT is expected to add enormously to the need. Today, 46 percent of companies report a shortage of staff with the analytics skills to support their IoT plans, according to Inmarsat.

With so many devices consuming and sending exabytes of raw information, the true potential of big data will be realized as IoT evolves, says David Foote, chief analyst at Foote Partners LLC, an IT analyst firm and independent benchmark research organization. “Big data is a big part of [IoT].”

Organizations will collect, store and analyze smart device data streams for actionable intelligence, Foote says. Business intelligence (BI) specialists with skills in sensor data analysis, data center management, predictive analytics, and programming in the leading big data platforms such as Hadoop and NoSQL will be ideally positioned to meet these needs, he says.

Possessing a strong business acumen will also be a key differentiator, particularly for BI executives responsible for divining additional opportunities in the burgeoning IoT, Foote says.

“While we wouldn’t require IoT engineers to be data scientists, we do require that they have a strong understanding of data collection, organization, and storage,” says Bill Thirsk, vice president of IT and CIO at Marist College, which has launched an IoT project.

“IoT devices drive data and can act as sensors collecting and sending various information, sometimes in a constant stream, sometimes in batch if the network transit is only available intermittently,” Thirsk adds. “Understanding how to collect and review big streams of data will allow the engineer or developer to use this information for business intelligence and innovation.”

The large and growing need for people with all kinds of cybersecurity skills has been well documented, and the growth of IoT initaitives will only add to the demand for these professionals. Three in five companies with IoT plans are currently understaffed in cybersecurity roles, Inmarsat reports.

Organizations will need be able to secure the devices and other things that will be connected, the networks providing the connections, the internal systems being used to support IoT, and the data that’s being gathered, shared and stored.

“Most important of all is to be able to protect the devices from participating in automated attacks such as DDoS [distributed denial-of-service], or other emerging exploits or botnets,” Thirsk says. “A familiarity with the creation and use of systems for auditing, managing cryptography, and assuring secure authentication and data transit across wireless networks is essential.”

Companies will need people to take responsibility for ensuring IoT security. For those security executives now serving as CSOs and CISOs, it’s a good idea to get up to speed on IoT and what it will mean from a cybersecurity and physical security perspective.

Software developers won’t be designing the next revision of a product’s printed circuit board (PCB), Foote says, but it will be useful to be able to build out a circuit for prototyping.

Understanding basic electronics will be valuable, Foote says. Software developers should know how basic components such as resistors, capacitors, and LEDs behave in a circuit. Other important skills for software developers might include reading data sheets, understanding timing diagrams and clocking, electronics concepts such as pull-up and pull-down resistors, logic gates, and transistors.

Hardware developers will be designing the next revision of a product’s PCB, and will be selecting and integrating microprocessors, sensors and radio interfaces, Foote says. They could also find it useful to know software basics.

The goal is not simply to build out a 200,000-line source code base complete with an underlying build system, Foote says, but to gain an appreciation of the requirements of the other half of a development team. For example, hardware developers will need software prototyping skills.

IoT involves a number of different networking elements, and companies will need to have people onboard who understand how the existing networking infrastructure might need to be tweaked to support IoT.

Networking issues include support for IoT applications that require high data transfer rates and low latency, and those that need low power consumption but wide-area coverage. Companies also need expertise in long-range IoT connectivity technologies such as 5G, LTE-NB, and LTE-M; and short-range connectivity including Wi-Fi, Bluetooth, and ZigBee.

Other areas related to IoT networking include cellular telecommunications network technologies, including radio access, the core transport network, and service capabilities such as security and quality of service.

Networking professionals will need to have a working knowledge of many of the IoT standards that are currently in development worldwide.

“IoT developers need to know how devices communicate, the protocols they may use, and how to make these communications reliable, fast, and secure,” Thirsk says. “Knowledge of the OSI model, IP/TCP, routing and switching, as well as wireless channels, ports, and capabilities are all required skills.”