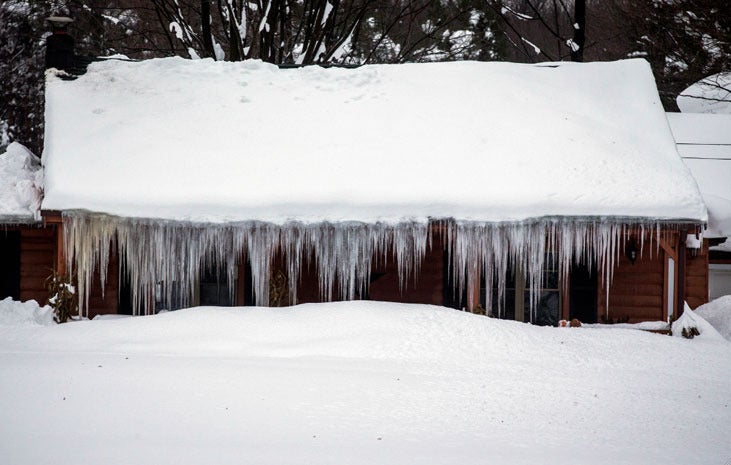 The above sentiment would, I suspect, be widely approved. Those approving it would include many who have never been middle managers: individual contributors, team managers, consultants, and some CIOs who have risen through the ranks with meteoric speed and have had only the briefest of exposure to the middle manager role. As a management consultant I found that many of my colleagues felt particularly strongly about the “frozen middle”: those deemed unresponsive to new ideas – most of which originated from their boss or external consultants.

But I disagree. Taking into consideration middle managers’ tough jobs and situations, their mindset deserves to be seen in a much more positive light. Middle managers may sometimes need to be fired up, but they rarely deserve to be fired.

The guys in the middle: Heroes or villains?

The key thing about middle managers is that, by definition, they operate at the intersection of everyone else’s job. From above, they have pressure to deliver changes and projects while keeping services operating smoothly. From below, they have pressure for bigger budgets, more resources, a relaxation of plans and performance criteria. Sideways, they may have to compete for resources. And that’s before we even get to the business customer, who expects more attention, better service, etc. Then there are the demands of Finance, HR, Compliance, Procurement and more …

Truth is, middle managers know they and their teams cannot possibly satisfy all the demands being put on them. So their job necessarily involves making pragmatic trade-offs between many conflicting objectives. The worst of them refer such contention upwards and await instructions. The best of them, realizing that no one above them has the time or command of detail to make better decisions, only involve their boss in particularly tricky or political dilemmas. Instead, they do what they are paid to do and make tough decisions and compromises in the interests of the company as best they can. That means there will always be disappointed stakeholders, and maybe bosses, who regard them as unhelpful or much, much worse. No wonder middle managers get bad press: Often, even when they’re doing a great job, they are caught in the crossfire.

Can’t do without them?

Perhaps surprisingly to some, past research conducted among big blue chips suggests that, for the most part, middle managers in IT are seen as doing a reasonable job by their senior HR colleagues. The same research suggested they are unlikely to be replaced by external hires and are relatively safe in their jobs. So even though they may drive some folk crazy, their unique knowledge of their employers’ organizations, systems, processes and people make them difficult to replace.

Whenever I read of legacy system issues, or big project failures, I sense that middle managers somewhere might have been overruled or replaced by inexperience.

But that doesn’t mean they are perfect: The same research found that middle managers form the layer whose capabilities most needed development. In particular, their ability to motivate and engage their people was often seen as weak. And their tendency to be seen as blockers also suggests there’s something wrong there too. The most interesting question here is how can any “frozen middle” be thawed out?

CIOs sometimes try to short-circuit, or work around, a frozen middle management layer because that seems to offer faster results. But the results are seldom good. If middle managers aren‘t persuaded to throw themselves fully behind a plan, that plan is not going to work out well. And if they are not involved in the planning, they are unlikely to “own” the plan.

Yes, middle managers can seem like a frozen middle. The solution is not to ignore them, bully them or replace them, but to invest more time listening to them and working with them. They are the transmission system between the CIO engine and the wheels that put rubber on the road. And getting IT’s rubber on the road is a priority in the digital age. CIOs’ future success depends on changing the middle manager transmission system from a rusty and ineffective one into a frictionless machine. How?

The solution lies in direct, honest, two-way communications. If middle managers resist change, they will have reasons. What are the reasons? Maybe they see the issues driving the change program as low priority; they only see other, bigger needs. Or they may accept the need, but believe the change program is flawed, perhaps infeasible. Maybe they don’t believe that employees will respond to the proposed plan. Or they might see a personal threat in terms of job security or influence.

CIOs must find ways of accessing such inner views. How carefully do they probe and listen to their middle managers? Do managers have the opportunity to be frank without fearing the results? Will the CIO hear them respectfully and really think about the points they make? Any CIO that does will be immeasurably better equipped to drive helpful changes through the IT function. By listening, they may realize that the whole plan is not good enough. Or it may be that the change program stays, but can now be adjusted to prevent intractable problems it would otherwise have encountered.

CIOs may be asking middle managers to get behind their vision, when they might be better asking them to help shape the vision. That could mean dispensing with outside consultants, or using outsiders mainly to provide a process to extract, from middle managers, truly workable solutions to long-standing issues.

And another thing: Leadership!

Research suggests that involving middle managers more may not, in all cases, be enough. Some middle managers tend to overlook their own importance as role models and influencers of morale and motivation. They are usually very good at communicating the plan to those back wheels, and often not so good at communicating a sense of motivation or excitement.

Providing them with reliable data on how they are perceived by those they lead, and why, can be incredibly useful in changing this. But such upward assessment will only be useful if they are provided with professional coaching and support.

So firing up middle managers will take time and investment in both involving and developing them. But the results may turn your “blockers” into a genuine competitive advantage for your company.