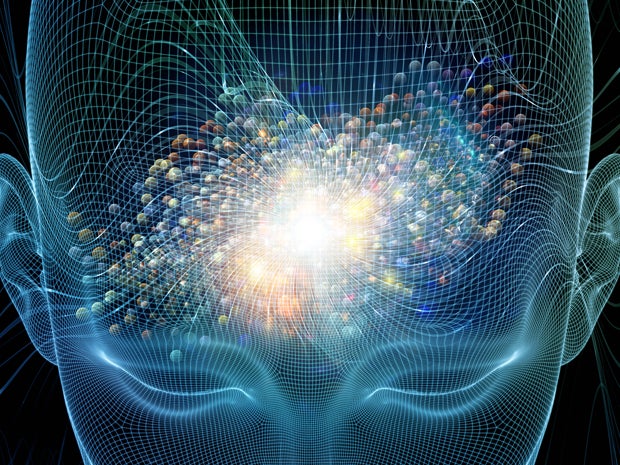 You’ve seen the headlines: Artificial intelligence is a job killer. It will end humanity. At the very least, it will lead to social unrest.

The truth is, no one really knows what changes AI will bring. What’s indisputable is that it’s already here and it’s getting more prevalent by the day. IDC predicts that worldwide revenues from cognitive and AI systems will grow 59.3% this year to $12.5 billion and will achieve a compound growth rate of 54.4% through 2020, when revenues will hit $46 billion.

This isn’t the cause for alarm though. It’s a cause for celebration. Here’s why:

1. AI is not about putting people out of work and replacing them with robots

Automation is nothing new. Robots have been on factory floors since the early 1960s. AI is about the capability of a machine to imitate intelligent human behavior by learning. In this case the systems learn from data and make predictions of what may happen in the future. Rather than displace workers, AI is likely to relieve them from doing grunt work and let them focus on more creative aspects of work that machines can’t replicate. As marketing veteran (and current Twitter exec) Bruce Falck noted, just as Nascar drivers don’t need to know how to assemble an engine, marketers can use AI as a black box solution that executes targeting and provides insights on her behalf.

Modern predictive analysis is still mostly rooted in historical data. A Google search is based on what people have searched in the past. Facebook’s News Feed is informed by things a consumer has liked or engaged with in the past. AI finds patterns and self-adjust or creates new algorithms to learn from those inputs. Until now, AI has been about teaching machines something specific and then having them do it over and over. True predictive analysis lets the machines analyze the likelihood of future events and act on that data. For instance, if a plane needs a part and isn’t at the airline’s hub, then machine learning can gather all maintenance records, customer records and route records and starts predicting that something is going to fail. Before the plane even has a problem then, the system has routed the part and a technician to the location.

The same machine learning can be applied to healthcare. Call it predictive maintenance for humans: AI can look at data around cancer and identify contributing factors. Your healthcare provider for instance, might use AI to inform a patient that she has a 75% chance of getting a type of cancer 15 years from now and the doctor might work with the patient on steps she can take to avoid it now. This type of preventative healthcare could have a huge impact on costs; some 75% of healthcare spending now goes to treating manageable and largely preventable diseases. AI would also reorient the role of doctor from fixer to health coach. AI in healthcare would also save money; Accenture predicts that AI would create $150 billion annual savings for the sector by 2026.

4. Technology will be democratized

One scary aspect of AI from a competition standpoint is that it seems like the biggest companies can monopolize the technology. Right now, for instance, Google, Facebook, Amazon, Apple, Uber and Baidu are hoarding much of the AI talent. The tech giants are even raiding university staffs, meaning that there are fewer people to teach AI to the next generation. Capitalism has always been premised on the idea that small business people with little capital but a great idea or insight can start businesses that will topple the giants. Since AI can be used to create such insights though, how can the little guy compete? This is a valid objection, but I strongly believe that AI tools will be available to everyone – not just the industry’s top players. Soon you’ll see the commoditization of AI platforms. There are new technologies coming out that will allow medium size and small companies to do AI on lower-end or more cost-conscious platforms. In a few years, you’ll see platforms that integrate the CPU and GPU into a single unit where it can start processing data and graphical information in a single platform. That will make the technology cheaper and more affordable to the masses. The result: The entrepreneur in a garage can still start the next Apple or Google.

It’s hard to think of an industry that won’t be revolutionized by AI. For consumers, industries like healthcare, retail, media and transportation will get much better. Workers won’t be doing mindless tasks anymore but will use their creativity and imagination to do things that machines can’t. While some occupations will fall away, new ones we can’t imagine yet will take their place.

I’ve been in the tech industry for more than two decades. I’ve seen innovations like server virtualization and cloud computing make businesses more efficient and agile. But AI can solve some of the world’s biggest problems. I’ve never been involved in anything as exciting as this.

Don Frame is the Data Center Group (DCG) Brand Director for Lenovo North America. As Lenovo now launches its largest, most comprehensive portfolio of server, storage, networking, software and data center services in its history, Don is responsible for leading product marketing and management to drive Lenovo’s enterprise products business into the future of the data center.

He's leveraging over 20 years' experience in product development, technical marketing and solution training to make sure Lenovo customers and channel partners find success, and to establish Lenovo as a trusted data center advisor to customers.

The opinions expressed in this blog are those of Don Frame and do not necessarily represent those of IDG Communications, Inc., its parent, subsidiary or affiliated companies.