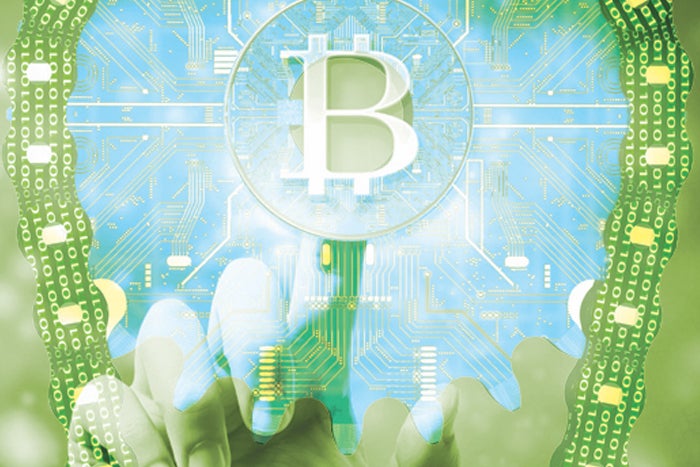 Blockchain has become among the hottest technologies today. Companies are now keen on exploring its possible applications to their business while scores of startups are also rushing to offer blockchain-based services across a variety of verticals. Even large traditional financial institutions like banks have acknowledged the disruption blockchain has brought to their industries and are putting up efforts to leverage the technology for their own use.

The integration of smart contracts into blockchain has allowed developers to extend its capabilities beyond record keeping and coins. Now, companies could offer their own cryptocurrencies thus giving rise to initial coin offerings (ICOs) as means of fund raising for startups. Anything of value can now be “tokenized” through blockchain platforms resulting in new ways to trade both tangible and intellectual assets.

As with such trends, tech officers may face the question of blockchain adoption from their respective organizations. It may not be a straightforward issue to address since the rapid development of blockchain technologies may yield applications that could directly and indirectly affect businesses. The impact could be on their ways of doing business, competition, or opportunities. Here are five ways blockchain is disrupting just about everything today.

As of writing this, bitcoin is currently trading at around $4,500, hitting all-time highs this year. This led to speculation whether or not cryptocurrencies should be a preferred investment over precious metals such as gold. Still, gold continues to be a popular means of investing. It is tangible and less volatile than cryptocurrencies making it a practical option for some investors. Blockchain, however, can change how gold is traded. Physical assets like gold can be tokenized and traded through blockchain.

For instance, one startup, GoldMint offers a platform that offers gold ownership through blockchain where investors can trade gold and fiat currency for gold-backed tokens. Asset-backed tokens are less volatile compared to most cryptocurrencies. Such mechanism provides investors with a new channel to diversify their portfolios and a more liquid way of investing in precious metals.

To address the need to physical handle gold, GoldMint is developing a vending machine-type device dubbed the “Custody Bot” that could accept physical gold deposits and tokenize them. Companies and individuals who are looking to diversify their assets can now look into trading gold and still have the liquidity needed by businesses.

Coins and payments have been the initial use cases for blockchain. As such, most of the available blockchain services today revolve around these functions. Services such as coin exchanges, remittance services, and payments processing are now maturing that companies can confidently explore supporting cryptocurrencies in their respective businesses.

Bitcoin is now also widely recognized as a legal payment method. Adoption by tech companies such as WordPress, Intuit, and Microsoft have been instrumental in enhancing bitcoin’s reputation as a legitimate tender for online transactions. Japan’s move to legalize bitcoin for payments has driven adoption of widespread support even by brick-and-mortar businesses.

Blockchain does solve some of the issues with traditional payment methods. Blockchain can credit payments faster. Traditional methods often have to route transactions through banks and clearing houses before the money is actually credited to the merchant’s account. In addition, since transactions can’t be reversed, merchants have little to worry about chargebacks from fraudulent transactions.

The introduction of smart contracts to blockchain has given opportunity for high value assets such as real estate to be traded digitally. Real estate applications and services often are limited to connecting buyers and sellers. Much of the process still relies on face-to-face transactions and third parties like brokers, banks, and lawyers.

Blockchain smart contracts could upend this way of doing things as the process can now happen within the digital platform including listing, payments, and documentation. Blockchain startups now seek to redefine the real estate trading experience. By tokenizing real estate, these assets can then be traded like stocks over an exchange essentially lowering the barriers for investors can get into real estate through fractional ownership. This also increases the liquidity of real estate assets.

Even governments are looking into the technology. Sweden, for instance, is currently testing blockchain for its land registry.

While there have been exciting developments in the technology, blockchain isn’t without its challenges. Since it’s a disruptive technology, regulation and legislation have yet to catch up on its applications. Despite the growing acceptance of cryptocurrencies, consumers are still cautioned by governments and central banks about their risks. Only a handful of boutique banks are supporting bitcoin. Even ICOs have yet to be fully regulated by exchange commissions and smart contracts have yet to be widely accepted as legally binding.

However, there is great effort in the blockchain community to push for the legitimacy of these various blockchain-based products and services. Several US states such as Vermont and Arizona have passed legislation that would make smart contracts admissible as records.

Security has now become a major concern for just about anyone today. Because of the increase in reported cyberattacks, more consumers are becoming more discerning at how companies value customer information. Companies are also putting up more stringent measures to combat fraud.

The downside to increased security is the increase in friction in the customer experience. Advanced algorithms are often needed to minimize instances of false positives when processing transactions. The use of blockchain to verify identity is now being explored. Since blockchain is transparent and immutable, information stored on blockchain can work much like digital fingerprints and signatures.

Civic offers identity verification and protection tools for its customers. The service uses blockchain to verify hashed identity data in order to provide real time and accurate authentication. Civic never receives or stores member data thus preventing the possible leak of such sensitive information in cases of a breach. These new platforms would give businesses new ways to handle verification and authentication.

Companies and their tech leaders must be on top of these developments in blockchain. Certain applications like payments are maturing and are emerging to be alternatives to existing ways of doing things. As with these trends, consumer preferences may shift which would compel businesses to support these new ways of doing things. Startups are also aggressive in developing their blockchain initiatives. These new applications may then be ushering in disruption across a wide variety of verticals. Almost any endeavor could benefit from blockchain’s strengths so it would only be both wise and prudent to examine the angles in which businesses could leverage the technology to their advantage.