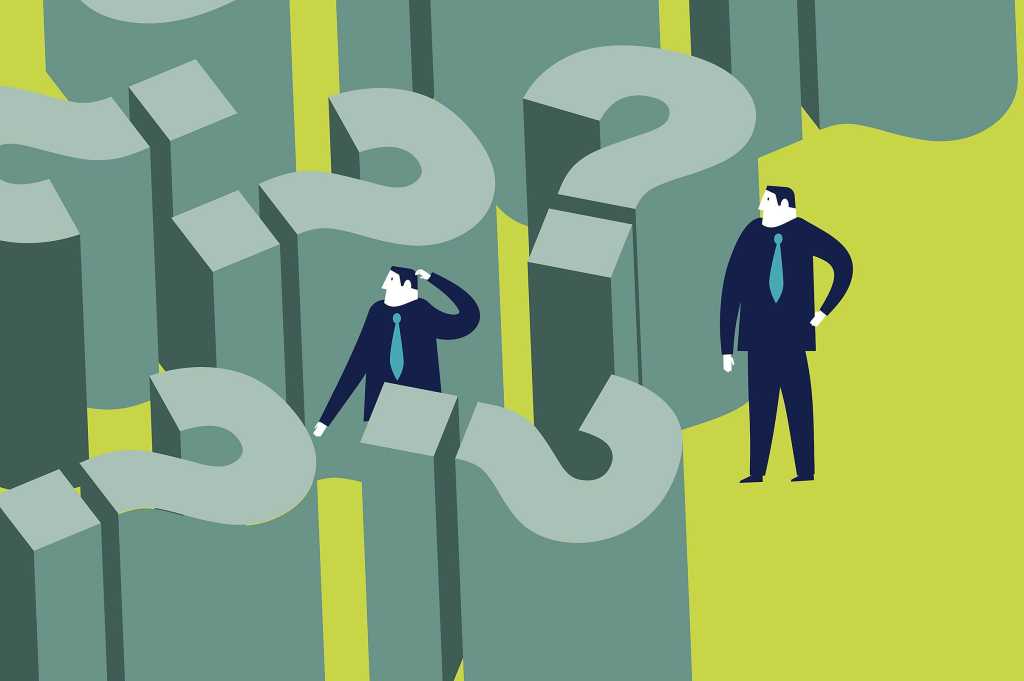 A successful business, regardless of the industry, has similar attributes.

In my last article, I outlined gaining shared purpose as one of the patterns of successful companies. Lack of a shared purpose, in a business, foster silos where individual organization parts otherwise undermine the collective progress.

Another pattern is how people in a business operate when things are uncertain and ambiguous.

While I was at Sage and responsible for its Product & Technology organization in North America, I would occasionally get asked “What do you do when you don’t know what to do”.

It was part of growing our Leadership team to be successful operating in a fast pace environment.

A business can either stall and slow things down until it gains clarity.

Or it can leap frog others if it has the right talent that thrives and knows how to make progress in an ambiguous environment.

Lack of clarity is the new norm

With change being constant – a successful business is built to change.

It is a reflection on the pace of innovation that keeps getting faster than a business can adopt.

Also, changes in our global macro-social and economic environment are impacting the operating climate of a business.

All leading to a significant increase in the level of ambiguity and uncertainty in our daily life.

Business growth is now dependent on an organization ability to thrive in such an uncertain and ambiguous environment.

It is business-essential now. The question is how you as a leader address it? What do you do when you don’t know what to do?

I gained a new level of clarity around how to be certain in uncertain times while attending a Leadership Training at West Point.

There I learned to embrace a concept called VUCA.

VUCA is an acronym that originated in Army. It stands for Volatility, Uncertainty, Complexity, or Ambiguity.

The term signifies how every combat mission is fast changing, volatile and ambiguous. To be successful in these missions, every soldier must be comfortable operating in a “VUCA” environment. Your troop and your life depend on it. So, does the successful outcome of a mission.

Hence everyone who joins the Army gets ingrained in operating in VUCA environment from day one.

How does the Army train for VUCA?

First, it is about instilling strong Core Values in everyone who joins the rank of the esteemed institution at every level.

Army’s Core Value and its ethos such as “no man left behind” focuses everyone on the big-picture mission success.

A strong culture aligns everyone on the shared success of the common purpose.

Next, you will constantly hear about “commander’s intent.”

Every time a mission is taken the entire combat team is made very clear about the purpose (WHY/WHAT) of the mission and what a successful outcome looks like. It is unambiguous. It is known as “commander’s intent.”

“Commander’s intent” empowers troops to own and adjusts the actions (HOW) based on the ground realities that successfully achieve a mission’s purpose.

Lessons from the Army – VUCA

I saw a common pattern emerging from the time I spend at West point and from the companies that were having success:

1. Building core values that come to work every day

Like Army’s “No Man Left Behind” – when a business is deeply focused on cultivating its core values, people assume ownership.

A strong culture scales well. It permeates in every fabric of the company.

In a strong culture, core values become the guard rails.

It enables people to operate with a level of autonomy.

It empowers them to decide, figure things out, and act confidently when a situation gets ambiguous and uncertain.

Let’s look at some successful examples in the business world:

Amazon.com has a deep focus on Values and its Purpose.

As a result, they continue to operate with an agility that is usually characteristic of small Startups. This is despite its mega-fold growth and its massive size.

Amazon is NOT the first company that touts its Mission and Vision around obsession to satisfy its customers.

Unlike any other company though it is a business where all of its employees walk the talk when it comes to the obsession about its customer success.

Here is how Amazon emphasize its core values at their company website:

“Our Leadership Principles aren’t just a pretty inspirational wall hanging. These Principles work hard, just like we do. Amazonians use them, every day, whether they’re discussing ideas for new projects, deciding on the best solution for a customer’s problem, or interviewing candidates. It’s just one of the things that make Amazon peculiar.”

Jeff Immelt recently wrote a great post on HBR about GE Transformation journey under his leadership. He emphasizes:

“When companies are slow, it is typically a sign that their costs are in the wrong place. One of the reasons big companies fail is that they don’t think they can afford something and aren’t willing to free up the resources to make bold moves.”

Leaders are scared freeing up resources from slow growth business and worry about its negative impact.

It matches my experience as well.

It is a common sight in a large business where it leaders lobby and passionately debate to protect their respective budget. It is not uncommon to see how organization structure dynamics takes over the business purpose. Time and again, leaders fail to see the forest for the trees.

In most cases, their concern and worries are not correlated to the size of the organization. Successful leaders think and operate differently. Done right, Constraints can lead to bringing clarity.

Why do constraints help? Research on creativity and constraint demonstrates that, when options are limited, people generate more, rather than less, varied solutions — apparently because their attention is less scattered.

Constraints help spur creativity and bonds the team that otherwise hard to create.

It is one of the reasons – why StartUps with limited resources, and means – can produce more and surprise big monoliths overtaking the industry.

3. Be absolutely clear on the purpose (WHAT) of the mission while allowing improvisation to the plan (HOW)

Be clear on what is the commander’s intent when starting an initiative.

It is a leader responsibility to be clear on an initiative objective, its purpose, and what success looks like.

Everyone in the organization should know what the true north looks like.

For example, over the years, I have made it a habit to write a simple charter document of every initiative that I lead. It is a simple one-pager (less is more) that describe the Purpose (WHY) of the initiative, its Objective (WHAT), and its measure of success (GOAL). It brings clarity around the purpose of the mission and aligns everyone on the shared success.

Also, while I remain involved at an operational level assessing progress and coaching leaders regularly – we empower our team to decide on the best way (HOW) to approach it and adjust approach quickly based on the ground reality.

4. Leadership at its best when things are at its worst

Ask yourself: how steady you are when things are unsteady?

I have yet to see a technology initiative that did not experience setbacks. Things just don’t go as planned.

How you respond when an initiative suffers setback is more critical in defining your leadership any other moment.

These are the leadership moments.

Over the years, I had to work on my own leadership style during such moments. I had to learn about my intent and its impact it has on people. A couple of changes:

The good news is that thriving in an ambiguous environment can be created where people and business can be successful.

The question is, are you ready? What would you do when you don’t know what to do?

Alok Tyagi is a Partner at Fortium Partners where he provides C-suite leadership to companies that are operating their business either in SaaS/Cloud environment or going through a digital business transformation. He brings more than 30 years of hands-on technology leadership experience in software product strategy, product management, design and development of market leading global enterprise software products.

Previously, Alok has filled executive product & technology leadership positions of industry-leading companies such as Oracle, Peoplesoft, JDEdwards, Sage and CA Technologies. In those roles, he has led large product businesses and organization.

Tyagi is driven by a founder mindset and a strong sense of purpose, which lead to an increase in shareholder value and a stronger technology business. A champion of Digital Transformation in every industry – Alok regularly advises various start-ups companies and mentor entrepreneurs as part of the incubators and accelerators.

Alok Tyagi has an MBA from the University of Colorado and he is a Computer Engineering graduate from Regional Engineering College in India. You can connect with him on Twitter @aloktyagi or on LinkedIn.

The opinions expressed in this blog are those of Alok Tyagi and do not necessarily represent those of IDG Communications, Inc., its parent, subsidiary or affiliated companies.