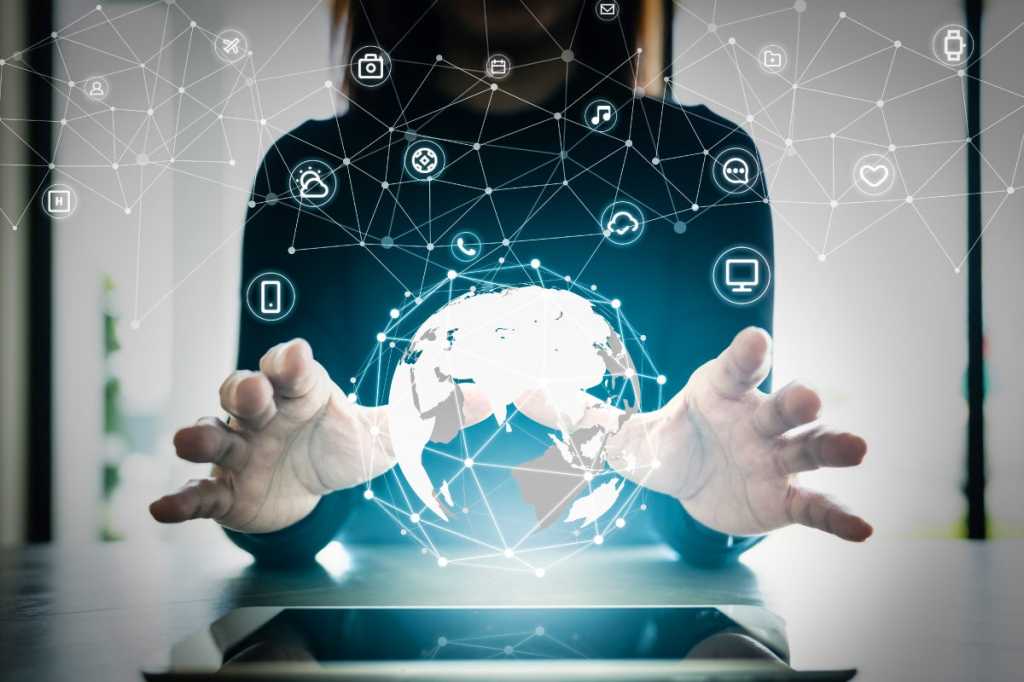 The Internet of Things is a concept that was popularized almost by accident. As Wi-Fi connectivity became easier to accomplish in years past, manufacturers began incorporating internet connections in everything from stuffed dolls to refrigerators. Regardless of the usefulness of such products, the result is a web of everyday objects, applications, and devices that constantly connect us to each other.

This web creates immense amounts of data that has grown exponentially in recent years. Owners of the Kolibree Ara Smart Toothbrush, for example, generate a string of ones and zeroes when they brush their teeth. Information like this has value, whether to the manufacturer who can measure the average time that one spends brushing and adjust the size of the device’s battery, or to advertisers, who might pay for your dental-upkeep data to effectively sell you floss. As such, big data is rapidly becoming an all-encompassing aspect of the IoT revolution.

The applications of big data and the IoT are both consumer and corporate, but blockchain has the potential to improve both substantially. Its self-sufficiency, transparency, and purity lead some to believe that blockchain is the key to removing human input entirely from the processes that rely on IoT data.

Blockchain’s ledger-like capabilities are extremely relevant to the IoT because it is a solution designed to organize inputs from a huge array of participants. Whether people transacting in Bitcoin, voting in an election, or smart contract users, blockchain provides an incorruptible, decentralized method for data attribution and security. There can be no question which participant made which entry, and in which order.

It accomplishes such feats because the blockchain is made up of millions of nodes, all of which simultaneously run the network, ensure its security through encryption and decentralization, and keep a real-time version of its ledger alive between them. For solutions like supply chain management or logistics, this is key.

Logistics companies, for instance, can rely on the integrity of their data when it is collected via blockchain, and need not question the veracity of the nodes nor their method of data collection. There is no margin of error, making it very easy to streamline business flows and be confident that the desired result was achieved. However, using a logistics company as an example, the proliferation of IoT-connected warehouse robots and other automated equipment gives blockchain another potential application.

A blockchain-based warehouse robot, for example, can gather data autonomously and use it to act without relying on a human for approval. Whereas a data technician or database engineer would otherwise extract and organize their output into a reliable form before using it to alter the behavior of the robots, with blockchain, robots can accomplish these activities on their own. This is the goal of Modum, one company that combines IoT sensors with blockchain technology.

According to the company’s website, “the modum sensors record environmental conditions during shipments. When shipped goods change ownership, the collected data is checked against a specific smart contract in the blockchain. The contract validates that the transaction meets all of the standards set out by the customer, their clients or the regulator and triggers various actions: notifications to sender and receiver, payment, or release of goods, etc.”

Indeed, transference is another problem Modum claims to have solved. Though IoT devices already collect data on individual shipments of goods, the blockchain will allow smart contracts to check the devices and determine if the shipment’s important conditions like temperature, inventory count, and more were met before it changes hands.

Besides boosting the independence of automated IoT devices like these, blockchain will also improve IoT security. Hackers who gain access to a single IoT node can often enter the entire system, and will steal user data, publish it online or sell it to the highest bidder. The solutions to such a problem are expensive: data architects must create complicated applications, protocols, analytics processes and storage solutions that gather the IoT’s errant data and keep it contained.

A decentralized platform might be the answer they’re looking for, and a cheaper one as well. Peer-to-peer models for handling the communications between IoT devices will add to the bottom line, by distributing the computation and security needs of a single expensive solution to the whole network.

The future is now

Blockchain technology will allow IoT devices to truly become autonomous – exchanging data, executing actions, and improving their own processes – all without any kind of centralized authority. Whether this is a lonely human assigned to watch over a small system or a multi-billion-dollar server array, the benefits are plain to see. As new companies find success in the marketplace, blockchain technology will slowly be adopted in industries far and wide, with IoT at the crux of the trend.