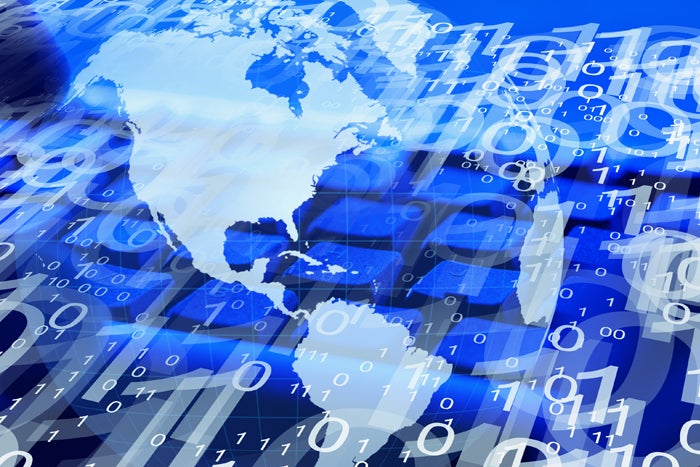 Computer viruses and malware are not a new problem. For as long as people have had computers and the ability to enter data, there have been those all too eager to wreak havoc on these systems for personal gain or simply to cause chaos. This back-and-forth in technology has led to the growth of what is now a multibillion-dollar cybersecurity industry. Today, users can choose from hundreds of antivirus services, malware protection suites, and more.

Even so, the problems associated with malware and hacking only seem to be worsening. As the technology to fight them has evolved, cyberattacks have become more sophisticated by taking advantage of the way the current systems work. Even worse, state actors have taken to using these attacks and malware systems to weaponize websites and sow chaos in other countries.

The problem isn’t necessarily endless, however. As new systems such as blockchain and P2P networks gain more widespread acceptance, the ways we deal with cybersecurity and malware attacks could evolve radically.

While popular services such as Norton and Symantec’s antivirus and malware protection suites are increasingly effective at defending against common attacks, they are still lacking in some regards. Still, a significant investment in research, development, and constant updates does not negate a computer owner’s responsibility for carefully navigating through the web, unaware of who or what may be waiting to load malware onto their systems.

Several warnings when surfing the internet have become truisms: don’t open links or attachments from unknown origins; avoid downloading apps from websites you don’t know; steer clear of websites that have shady domain names or are untrusted. Despite these best practices, hackers have still managed to circumvent most basic protections. As recently as last week, CBS’ Showtime websites were found to have been running scripts that took over users’ processing power to mine cryptocurrency.

Even trusted malware protection services such as the widely distributed and free CCleaner have been dirtied by the threats they defend against. The free suite was found to be installing malware-laced backdoors into personal computers through updates. Even worse, it’s the third time in as many months that this has happened.

Another major problem malware protection services face is one of communication speeds. While individual users may be saved from attacks by end-point software, the malware behind them is only updated into the wider network sporadically. This means that between the time of the attack and when these attacks are logged to protect the wider community, hackers and bots have a large window of time to affect as many users as they can. Without a fast way to communicate threats, protecting wider networks becomes a near impossibility in practice.

Creating a web of real-time defense with P2P infrastructure

Some companies have taken note of these inconsistencies, and found that the root problems are not the antivirus suites themselves, but rather the way they relay information about attacks and malware. The main impediment lies in the window of time hackers have between an attack and the report becoming public.

One solution that is quickly gaining popularity is to take advantage of decentralized communication systems to create real-time preventive tools. With the rising popularity of blockchain and P2P technologies that create faster communication networks, users can be warned of potential threats as they unfold.

LevelNet, about to launch its ICO soon, has taken to this paradigm to create solutions that let individual users defend themselves while helping keep the broader community prepared. The company’s service does not replace antivirus suites, but works with them to deliver faster notifications to other devices on its network as attacks occur in what they term “alert, warn, and monitor” operations. Instead of a window of hours and even days, hackers’ times for attacks could be reduced to just minutes.

The platform’s cybersecurity software is designed “to provide unseen-before protection level to any internet user. Once installed on the device it forms a peer-to-peer network and combines all cybersecurity resources available in the network to protect a single user.” I for one am looking forward to giving it a try.

Blockchain not a quick fix solution

Some experts have warned that blockchain is not the silver bullet to solve security problems, but the decentralized and heavily encrypted network’s communication infrastructure could play a large part in solving many software supply-chain problems that enable malware to thrive. More important, the ease of communication between participants in these networks means that solutions and alerts can be sent much quicker when compared with traditional web channels.

By eliminating the middleman, P2P networks can handle communication swiftly while helping antivirus software tackle immediate situations as they emerge. This in turn could result in better protection for end users while making it significantly harder for hackers to target vulnerabilities that have yet to be made widely known.

Newer networks and the power of the people

While the traditional model of web architecture is unlikely to change any time soon, blockchain and P2P infrastructure are quickly showing their potential in security and protection. By creating real-time communication networks that cut down on delays in relay time, P2P networks are starting to create serious difficulties for hackers and malware attacks.

Thanks to a growing interest in protection, the adoption of these systems and the evolution of technologies that take advantage of them could quickly put a dent in malware attacks. As more startups begin to embrace the real potential of blockchain and P2P outside of their initial use cases, the security industry could be set to capitalize on a new boom in development.