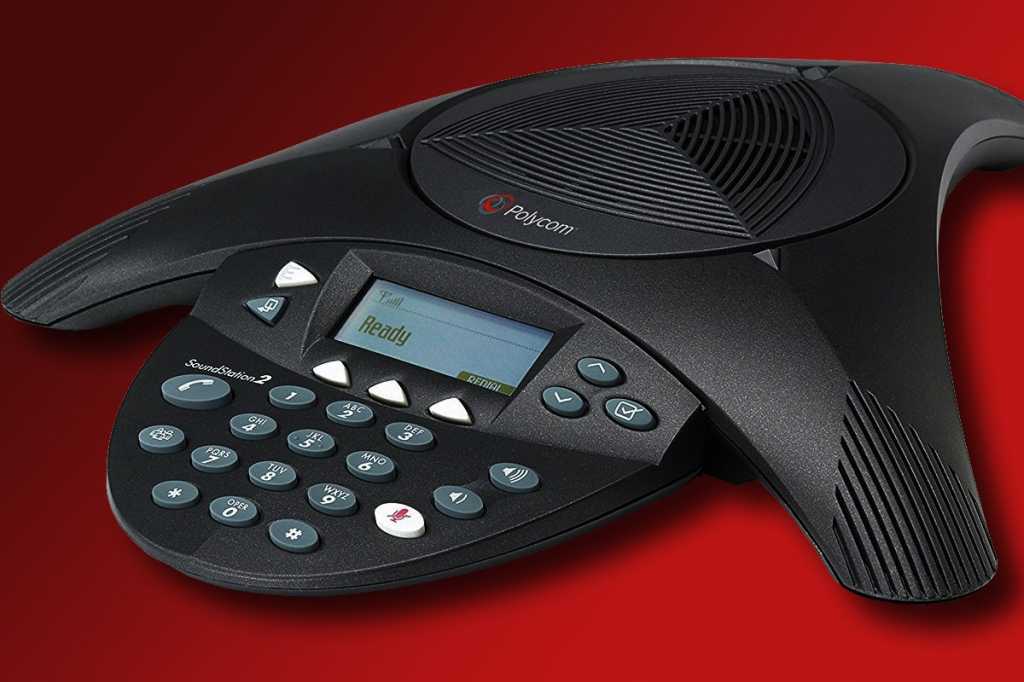 In 2014, shortly after I’d accepted the Executive Vice President of Worldwide Engineering at Polycom, a man came to see me in my San Jose office. He was in my org chart but didn’t report to me directly. Thankfully, the handlebar mustache and half-frame circular glasses betrayed what would have otherwise been an anonymous face.

His name is Jeff Rodman, Polycom’s co-founder. And he had come to find out if I was worthy. Jeff was not overt or confrontational about it. I am not even sure he was aware of it, but from the tenor of our conversation, I could tell he was measuring me, trying to discern if I was worthy of something so close to him.

They did not love phones … and that’s what Jeff was looking for.

An impromptu visit might sound like an odd anecdote to celebrate something like Polycom’s 25th anniversary. Yet it encapsulates a spirit that has undergirded the company’s success.

More than that, it captures a theme central to longer term success that today’s tech culture — with its relentless focus on exits — can easily snuff out.

Over the last half century, technology has reshaped our lives and our work. For digital natives, awash in more ways to connect than they can keep up with, it’s easy to forget what it was like before.

In 1992, I was working at Nortel where we made millions of phones a year. However, the idea of a speakerphone that could naturally facilitate multi-directional communication was little more than a dream. It was simply too expensive to develop, nobody would pay for it, and who knew if it could even be done.

That same year, Polycom debuted the iconic SoundStation with a $1,400 price tag. As is often the case with innovation, disruption came from outside the establishment. Inspired by a lifelong love of music and human connections — along with a 99 cent book from RadioShack — Jeff Rodman and Brian Hinman had founded Polycom two years earlier.

Their hope was to bring to life what Nortel and every other communication company thought was impossible: a phone that would let multiple people in multiple locations talk and collaborate naturally. This meant moving from the industry standard half-duplex system to a full-duplex setup where sound could travel in multiple directions.

The SoundStation was the first incarnation of that dream and, by the mid-90s, Nortel had one in every conference room. That kind of irony — an real time communications company outfitting their offices with a competitor’s product — only comes from the immense business value that true full duplex sound creates.

The rest of the story —- from growing into a multi-billion-dollar company and becoming a boardroom staple everywhere from Silicon Valley to the Pentagon to The Simpsons — is history.

Behind the business value and technical advancement stood something even more foundational: the desire to connect people across distances and free them from the barriers that inhibit collaborative experiences. It was a love that sustained Jeff for 25 years.

The prevailing mindset among today’s tech leaders is “build it and flip it.”

There’s nothing wrong with that mentality. We all have to make a living, and if you can put a Ferrari in the garage along with food on the table, that’s perfectly fine.

But for people like Jeff — people for whom developing tech is not just about building a company — that kind of thinking is more than short sighted. It’s empty. Maybe you feel the same way.

The advice to “follow your passion,” to find what you love and do it, borders on cliché. Commencement speeches and self-help books teem with well-worn mantras. Still, that does not make them any less true.

Steve Jobs devoted his life to a single company and a single idea: making technology simple. For others, their calling has led them from the private sector to the public, from business to academics, or from big players to their own startups.

After all, it’s not staying in the same company that matters. Even less is it thinking of money or being as good as what else is on the market. Improving upon what exists and relentlessly pushing beyond what’s “possible,” that is where real disruptive success comes from. Long-term success comes from following your calling, from taking the next logical step in the larger development.

If you are working on something, the question can’t be, “How can we sell this product or company?” but instead, “How can we make things better?”

Today, Jeff’s love continues to have an impact on Polycom as with the release of Trio 8500. In his case, it was a love of the piano, of music, of sound, and of people that led to the creation of a phone capable of picking up every syllable from every speaker. For me, it was and still is a love of unified communications. I love technology in general and while I have done other things, like security and long-haul optical, phones and real time communication— and the extension of how people communicate and collaborate — have always been what I come back to.

Whatever it is you choose to do with your work, you must love it because you may be doing it 12–18 hours a day, not because you have to but because you want to. And the truth is, the pressure to “exit” doesn’t really exist. When you have a calling, when you believe in what you’re doing, you find a way to stay in. In fact, you can’t help it.