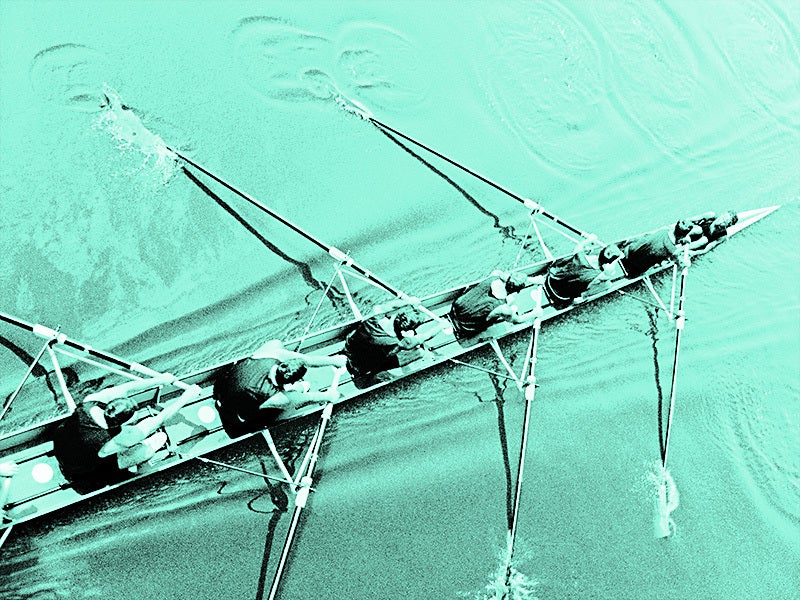 Our research on the factors necessary for successful collaboration has shown that although technology is an “enabler” of interactions, collaboration is a collection of human behaviors. What we found most critical are two things: a “collaborative mindset” and learning how to collaborate successfully.

One of our assessment tools (TCEP, which I wrote about in my last blog), is a metric of how collaborative a team or organization is. This metric is subjective, but it does allow everyone to put themselves on the same scale, so groups, teams, and departments, can compare themselves to each other.

One of the characteristics we are able to tell from these TCEP scores is if the team, group, or department has a collaborative mindset. Often the behaviors of an organization follow the behaviors of the leaders. One of the latest “bad” examples is Travis Kaplinik, the former CEO of Uber.

When I worked at Oracle (employee 300), it was clear that Larry Ellison’s behavior affected the behaviors of most employees. From him, I learned “it was better to ask for forgiveness than permission.” Not a great strategy for collaboration, but often a good way to make quick progress on a project, rather than succumbing to “analysis paralysis.”

Leaders also have a big effect on the collaborative behaviors of groups, teams, and departments. If a team leader has a collaborative mindset, he can also infect his team with this mindset.

What is the collaborative mindset?

This mindset is hard to define, but you know it when you see it. Some of the components that make up this mindset include:

How to support good collaborative interactions

I have seen a variety of techniques used. Often they are exercises, games, or scenarios that make the best behaviors simple. Early in my career, I went around asking everyone I met if they were good at collaborating? Everyone said yes. Unfortunately, I did not ask them to prove it.

For example, I tell most of my clients that it is bad to break up with your girlfriend/boyfriend over text. Yet every time I use this example a few people in the audience smile, acknowledging that they have either done this or been the recipient of this.

Familiarity with a collaboration tool often encourages employees to use the tool sometimes in the right circumstances, but many times in the wrong ones, i.e., for a person with a hammer, every problem looks like a nail.

The other problem is that employees can often “hide” behind the tool in collaborative interactions – often texting can make them less effective. Other employees, especially those in the C-suite, are often unfamiliar with various collaborative tools, and so unwilling to use them, as they don’t want to look foolish or dumb. This is easily overcome by doing one-on-one training and making them allies rather than obstacles.

One of the results of our research is that teams that collaborate effectively often are 20 to 25 percent more productive than teams that don’t. So it is really worthwhile to help teams adopt a “collaborative mindset,” as it can really effect the bottom line.

As an industry analyst focused on all aspects of collaboration for the last 25 years David Coleman has a unique perspective on trends and directions this market is going. He has written four books in the past about collaboration, as well as innumerable articles (trade publications), blogs and webinars/speaking engagements. He is currently working on a new book on Collaboration 3.0: Coordinating Critical Aspects of the Future of Work.

David has consulted with many companies of all sizes to help develop collaborative strategies to help them get the most out of their tool investments, and have found that there are 4 factors involved in collaboration success (People, Process, Technology, Space). More often than not, it is issues around people and behavior that are limiting the productivity of collaboration.

He has also developed a variety of metrics around collaboration, since it is very hard to determine the actual value you get from it, since most of the value is both indirect and intangible.

He has worked on simulations or templates to help team members learn better collaborative behaviors, and have seen productivity increase by 25 percent.

He also does a lot of primary and secondary research around collaboration, and currently track about 2000 collaborative solutions (about 900 are in the directories on my website at www.collaboratingbetter.com).

He has written my own blog, blogs for other collaboration vendors, and was a research analyst at GigaOM for 4 years. He has worked with many collaboration vendors to develop strategies and product road maps that take into account the rapidly shifting nature of our environment today.

Finally, he looks at how emerging technologies like: AI/machine learning, AR/VR, mobile collaboration, nanotechnologies, additive manufacturing, autonomous cars, and the changing (physical) work environment, the gig economy, generational challenges, etc. In how they affect the way we will be working in the future.

The opinions expressed in this blog are those of David Coleman and do not necessarily represent those of IDG Communications, Inc., its parent, subsidiary or affiliated companies.