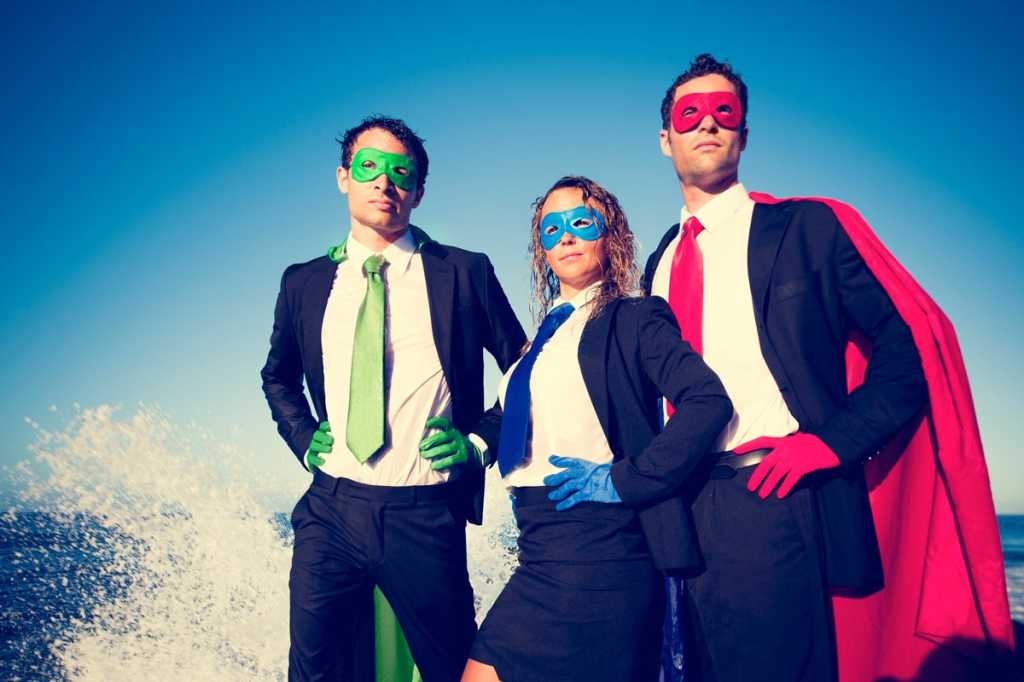 The Lone Ranger had Tonto; Batman had Robin. And Han Solo would have been lost in space without Chewbacca.

Like those superheroes, top-notch CIOs rarely do the job alone. They need skilled lieutenants who can step in when the boss is busy wrestling bad partnerships, provide sage tactical advice behind the scenes, and keep their strategies initiatives flying in the right direction.

That’s because the CIO job has gotten a lot more complex over the past decade, notes Greg Layok, senior director at West Monroe Partners, a business and technology consultancy.

Today’s CIOs focus less on tactical technology and more on strategic business initiatives, he says. At the same time, though, they’re still responsible for keeping the servers humming in a tech landscape that changes almost daily, with traditional silos being torn down and technology embedded throughout the organization.

[ Learn from your peers: Check out our State of the CIO 2017 report on the challenges and concerns of CIOs today. | Find out whether you have what it takes to be a next-generation CIO and how IT leaders transform their organizations for the digital era. | Get weekly IT leaderhip insights by signing up for our CIO Leader newsletter. ]

“There’s the CIO’s role as a pure executive, helping to run the business along with the other CxOs,” he says. “Then there are the changes within IT itself, with titles breaking down and people collaborating across different functions. Having a No. 2 who can help with that, while the CIO squares off with all the other executives, is what mature organizations need.”

But all lieutenants don’t bring the same talents or fill the same roles. The best deputies fall into one of three basic categories, the natural successor, the wise counsel and the ultimate assistant — epitomized by iconic figures from science fiction and fantasy: Commander William Riker, Tyrion Lannister, and Virginia “Pepper” Potts.

The natural successor (aka ‘Commander Riker’)

CIOs in large organizations need a No. 2 who can step in and act on their behalf with complete authority, says Sue Bergamo, CIO and CISO for Episerver, a digital content and marketing platform.

In short, they need someone like Commander William Riker (Jonathan Frakes) from Star Trek: Next Generation (aka “Number One”).

“When Captain Picard leaves the bridge, Riker steps in and he’s in command,” says Bergamo. “He’s generous, acts with integrity; he’s transparent. There’s no ego. He’s not a replacement; he’s next in command. He’s assuming the leadership position. And because he acts with integrity and is loyal, everyone knows it and lets him lead.”

Like CIOs themselves, successful deputies in the Riker mold tend to be more senior, and they need a broader range of experience and expertise than in the past, says Layok.

“These are not small jobs,” he says. “Ten years ago your Riker would have been worried about IT operations. This job is far more complex and requires an executive presence.”

Bergamo says finding the right person to fill that role can be a challenge, and having excellent tech skills is not enough.

“If you have the kind of relationship with the person you call your right arm, they’d better prove themselves to be loyal, because you have to have each other’s back, every single day,” she says. “They also need to be able to act with integrity and transparency, which is hopefully the message you’re sending them as CIO. If you can find that combination of skill, loyalty, and integrity, you’ve got the recipe for a successful deputy.”

The wise counsel (aka ‘Tyrion Lannister’)

Some CIOs aren’t shopping for a potential successor or looking for someone to step in and take the reins. But they do need to surround themselves with people who are smarter than they are and can offer expertise and guidance.

“Some of my more traditional colleagues want to sit at the top of the pyramid and try to be the smartest person in the room,” says Renee McKaskle, senior VP and CIO for Hitachi Vantara, a developer of data-driven software, solutions and services. “That’s egotistical and wrong. You and your peers need to be hiring people smarter than you are so you can keep up with the velocity of business.”

They need someone like Tyrion Lannister (Peter Dinklage), the diminutive Hand of the King from Game of Thrones, who’s uncomfortable sitting on the Iron Throne but more than willing to whisper in the queen’s ear.

Whether a CIO needs a Tyrion depends on the scale and scope of your organization, as well as how mature it is, says Keith Collins, CIO for SAS, a $3.2 billion maker of analytics platforms.

“A relatively large organization like the Starship Enterprise may need a Riker,” he says. “But sometimes you’re not looking for a second to take over your role, but one who can augment your abilities.”

McKaskle says the CIO’s office really need two kinds of Tyrion. One is a business-minded leader who can meet with clients or other divisions in the same company and teach them how to operate more efficiently — a classic IT consultant role. The other is a thought leader who can share his or her technological know-how with the rest of the CIO’s team.

“The second type are what I call ‘liquid architecture and enablement lieutenants,'” she says. “Every six months the architecture is going to change, and their job is to bring in new technology to help train our staff to think differently.”

They’re also much harder to find, she adds.

“I’ve been at Hitachi a year and a half, and I just hired my first one a few weeks ago,” she says. “It was really hard. We do industrial IoT, and I needed an enabling architecture thinker to not only understand where we are but where we need to get to. Fortunately, the person I hired is brilliant. Every single day he helps me up my game.”

The ultimate assistant (aka ‘Pepper Potts’)

Tony Stark’s Ironman would be a wet hot cybernetic mess without Pepper Potts (Gwyneth Paltrow) to keep him in line and Stark Industries on track. The CIO in virtually any size organization needs a chief of staff, or at least someone who can fulfill the duties of that role, says Collins.

“That’s not necessarily someone who’s going to be your successor, but the person who helps make sure the organization is running smoothly,” he says. “I feel lucky to have an executive assistant who is playing much of the chief of staff role. There are some CIOs who want to believe they can take it all on. They’re the ones who flame out quickly.”

Layok says chief of staff is a good role for someone not as senior as a Riker but who has high potential — almost as a management training exercise.

“It’s a great opportunity to give that individual exposure to everything that’s on the CIO’s plate and give them insight into the strategic nature of the business,” he says. “There are a lot of CIOs I know who have both the Riker and the chief of staff.”

“I just hired my first Gwyneth,” she says. “Even when things are blowing up and the house is crumbling she doesn’t flinch. And she has the ability to tell the emperor that he or she has no clothes.”

Lindberg says the third quality is the hardest to find.

“In every organization I have worked in, the higher you go, the more fearful people are of telling the truth,” she says. “The only way to change that is to create environments where people can tell you what you’ve done wrong.”

It takes a team

Layok says that Rikers land on one end of the lieutenant spectrum, with the Peppers on the other and Tyrions in between.

“But I think for mature organizations Riker is probably the model that works the best,” he says. “Succession planning has to be on the mind of every CIO and organization.”

Still, organizations change. A CIO might spend years grooming a successor only to lose him or her to a shinier offer elsewhere. That’s why smart CIOs try to develop all the members of their team so that they’ll eventually be in a position to succeed them, says Collins.

“I’m 58 and starting to look at the end point of my career,” says Collins. “But I’ve got three capable people below me, and I need to make sure that if I step out, one of them can step in. I have also come to the conclusion you’re at risk if you pick just one. I have three who have the potential to go on to be excellent CIOs. Right now I’m not picking any one of them, but working with all of them to choose opportunities and experiences that will help them in their careers.”

Lindberg has taken a similar approach over her career as C-level executive. Instead of designating a single person to step in when she’s on a three-week vacation or putting out fires at clients, she likes to rotate the responsibility among different members of her staff.

“I’ve been known to have my chief digital officer be in charge for one vacation and my CTO in charge for the next,” she says. “This gives me an interesting view as to who is ready for the next spot, and how successful they are at making decisions and keeping the teams aligned and inspired when I’m away. It’s a big test, and an imperative one as part of succession planning.”

It’s equally important to communicate that person’s role to your team and the entire organization, she adds.

“I like to stand in front of my organization and say, ‘Person X is going to be the decision maker on these types of topics, and Person Y will be in charge of this other thing,'” she says. “Clearly communicating that to the organization stops an amazing amount of swirl. Making the assumption that anyone beside X and Y knows this is one of the biggest failures we can make as leaders.”

(She adds that her former employer, Cigna Health, used lapel pins to indicate who was in charge who was the decision maker for a particular period of time.)

But no matter how skilled your No. 2 is, one person alone is not enough. It takes a team to make a great CIO.

“I need someone who is steeped in everything new, hot and exciting about marketing tech,” Lindberg says. “I need someone who understands what to do with customer data and who can inspire employees to come in every day and do big stuff. But what I have found is that these things are generally not all found in one body. They are different behavioral traits you need to wrap around yourself as a leader to successfully drive a business forward.”