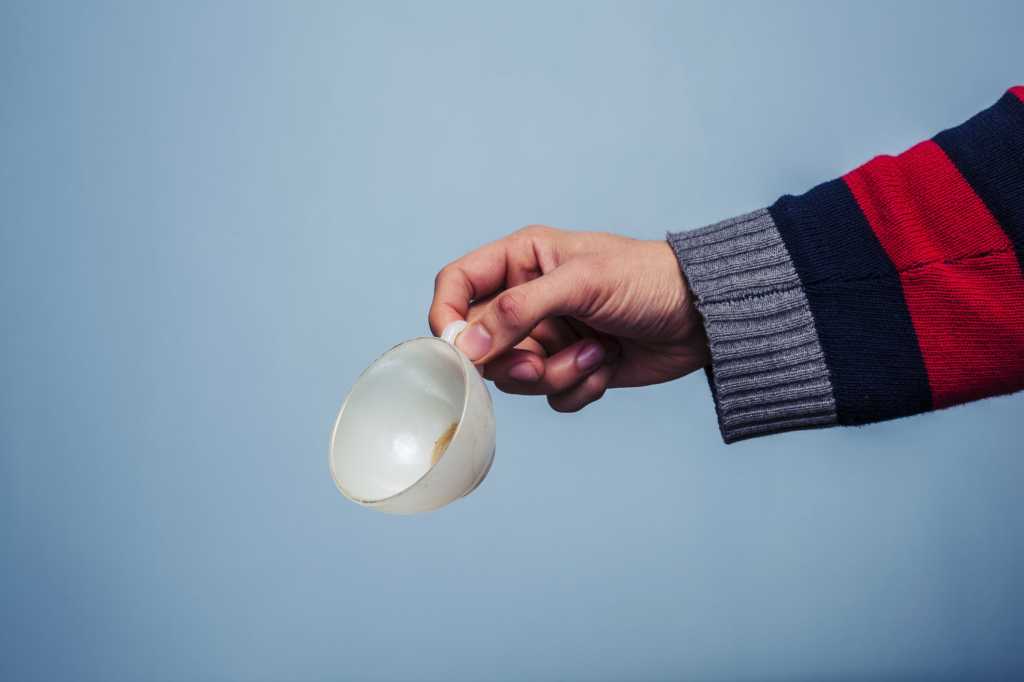 Imagine it’s a Friday night and you decide to try out a fancy-looking new restaurant in town. You pull up to the front and are greeted by a white-gloved valet and a maître d’ who addresses you by name. The maître ushers you inside and seats you at a white-table-clothed, candle-lit table, complete with gleaming cutlery and crystal glassware. You take in the elegant surroundings while your stomach rumbles at the promise of a decadent meal to come.

But when you ask your server for a menu, you get a puzzling response—

“We’re actually what’s known as a “food agnostic” restaurant, which means you can eat whatever you want.”

“Really? That’s incredible! Well, in that case, I’ll have a sirloin with a side of garlic mashed potatoes and some steamed broccoli.”

The waiter smiles and shakes his head, “Oh, no I don’t think you understand, sir. You can eat whatever you want, but we don’t actually provide the food.”

“Of course you can. You’ll just have to take care of that part yourself. But, believe me, our service is excellent!”

Welcome to the world of IoT “solutions” without hardware. While a cloud platform and data storage are important parts of the IoT stack, they’re worthless without hardware to actually provide connectivity and deliver data. IoT platforms that don’t include hardware typically wave this away by telling their customers that they can develop their own hardware solutions. Many even try to sell their absence of hardware as a plus. They use the (admittedly clever) marketing term, “hardware agnostic”, to suggest that the lack of hardware “frees” their customers to use whatever hardware solutions they want.

But, this brings us back to the analogy of the “food agnostic” restaurant. There, unless you’re a trained chef, you’ll almost certainly fail to cook a meal that lives up to expectations. And if you’re anything like me, you’ll probably set fire to the kitchen and have to pick up a pizza on your way home.

In the very same way, unless you have a highly-qualified team of IoT engineers at your disposal, designing, developing, and implementing an IoT product will be extremely difficult. What allows these “hardware-less” IoT platforms to sell their services is the common misconception that making an IoT device is easy. Time and time again, I see businesses grossly underestimate the challenges involved in developing a connected device. Many companies assume they can simply “add connectivity” to existing products as if it were a new coat of paint.

In reality, developing IoT hardware is exceedingly complex. From selecting the proper microcontroller, to sourcing adequate sensors, and all the way to navigating FCC certification, the path from prototype to production is arduous. What’s more, simply creating a functioning piece of hardware is only the beginning.

When portraying “hardware agnosticism” as an asset, IoT companies also conveniently elide the value of deep integration. A well-functioning prototype might suddenly prove unusable when trying to integrate it with existing internal systems and whatever your “vapory” IoT platform of choice. On the other hand, when hardware, firmware, software, and service are all deeply integrated, time to market is infinitely faster, and overall performance is significantly better.

In the end, all these concerns can be summed up in three simple words — “IoT is hard.” So much so, that a whopping 75 percent of all IoT projects fail. In the survey that produced those findings, Cisco identified five central reasons that so many projects fail:

Is the picture becoming clearer? IoT development is difficult, time consuming, and expensive; especially when working without a qualified team. And because IoT is still such a nascent field, very few businesses actually have such a team. As a result, these companies typically take one of two paths. They either attempt to develop their hardware solution in-house and fail; or they outsource the work to a third party. For those companies that take the second path, one has to wonder, what purpose is their “IoT solution” serving if a third party is needed to actually provide connectivity?

The excitement surrounding IoT has created a marketplace in which innumerable businesses are taking on the “IoT” moniker without truly delivering on its promises. This also comes with the unpleasant side effect of widespread confusion surrounding what exactly is IoT.

In the end, an IoT platform without hardware is little more than a regular old cloud service. And slapping “IoT” in front of it usually doesn’t change anything but the price tag. If we hope to ever bring the sci-fi-sounding possibilities of IoT to fruition, we’ll have to start by agreeing on what it is. And in my humble opinion, cloud platforms without any hardware solution most certainly aren’t it.