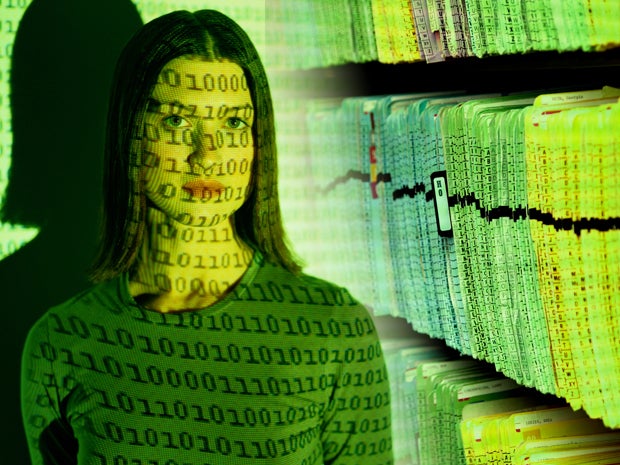 While I normally like to focus this blog on M&A IT, there are profound developments in the blockchain technology and cryptocurrency markets that are important to explore.  While most readers should be familiar with the changes in this arena, some of the recent events and results are truly incredible, particularly with the returns being generated and the funds flowing into this emerging area. In the near future, this sector will undoubtedly experience a wave of M&A transactions, and we will then turn our attention to the M&A impact and how IT will once again play its pivotal part.

For now, let’s look at the four things you need to know today:

1. Returns that are hard to believe

Cryptocurrencies are having an incredible year. 2017 will likely become known as the year cryptocurrencies went mainstream, as adoption has begun to take hold and returns have been truly extraordinary.

Many financial market observers have been pointing out the fact that equity and fixed-income markets have had an unusually long run without a significant correction. Others are forecasting an outright crisis ahead.

With market uncertainty increasing, and a low interest rate environment such as the one we are currently experiencing, investors are clamoring for yield. As a result, cryptocurrencies are besting nearly all other asset classes. Since the beginning of 2017, the major cryptocurrencies have achieved truly astounding returns as shown below:

**Returns listed above are for investors who invested in the currency itself, rather than any derivative securities. (Source: www.coinbase.com/charts.)

Though only three of the currencies with some of the largest market capitalization are listed above, there are actually over 850 other “alternative” currencies in the market. The total market capitalization of these currencies has reached over $150 billion as of September 2017, and continues to grow rapidly. Even with all of these currencies beginning to circulate, still more are coming to market. Initial Coin Offerings (“ICOs”) are driving visibility and demand even further, with funding reaching $1.3 billion in the first half of 2017 alone.

Over the next few years, many of these new currencies will not survive, and we will likely have consolidation around a small number. Nevertheless, these cryptocurrencies and similar cryptoassets are likely to revolutionize not just currency markets, but many non-financial industries as well, particularly in the way they store information and process daily transactions.

As investment capital has flowed into this market, more and more companies are beginning to look for ways to leverage and ultimately profit from the flood of available funding: not only by working with cryptocurrencies, but also in private instances of the underlying blockchain technology, where a cryptocurrency is not needed. As a result, blockchain-based opportunities are pouring into traditional markets and processes, in places most would not have expected just a few years ago. Here are a few examples:

The financial services industry may be the most obvious potential adopter of cryptocurrencies, as they gain legitimacy as uncorrelated, easily transferable financial assets, and may in the future become new mechanisms of value transfer and payment. Imagine a scenario where financial securities need to be denominated not just in dollars or euros, but in bitcoin or ether (the cryptocurrency native to Ethereum), and you can instantly grasp the radical change that may occur in the near future.  Governmental entities, such as central banks, are also expressing significant interest (or perhaps concern) over cryptocurrencies and blockchain technology, primarily due to the potential for impacting their monopoly over currency markets in general.

Many large firms have also been actively researching opportunities where private blockchains, without the required cryptocurrency, can be used in financial transaction processing to reduce costs or more efficiently manage data.  However, considering the extent of enormous legacy systems and processes, it is probable that the benefits of using the technology in this way have been overhyped, and they are far more niche than previously predicted.

Ultimately, we may have some level of modification to the existing technology as larger companies begin to assert their influence over development, and drive the technological changes they feel are necessary for more widespread adoption.

Real estate transactions in the US and major economies are typically not disrupted through government processes.  However, imagine the situation in emerging markets, where titles and ownership are sometimes in dispute, or even potentially corrupted.  Blockchains can help by enabling countries to have an incorruptible ledger of transactions in the public domain

Pharmaceutical companies need to have clarity at every point in their supply chain.  While companies try to establish fool-proof systems to ensure the right medicines are ultimately delivered to patients, the reality is that there is a flood of counterfeit drugs that often enter the market.   This is high stakes when considering life-threatening consequences for patients who do not receive the right medicines.

Blockchains could potentially offer drug companies a reliable tracking system for their products as they move through sourcing, manufacturing, packaging, and distribution.  Not only would this reduce the potential for errors, but it would counter the illicit drug trade and neutralize their effort to substitute fake products for real ones.  This would of course help with profitability, but more importantly, it would provide clear benefit for the end patient, which is an outcome everyone would applaud.

There are a growing number of potential applications for blockchains in many other areas as well. Virtually any function in a company where record-keeping is critical to effective management is a candidate for blockchain-based disruption. Anything from Supply Chain to Accounting and Finance could potentially find value in the stored blockchain ledger. Other functions that require shared documents or other information across multiple parties could benefit as well, such as Legal, M&A, and Treasury. Once the ideas begin to take hold and are implemented, the disruption will truly begin in earnest.

3. Service providers are beginning to build practices focused on blockchains

Numerous firms are clearly looking to capitalize on this opportunity, beyond just the increasing valuation of the currencies themselves. As blockchains become more widely understood, clients are looking for assistance in leveraging the new technology to gain competitive advantage. In fact, companies that do not learn to adopt and utilize this new technology are at risk of becoming the modern-day brick-and-mortar business equivalent before the internet. The future leaders of financial services are much more likely to utilize cryptocurrencies and blockchain technology than traditional ledger and clearinghouse technologies.

Service providers are beginning to see the size of the opportunity ahead, and are starting to build practices to enable clients to utilize blockchains. Since this technology is relatively new to most industries, the services being offered may not be widely known, but the value proposition will be significant. For example, software providers are developing Blockchain as a Service (“BaaS”) models, to enable companies to utilize this infrastructure without major capital investments. Other companies, such as SkuChain and PayStand, are offering specific functional applications. They offer solutions for utilizing blockchain technology in the supply chain, and billing and payment networks respectively. Still other companies are innovating in the area of identity management.

Beyond technical services, there are consulting and other service providers who are offering guidance and strategic support to develop creative blockchain implementation solutions. They offer the benefit of sharing insights from multiple companies and industries, enabling clients to gain leverage from their knowledge. However, CIOs should be aware that most consultants are just coming up to speed on these developments, and they should look for suppliers who have actually implemented solutions and delivered value as opposed to those who merely know the basics.

Lastly, the financial community itself is beginning to offer crypto-specific investment options, where investors can gain access to the currency market without having to buy or mine the currencies directly. Though they have been reluctant to embrace the paradigm shift, they are beginning to recognize this new technology as a game-changer, and one they need to leverage to prosper. As these options become more prevalent, the need to integrate blockchain-based transaction processing and reporting capabilities will become even more paramount to success.

IT leaders should be preparing for this impact and begin engaging market-leading service providers to see where blockchains may drive value within their own enterprises. Once blockchains gain enough momentum, those who the early adopters will have a clear advantage over those who aren’t, and the stakes could hardly be higher. We are likely in the very early stages of a major paradigm shift in not just the financial and currency markets, but across many other industries. Disruption is definitely coming, and those that embrace the challenge will dramatically increase their chances of being market leaders well into the future.

Cryptocurrencies are beginning to have a major impact on the capital markets, and blockchain technology is likely to impact a broad spectrum of industries. Disruption from cryptocurrencies, which once seemed like a distant and unlikely outcome, is becoming more and more likely. While government regulation may slow currencies from being utilized, blockchains will certainly continue to evolve, and companies will find even more ways to take advantage of this opportunity. Though returns will undoubtedly normalize, the capital being applied will generate innovation and applications that will revolutionize many industries far beyond the financial markets.

Although many of the currencies themselves may not survive, it seems more and more likely that some will not just survive, but truly disrupt many different industries. The choice for most will be difficult: adopt quickly, or be left behind. The companies that can successfully implement this game-changing technology are likely to have a huge advantage in the coming years, and there are now nascent service providers building practices to help. Every CIO should be preparing for this disruption, and should be looking for the right experts to help them capitalize on the opportunity.

Bill Miller is a seasoned technology executive and former CIO who has served in executive-level roles for the past 12 years. He is currently an Executive Director in the Transaction Advisory Services practice at Ernst and Young, where he is focused on leading the delivery of IT separation and integration services for clients going through a merger, acquisition or divestiture.

Prior to joining EY, Mr. Miller was the Chief Information Officer at Energy Maintenance Services, an oilfield services company based in Houston, where he had overall responsibility for all information technology functions, including applications, infrastructure, project management, and support. Bill also managed non-IT functions including treasury, HR, legal, and procurement, as the head of EMS Shared Services.

Mr. Miller was previously the Vice President of Application Development at Travel Guard-AIG, where he led a team of 113 personnel in the U.S., UK, India and the Philippines in the development and deployment of custom-built, global e-business applications. Prior to that, Mr. Miller was the Vice President of Enterprise Applications at Mylan Labs and spent 9 years at Deloitte providing management consulting service to clients in the life sciences, financial, manufacturing and services industries. His various consulting and industry roles have enabled him to lead and deliver projects in over 20 countries in North America, Europe, Asia and Australia.

Mr. Miller has been published multiple times in various technology-related magazines such as CIO Review, Energy CIO Insights, 1IT Enterprise and CXOUSA. He has also served twice as a panelist at CIO Synergy in Houston, offering thought leadership and insights with an audience of peer-level senior technology executives.

Mr. Miller holds a B.S. in Accounting from Lehigh University and has been a Certified Public Accountant with an active license since 1996. He resides in The Woodlands, Texas with his wife and three children.

The opinions expressed in this blog are those of William P. Miller and do not necessarily represent those of IDG Communications, Inc., its parent, subsidiary or affiliated companies.