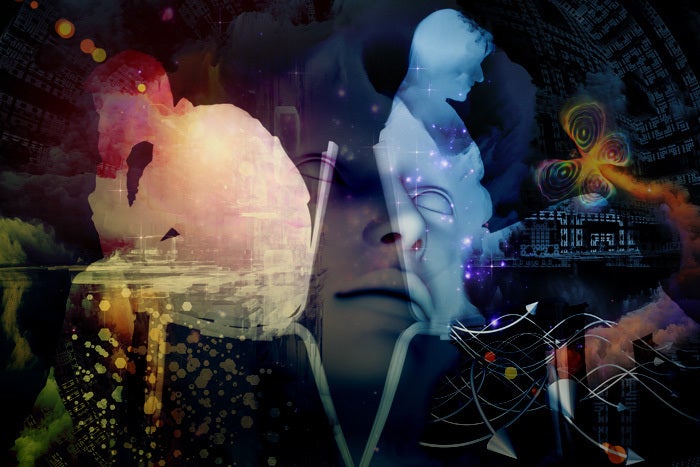 Did I miss anything? I am sure I did. However, I guess I provide a good list for your next round of artificial intelligence (AI) buzzword bingo.

Oh, one last thing – machine reasoning! If you’ve never heard about this term before, just read until the end and you will get its idea and importance for AI.

In 1955 Prof. John McCarthy already defined AI as the goal to develop machines that behave as though they were intelligent. However, according to a Forrester survey after 62 years, most enterprises worldwide are still in an early stage. Around 60 percent researches on AI including market, solutions, platforms, vendors, skills and techniques. Further, 39 percent are in the phase of identifying and designing AI capabilities they can deploy, and 36 percent are educating the business or building the business case. Only a fifth (19 percent) is testing AI capabilities in their own environment and 14 percent are already training their deployed AI system.

However, enterprises see lot of potential in AI and its technologies as part of a strategic benefit for their organization. Most of them (57 percent) believe that AI will improve the customer experience and support. However, the more interesting part is that 43 percent believe that AI provides them with the ability to disrupt their industry with new business models, products and services. Further 42 percent think, that AI allows them to develop new products and services. I can’t agree more on the last two results mentioned, since several customers of ours already have started their AI journey. In doing so, they have started building an AI-enabled Enterprise based on a semantic data graph and the data and knowledge they hold within their entire enterprise stack.

Artificial intelligence in a nutshell: about smart machines and teaching children

Following Prof. McCarthy’s AI definition above, we are talking about a vigorous system.

And it is our responsibility to share our knowledge with these machines as we would share it with our children, spouses or colleagues. This is the only way to transform these machines, made of hard- and software, into a status we would describe as “smart”, helping them to become more intelligent by learning on a daily basis, building the groundwork to create a self-learning system.

Defining these steps of the process, Turing discussed whether it would be more reasonable to program a child’s mind and subject the child’s mind to a period of education afterwards. He compared a child to a brand-new notebook and thought that it would be much easier to program because of its simplicity.

Machine learning in a nutshell: jump into your data lake – again and again

Machine learning (ML) is a discipline where a program or system can dynamically alter its behavior based on the ever-changing data. Therefore, the system has the ability to learn without being explicitly programmed. In doing so, algorithms enable systems to make data-driven decisions or predictions by building a model from sample inputs. A system then simply does not just memorize the samples but recognizes patterns and regularities within.

The goal of ML algorithms is to find specific patterns in (large) data sets. However, the supreme discipline is to find the right patterns in all related data sources since random patterns can be simply found everywhere. According to Crisp Research analyst Bjoern Boettcher the most common used algorithms right now are:

Once an algorithm has successfully identified a reasonable pattern, further algorithms respectively mathematic procedures can be used to create a new subset of data and identify new patterns. Thus, the entire system is optimizing the existing knowledge or “learning”. In general, four types of learning are distinguished:

Facebook’s News Feed is a good example for machine learning to personalize each member’s feed. Meaning, a member who frequently stops scrolling to read or like a certain post of a friend will see more of that friend’s activity.

So far, the biggest market of the AI universe seems to be machine learning. At Arago we easily have identified over 100 companies offering solutions and services, including cloud companies like Amazon Web Services, Microsoft Azure or Google. But also, smaller companies as well as start-ups are going to try their luck. Ergo, what has started as a blue ocean has quickly turned into a red ocean where the differentiation just turns out in minor parts respectively in the hidden algorithms implemented in the back-ends.

Bottom line, machine learning helps to identify patterns within data sets and thus tries to make predictions based on the existing data. However, most important is to check the plausibility and correctness of the results since you can always find something in endless sets of data. And that’s also one of the drawbacks if you consider machine learning as a single concept. Machine learning needs lots of sample data or data in general to learn and be able to find valuable information respectively results in patterns. A fact, Jerry Kaplan highlights as one crucial drawback saying that machine learning is not useful in situations where “[…] there’s no data, just some initial conditions, a bunch of constrains, and one shot to get it right.”

So, machine learning is basically like jumping into your data lake of endless waters again and again fishing for the next big catch.

Machine reasoning in a nutshell: teaching the machine with human experience

Kaplan describes reasoning systems as a concept that deconstructs “[…] tasks requiring expertise into two components: “knowledge base” – a collection of facts, rules and relationships about a specific domain of interest represented in symbolic form – and a general-purpose “inference engine” that described how to manipulate and combine these symbols.” As one of the biggest advantages of reasoning systems Kaplan states that based on facts and rules those kinds of systems can be modified more easily since new facts and knowledge are incorporated. In doing so, reasoning systems are taught by “knowledge engineers” who interview practitioners and “[…] incrementally incorporating their expertise into computer programs […]”. This structure makes it also much more convenient to explain the reasoning to the system.

How does a sophisticated machine reasoning system look like today?

Talking reasoning systems today, the abilities and thus requirements differ from the ones described by Bottou and Kaplan above. Today, an AI technology based on a sophisticated machine reasoning system has the characteristics to empower a system

The ontology can be explained by how children learn a language. They do learn by listening and then being taught sentences in school together with the right grammar. The ontology is taught by people. People define things for the ontology that should define a common language. And thus, the machine can work with that language.

To achieve the three steps above, a today’s sophisticated machine reasoning system is built on four pillars:

Best of both worlds: machine reasoning optimized by machine learning

So, after all, why is machine learning just a fancy plugin that helps you to get results out of tons of data but also lets you jump into it again and again?

With machine learning you will never be able to adapt to change, which is what every company is looking for. Because change equals innovation! Thus, we consider machine learning as a mathematic optimization technique, which is fully optional. Talking about a decision-making process, everything works correctly without machine learning. Thus, the machine will find a solution on its own. Machine learning can be used to make the way to the solution shorter or more efficient by applying or selecting better knowledge. That’s what machine learning is used for.

In our case, machine learning classifies the atomic knowledge pieces in the situation of a certain problem and prioritizes and chooses the better suited pieces to provide the best solution. Thus, machine learning helps to select the best knowledge to a specific state of a problem.

Thus, machine learning as well as deep learning never tells you what, when, where and why a system has solved a problem or has done the decision the way it did. The technologies and algorithms behind are like a black box and you will never get the reason, just a result.

Of course, you must identify which approach fits best for your specific situation. Or in Jerry Kaplan’s words “[…] if you have to stare at a problem and think about it, a symbolic reasoning approach is probably more appropriate. If you look at lots of examples or play around with the issues to get a “feel” for It, machine learning is likely to be more effective.”

By the way, if you want to read probably the best book on artificial intelligence on the market right now, get Jerry Kaplan’s “Artificial Intelligence: What everyone needs to know.”