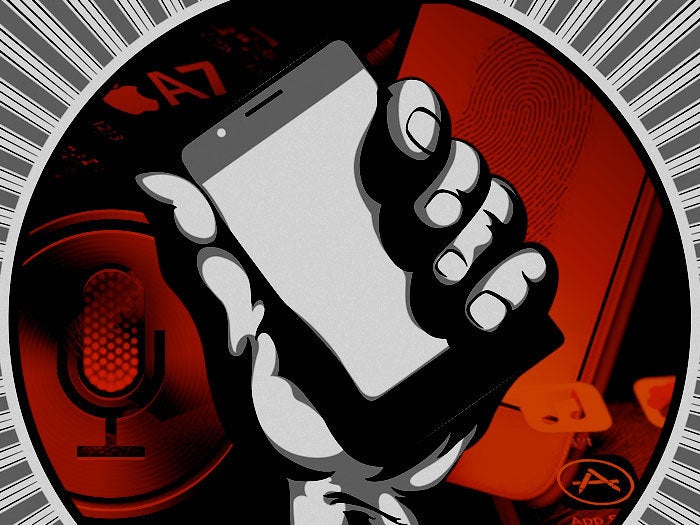 “We’re starting a new project. It’s so secret, I can’t even tell you what that new project is. I cannot tell you who you will work for. What I can tell you is if you choose to accept this role, you’re going to work harder than you ever have in your entire life. You’re going to have to give up nights and weekends probably for a couple years as we make this product.” —Scott Forstall, head of the iPhone software division

I received many requests to analyze not only notorious project failures, but also recognize and scrutinize those projects that were successful. In this occasion, I selected what I now claim to be the best (commercial) project in history, the purple project, i.e. the creation of the iPhone.

Since its debut in 2007 the iPhone has become both a cultural and economic phenomenon, replacing Blackberry and Nokia as the most ubiquitous smart phone and turning up-side down the entire market. A daunting task for a company with no previous significant experience in the mobile industry!

“There are very few products that have boosted the financials of a company in the way that the iPhone has for Apple,” says Ian Fogg, head of mobile at research firm IHS.

Like most Apple success stories, the iPhone can trace its roots back to Steve Jobs. Shortly after the first iPod was released in 2002, Jobs began thinking about an Apple phone and in 2005 he personally negotiated a partnership with mobile network AT&T, then known as Cingular, to develop the product, but it never worked out. In fact, there were as many as five different phone or phone-related initiatives — from tiny research endeavours to a flop partnership with Motorola on the ROKR phone, by some termed as the first iTunes phone — bubbling up at Apple by the middle of the 2000s.

What is remarkable is the fact that Apple didn’t launch a full-blown project to develop the first concepts of the iPhone. The ideation phase was kept low profile, with limited investments and small teams. Many organizations have the habit of launching a full-scale project for every idea they generate, creating a huge number of projects which most of the times end up on a dead-end road wasting precious company resources.

Project sponsor:  engaged, dedicated, driving, inspiring…what else can you ask for?

Several members of the Apple executive team tried to convince Jobs that producing a phone was a great idea. But Steve was sceptical and reject it many times. Linked to the previous point, Jobs attitude shows how an executive sponsor should behave: being a powerful source of inspiration, a fierce curator of good ideas, yet not afraid of rejecting the bad or half-baked ones.

Not only in the approval of the project did he a top of the class job, but also throughout the entire project he was fully engaged to it, dedicating approximately 40% of his time to supervise and lead the teams. Besides during M&A work, I have hardly ever seen such a committed and engaged project sponsor.

If you are an executive and you want to carry out strategic initiatives or transform your business successfully, take note of these two invaluable lessons from Steve Jobs from the iPhone project:

According to one estimate, Apple spent $150m developing the iPhone. That $150m surely ranks the Purple project as one of the best investments ever.

From the information available, I was not able to find any reliable predictions, nor cost benefit analysis, about the potential sales Apple was expecting from the iPhone. The numbers were huge according to the gut feeling of several executives, yet nobody was expecting that the iPhone would change Apple’s business so profoundly.

Time: the power of a stretched and inflexible finish line – a frantic race to meet an impossible go-live date

The iPhone project was officially launched at the end of 2004. More precisely, it was on the late night of November 7, 2004, after receiving an email from vice president Michael Bell, explaining why they really should make the phone, that Steve Jobs said: “Okay, I think we should go do it“.

On June 29, 2007, at the annual Macworld trade show, the first iPhone was released. That is exactly just 2 years and a half to produce a revolutionary phone, the first smart phone, by a company that had not produced phones before, just insane.

The last months of the project, as the Macworld approached, it became a frantic race to get the iPhone ready for launch. Dinners were missed, kids were not tucked in properly, and family plans were disrupted, especially over the holidays. And for what? “Sorry, that’s classified” is not considered a satisfactory answer in many households when Mom or Dad misses the school play or the big wedding anniversary dinner.

The purple project is a great example of the power of committing to a fixed end or launch date, the pressure it creates on the team, it makes everyone 100% focus on the project, making them go the extra mile.

Human resources: the most talented team ever, the best of the best, with full-time dedication, and the project became their life

The project team was probably one of the most talented group of individuals in history. The best engineers, the best programmers, the best designers …were selected to join the team.  And not part time, one or half day a week, like most of companies do. The chosen people were fully discharged from all their duties and were assigned full time to the project.

Scott Forstall, head of the iPhone software division, explains that Jobs told him, “You can have anyone in the company into your team.”

But no only the technicians, Steve Jobs decided to put the best leadership team too, starting with Jony Ive, the designer of the iPod and MacBook, making him in charge of the look of the handset.

“It was clear that a lot of the best engineers from the best teams had been slurped over to this mysterious team,” says Evan Doll, who was then a software engineer at Apple.

And their lives would never be the same — at least, not for the next two and a half years. Not only would they be working overtime to hammer together the most influential piece of consumer technology of their generation, but they’d be doing little else. Their personal lives would disappear, and they wouldn’t be able to talk about what they were working on.

One of Apple’s greatest strengths is that it makes its technology look and feel easy to use. There was nothing easy about making the iPhone, though its inventors say the process was often exhilarating.

Steve wanted to see a demo of everything. Designers would often create mock-ups of a single design element – such as a button on the iPhone – up to 50 times until it met the astral quality standards.

At several points throughout the project, when things were not going so great and the quality of the iPhone was not reached, Steve Jobs gave the team an ultimatum: “two weeks to show progress with the operating system, or have the project assigned to another group”. And everybody knew that he was not kidding.

Communication: fiercely secret outside, fluid within the project

One of the typical Apple characteristics of the Purple project was that it was immediately deemed top secret, an absolute top-to-bottom secrecy, in line with its legendary ferocity in safeguarding new product announcements. The project touched nearly every department within Apple itself, and all the third parties involved in developing the iPhone, including Cingular, Google, Yahoo and Foxconn.

Apple does make it clear to employees and business partners that they will be dismissed and possibly prosecuted for leaking company secrets. Not even cleaning personal had access to the project room.

For all these reasons, and all the best practices that were applied, we can consider the iPhone project to be the best commercial project in history.