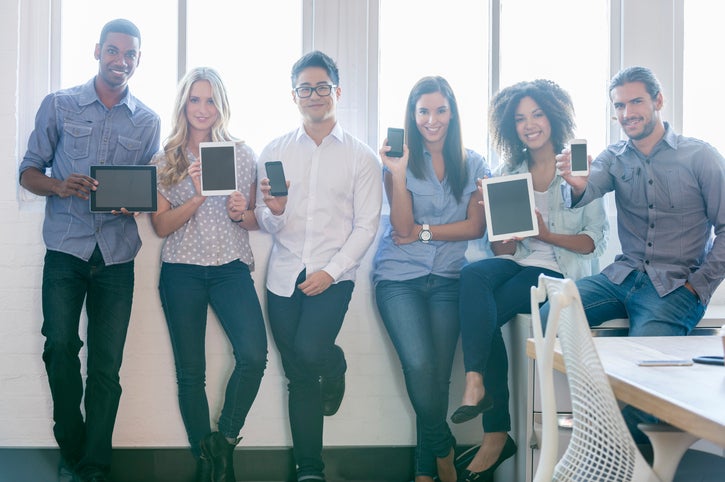 The business world is swirling with transformation: With everything from the as-a-service economy to robots, virtual assistants, cognitive computing and machine learning, every company sees jobs changing, skillsets shifting and the pace of change picking up speed.

A variety of statistics cited in KPMG’s report, Global Business Services: Disrupt or be Disrupted, make this evolution crystal-clear, particularly in the employment space: Cognitive abilities are required as part of core skill set for half of all jobs by 2020. One in three jobs will be converted to software, robots and smart machines by 2025. The rise of robots will lead to a net loss of over 5 million jobs in 15 major developed and emerging economies by 2020.

Not surprisingly, the potential impact is on global business services (shared services and outsourcing enabled operating models) is considerable, with significant advancement in disruptive technologies such as robotic and cognitive automation impacting administrative functions over the past 18-24 months. “These shifts are impacting the way Global Business Services (GBS) leaders need to think about their business services and is fundamentally changing the way enterprises are configuring their business services functions,” says Anshul Varma, a managing director in KPMG’s Shared Services and Outsourcing Advisory practice.

Demands for these changes are coming from different directions: On the one hand, the C-suite is demanding certain business results from the GBS organization — including accelerated speed to implement initiatives; capability to support business growth; and better quality of operations. At the same time, disruptive technologies are forcing GBS organizations to change in order to remain viable.

“What’s happening is that the C-Suite is seeing these technologies in the marketplace, while GBS executives are also seeing options through conferences, consortiums and industry thought leadership (such as insights center workshops), so everyone is intrigued by the idea of what’s being implemented by market leaders and what advances are around the corner and bringing that agenda to the table,” says Michael Petrena, Director of Shared Services & Outsourcing at KPMG. “Also, everyone’s looking for cost savings and these are some of the latest ways to bring incremental savings to the GBS operating model.”

As a result, GBS leaders are responding with a new set of imperatives going forward. According to the “State of Operations and Outsourcing 2017,” by HfS Research in conjunction with KPMG, GBS leaders see three of these C-suite directives as mission-critical:

In working with clients, KPMG has found that to meet these imperatives, GBS organizations are boosting investment in disruptive technologies such as intelligent automation of processes through robotic and cognitive automation, customer-centric digital enablement, analytics solutions and SaaS platforms that replace on-premise solutions.

Intelligent Automation, in the form of robotics and cognitive automation, however, has been one of the biggest, fast-adopting surprises taking the back office to the next level: “Intelligent Automation is one of the big examples — it’s not just leading-edge companies exploring this,” says Petrena. “The interest is vast, even with some less mature GBS organizations — one of the ideas is they can leapfrog some of more traditional approaches to increasing GBS maturity.” Savings opportunities are so high, he adds, that change is coming quickly with clients asking about it and then investing and delivering. “It’s ‘almost’ living up to the hype,” he says.

Two or three years ago, the robotics and cognitive machine learning of Intelligent Automation was probably only in the middle of the range of priorities, adds Varma. “But just in the last 18 months, many of the top enterprise customers have been trying these out, piloting them, doing proof of concept work and, now, scaling — because they have seen such significant results. Most of our clients have gone beyond proofs of concept, and are now looking at ways to scale and deploy digital labor across the enterprise”

In Part 2 of this series, the discussion with Varma and Petrena will continue, with a deep dive into how digital enables GBS organizations to develop new “muscle” — moving far beyond existing capabilities towards GBS excellence.