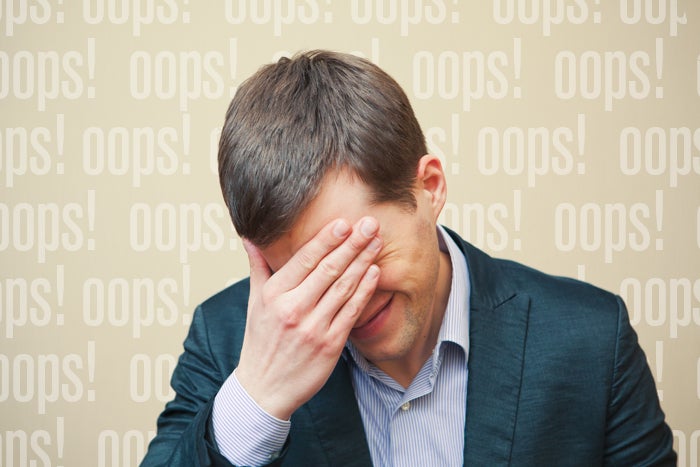 America’s largest tech companies face a growing backlash over the potentially negative impacts of their strategic decisions and innovations. For example, companies like Apple, Facebook, Google and Microsoft are investing in artificial intelligence (AI) technologies and product roadmaps that will replace millions of jobs during the coming years. Experts in marketing, technology and social awareness say it’s time for technology providers to assume greater responsibility for the personal pain that comes along with the collective gain.

Emerging technology is at almost perpetual odds with the status quo, but U.S. society is coming to realize that dynamic can lead to job losses, unfair treatment of social services and a stain on civic engagement. The power and influence that some tech companies command is being reevaluated in light of the myriad ways people are being disenfranchised in some way by their actions.

“Ignorance is bliss until it’s not,” says Brian Solis, principal analyst at Altimeter Group. “Technology companies that do not assess the impact of their work are prioritizing shareholders and stakeholders over consequences.” A profit-above-all-else mindset creates distrust among users and can quickly erode usage, and companies that do not acknowledge or accept responsibility for their involvement risk abandonment, according to Solis.

“Innovation is at the heart of what tech companies do and it’s not an evil thing in and of itself,” says Adam Kleinberg, CEO of advertising agency Traction. Innovation has long played a “dual role in replacing human labor and in creating new opportunities for jobs to be created. The problem we face today is that innovation is happening so fast and reshaping entire industries overnight that the negative externalities can be like flash floods.”

Today’s tech entrepreneurs don’t have any less empathy than their predecessors, but “the rate of change has raised the need for greater empathy,” Kleinberg says. “Given the rapid disruption tech companies can create, there is a need for them to be mindful and take steps to mitigate the harm the platforms they provide can create.”

Doug Schumacher, co-founder and president of Zuum, a social media content strategy tool, says large consumer-facing companies need to assume responsibility because they can also effect the most positive change. “The tech industry should be concerned because it’s prone to rapid change,” he says. Intense negativity could quickly upend even the most high-flying companies like Facebook, according to Schumacher.

“They need to treat it like a branding problem, because that’s what it could become,” he says. “Oil companies take strides to go green. Food producers have rolled out healthier products. So there’s a road map, and hopefully it will involve actions as well as words.”

Solis says empathy is one of the key ingredients in the future of business relationships with users, and as with any form of progress, change starts with accepting the reality of the problem at hand. “That takes sincere and transparent communication in the moment of truth and following it,” he says. “Companies must also get to the root of the problem to solve it and publicize the effort and results.”

While some controversies are almost unavoidable, the way tech companies react to widescale problems is a strong indication of how the company views its role and responsibility in the world. For example, when Airbnb was informed some of its hosts were discriminating against people based on their race, age or gender, the company instituted a nondiscrimination pledge and required all of its hosts to uphold fundamental rights and decency protected under the law. The move was a “shining example of positive social responsibility” from a tech company, according to Kleinberg.

“Contrast that with Uber getting busted for running unmanned vehicle tests in San Francisco without a permit, and getting caught on video running red lights,” he says. “That just smacks of an arrogant disregard for the public that they serve.”

Brands, like people, are living in a fully transparent world and need to realize their behaviors are on public display, according to Kleinberg. “The solution is not to stop innovating,” he says. “Progress is going to happen and if your company doesn’t innovate, your competitor’s will. But companies should worry about damage they create and take steps to reverse the tide.”

President Donald Trump has shown how important job displacement is to American industry, but long-term solutions to this problem are in short supply at various levels of business and political leadership, according to Kleinberg. “Will it really make a difference if companies build factories in the United States, if those factories are run by robots a few years down the road?”

Kleinberg also criticizes Amazon for not charging customers sales tax for many years, and exploiting an unfair competitive advantage over local businesses that are required to contribute taxes to pay for emergency responders, schools and other infrastructure. “A few years ago it was still possible to overlook that impact, but in 2016 holiday ecommerce sales exceeded $100 billion,” he says.

If the first step is admitting there’s a problem, tech companies need to prove it by accepting responsibility, displaying empathy and participating in public forums that address these negative outcomes, according to Schumacher. However, jobs that are being replaced by technological innovation is a major societal challenge that has to be addressed at the highest levels, he says. “As long as companies compete for profits — and robots, AI and automation increase profitability — there’s going to be friction.”

Moreover, according to Kleinberg, the giants of technology need to move corporate social responsibility beyond feel-good activities and make it core to the foundation of their businesses.