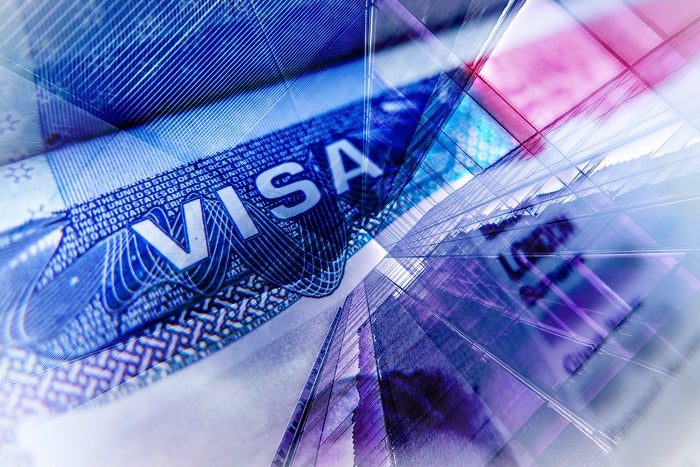 While new U.S. President Donald Trump’s recent proclamations related to immigration have centered on his plans for a Mexican border wall and bans on Syrian refugees, the IT outsourcing industry is anticipating details on his strategy for reforming the H-1B visa program.

Trump railed against the shifting of U.S. jobs overseas during his campaign and called for raising the minimum salary for H-1B holders to $100,000 per year, from the current threshold of $60,000 per year.

A purported draft of an executive order recently published called for an investigation into the impact of such nonimmigrant visa programs on American workers and directed the Department of Homeland Security to “consider ways to make the process for allocating H-1B visas more efficient and ensure that beneficiaries of the program are the best and the brightest.

A new bill was also announced last week by U.S. Senators Chuck Grassley (R-Iowa) and Sen. Dick Durbin (D-Ill.) that “explicitly prohibits” the replacement of American workers by visa holders and give foreign students who graduate from U.S. schools priority in obtaining H-1Bs.

Over the last two weeks, India’s top IT outsourcing providers have acknowledged the uncertainty around potential changes the H-1B program, which they use to transfer employees to work at client sites in the U.S., and said that they are prepared for the impact.

Natarajan Chandrasekaran, CEO of India’s largest IT services firm Tata Consultancy Services, said the company began taking steps more than a year ago that will help it operate in a “visa-constrained regime.”  TCS had applied for around 14,000 visas in 2015, but only 2,000 in 2016, Chandrasekaran noted.

The chief executive of number two Infosys, which earns about 60 percent of revenues from U.S. clients, acknowledged in a press conference two weeks ago that there were likely changes coming to the H-1B program but said he was not “overly concerned” because the company had already increased local hiring. “This is something that I have been focusing on since I started,” said CEO Vishal Sikka, himself a U.S. citizen. “So, we are absolutely committed to creating U.S. jobs, similarly in Australia, in Europe and other geographies where we operate in… Regardless of visa policy, the right thing to do for innovation is to have a lot of rich local talent.” Likewise, HCL Technologies CEO C. Vijayakumar told reporters this week that the company has already been increasing campus and entry-level hiring in the U.S. to support future growth.

Wipro CEO Abidali Z. Neemuchwala told a reporter at the World Economic Forum in Davos, Switzerland, last week that potential changes to U.S. skilled temporary worker visas are just one challenge the Indian IT industry is facing. Indeed, the offshore IT services market is being disrupted by smaller and shorter deals, cloud computing options, increased automation, and intense competition. Similarly, Tech Mahindra vice chairman Vineet Nayyar said in a television interview that adapting to automation would be a bigger challenge for outsourcing providers than dealing with the new American political administration. Both executives said they were confident in the resilience of the Indian IT services industry. Regarding any forthcoming limits on temporary skill worker visas, Wipro’s CEO said it was partnering with U.S. schools and recruiting more local workers, and Nayeer noted that less than five percent of Tech Mahindra’s workforce required H-1B visas.

Given the continued lack of clarity on changes to the H-1B program, the muted response of India’s IT leaders makes sense. “Everyone wants to avoid the attention of the new administration, and their stance reflects this,” says Peter Bendor-Samuel, CEO of outsourcing consultancy and analyst firm Everest Group. “This includes companies like IBM and Accenture which stand to benefit from the changes, but the being seen to utilize this might cause reputational damage in their client base and also make them a target for the administration. “

The likely impact of H-1B caps, restrictions, or increased fees will be an increase in landed labor costs for IT service providers. Everest Group estimates that onshore costs for H-1B dependent firms could surge as much as a 20 percent if the Senate bill proposed by Grassley and Durbin becomes the basis of visa reform. “The net effect of these changes will not dramatically change the offshoring equation,” says Bendor-Samuel. “However, they will further level the playing field between Indian heritage and [U.S.-based] multinational providers.”

To offset the prospective profit margin hits, Indian service providers will need to accelerate their adoption of robotic process automation, DevOps, and other emerging tools and processes, Bendor-Samuel adds. “The hope is that the efficiencies derived from these investments in productivity will offset the increased cost.”