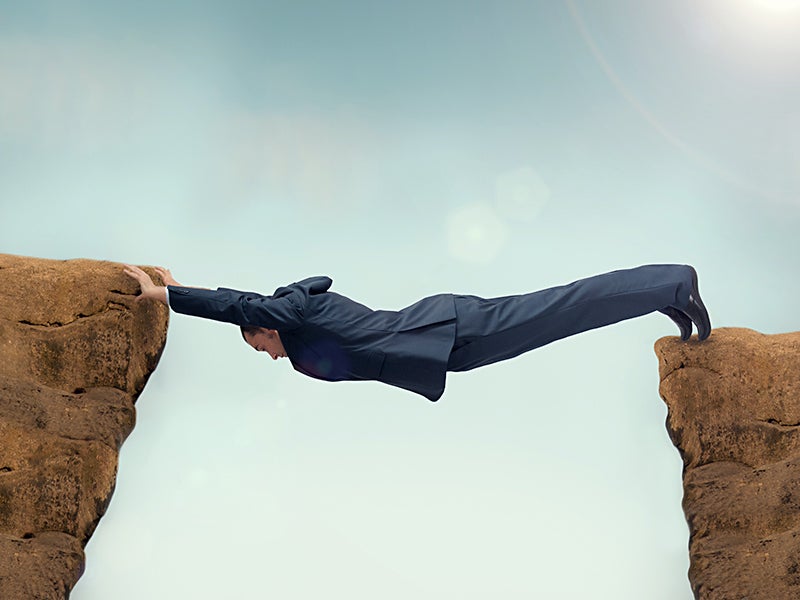 In light of its increasingly prominent and strategic role, IT continues to remain in control of technology budgets. One-third of the CIOs responding to CIO.com’s 2017 State of the CIO survey said IT controls 71 percent or more of their organizations’ technology budgets.

Nevertheless, other groups increasingly command their own technology budgets. For example, 40 percent of respondents said operations had its own tech budget, and 38 percent said marketing did.

Across industries, IT’s role in purchases of marketing technologies is declining. That’s certainly the case at Haggar, where the chief digital officer has ownership of the company’s online operation and web presence — and all the marketing systems that go with them. Nonetheless, “there’s still a partnership between us,” says David Walsh, vice president of technology at the menswear company. “We get the right plumbing to feed them information and help them put it together from an infrastructure perspective.”

Plenty of work to do

To get a better handle on how business colleagues view IT and the CIO role, CIO.com asked 200 line-of-business (LOB) managers the same questions we posed to IT executives in the 2017 State of the CIO survey. A look at the results of our separate surveys of IT and business leaders suggests that while IT helps steer other departments’ technology decisions, there is still plenty of work to be done on IT-business relationship-building, and the two groups often have different views on IT’s role and its strengths and weaknesses.

CIOs and business leaders also have different views of IT’s role in other initiatives. For example, 64 percent of the CIOs surveyed said IT is actively involved in recommending technology solutions when IT and a business unit collaborate on a project. However, only 27 percent of the business executives said IT recommends technologies to support business initiatives.

A version of CIO.com’s 2017 State of the CIO Survey was conducted among line-of-business (LOB) managers in the U.S. This survey was fielded online between Sept. 22 and Sept. 24, 2016. To be considered qualified, respondents had to identify themselves as employed in a director or higher role in an executive or non-IT business function.

Results are based on 200 qualified responses. The margin of error on a sample size of 200 is +/- 6.9 percentage points. Percentages on single-select questions may not add up to 100 due to rounding.

The Commercial and Residential Solutions group of Emerson Electric is dealing with the fallout of a lingering IT-business disconnect, a situation revealed to CIO Todd Finders about 18 months after he initiated a survey to get business feedback on IT. “The business didn’t view us as strategic. They didn’t feel we were being innovative, and we weren’t doing as much as they needed us to do,” he says. “It’s an ongoing challenge: As we continue to do more, they want more, but we have limited resources.”

To address the problem, Finders has assigned IT people to work in business units, making them available to listen to problems and identify needs. Many of the 2017 State of the CIO respondents said they’re taking similar steps — but again, there’s a discrepancy between what IT thinks it’s doing and what business leaders see being accomplished.

At Merchants Fleet Management, a provider of vehicle fleets and related services, IT has taken steps that have made a real difference in bolstering IT-business alignment, says CIO Ken Kauppila. The relationship used to be “caustic,” he says, but changes such as opening up dialogue and forming an IT steering committee made up of business managers and the CEO have dramatically improved the dynamic.

“One measure of a successful IT organization is when you get invited to the party,” he says. “In the past, when customers came in, IT was never invited in. Today, I am invited every time and I’m now asked to go on customer visits to talk about technology.”