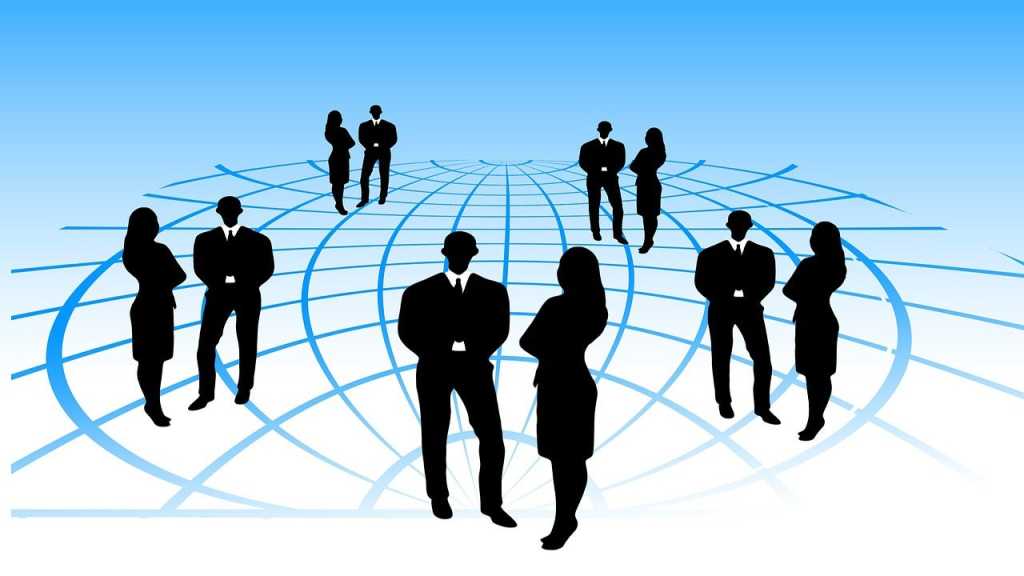 Slack’s full-page ad in the New York Times welcomed Microsoft Teams to the enterprise chat market in somewhat patronizing tones. Clearly, the messaging company thought that market was its to lose. But a new Spiceworks survey of IT pros at 450 companies across EMEA and North America shows a different reality.

That Spiceworks survey shows that the most popular business chat app isn’t Slack but Skype for Business, the veteran unified communications tool. And far from displacing it, Slack looks likely to lose out to both Skype for Business and Microsoft Teams, and maybe even Google Hangouts (although it’s not clear what effect Google’s plans to drop the APIs that let third-party tools work with Hangouts will have on enterprise adoption).

Email is still the main collaboration tool for the companies in the survey; only two percent don’t use it. But 42 percent use collaborative chat tools like Slack, Google Hangouts and Skype for Business, and that goes up to 53 percent if you look only at businesses with more than 500 employees. A full 50 percent of those businesses use Skype for Business, with Slack (at 14 percent) more popular than Google Hangouts (11 percent).

Slack’s full-page ad in the New York Times welcomed Microsoft Teams to the enterprise chat market in somewhat patronizing tones. Clearly, the messaging company thought that market was its to lose. But a new Spiceworks survey of IT pros at 450 companies across EMEA and North America shows a different reality.

That Spiceworks survey shows that the most popular business chat app isn’t Slack but Skype for Business, the veteran unified communications tool. And far from displacing it, Slack looks likely to lose out to both Skype for Business and Microsoft Teams, and maybe even Google Hangouts (although it’s not clear what effect Google’s plans to drop the APIs that let third-party tools work with Hangouts will have on enterprise adoption).

Email is still the main collaboration tool for the companies in the survey; only two percent don’t use it. But 42 percent use collaborative chat tools like Slack, Google Hangouts and Skype for Business, and that goes up to 53 percent if you look only at businesses with more than 500 employees. A full 50 percent of those businesses use Skype for Business, with Slack (at 14 percent) more popular than Google Hangouts (11 percent).

Those larger businesses are also more likely to use enterprise social networks like Yammer; 29 percent, compared to less than 13 percent of smaller companies. And the larger businesses are picking up Teams quickly; seven percent of enterprises in the survey are using Teams already, another nine percent will use it within in a year and another 11 percent in one to two years.

Slack’s figures are similar for all sizes of business, and so are plans to adopt it in organizations that don’t yet use it; only an additional two percent expect to start using Slack within the next 12 months, and another two percent in the year after that.

The figures add up to a promising future for Teams, suggests Spiceworks analyst Peter Tai. “Although only three percent of organizations use Microsoft Teams today, an additional 17 percent of organizations plan to adopt it within the next two years. If these plans hold true, Microsoft Teams will be the second most commonly used messaging platform in the workplace by the end of 2018, surpassing Slack and Google Hangouts, and coming in behind only Skype for Business.”

Microsoft said in a blog post yesterday that 30,000 organizations across 145 different markets using 19 different languages have used Teams in the last month.

The interest in Teams reflected in the Spiceworks survey matches what app tracking service Apptopia is seeing. Although far fewer people have downloaded the apps for Teams than for Slack, those who have downloaded Teams use it almost as often as Slack users. Based on app ranking and usage patterns, Apptopia believes just over 11 percent of Slack apps are used daily, and almost nine percent of Teams apps are used daily – not bad for such a new a tool.

The survey numbers may not tell the whole story because they represent official IT plans. Both Slack and Teams can be adopted informally, by teams and business divisions; there’s a free version of Slack and Teams is part of Office 365, which has more than 85 million active commercial users. Only one-third of IT pros believe employees are using ‘unapproved’ chat applications; a full half say that doesn’t happen — which seems unlikely.

And IT pros and users don’t necessarily have the same opinions about which are the best services. IT pros in the survey give Skype for Business high marks for its security, manageability and reliability, while giving it lower marks for innovation and user friendliness, especially compared to Slack and Google Hangouts — and they don’t score Teams highly in any of those areas.

Half of IT pros surveyed think collaborative chat apps are important for business success and only 22 percent dismiss them as a distraction — and many see them as both cheaper and easier to support than email.

Concerns about the security and compliance of chat apps — something Microsoft is emphasizing with Teams — aren’t common; only one-third of the IT pros surveyed think chat apps are a security risk that’s hard to manage or that they put corporate data at risk. But nearly two-thirds believe sensitive information should never be shared in group chat. “They aren’t overly concerned about the risks as long as their employees use chat services wisely,” suggests Tai.

Forrester analyst TJ Keitt cautions that while you can group Skype for Business and Google Hangouts with Slack, HipChat and Teams under the broad banner of collaborative chat, they’re not all the same. “Chat has many meanings to many different people; the folks at Slack would not classify Skype in the same ballpark as what they’re trying to do. The concept of team messaging is wholly distinct from the idea of activity streaming, which is wholly distinct from instant messaging and persistent chat.”

The confusion isn’t unusual, even among the options available from Microsoft alone, especially since Skype for Business lets you chat as well as make video calls, and Teams has group video calls as well as chat, and Yammer offers chat too. “There is definitely a lack of clarity where people should be using these different things,” says Keitt. “With similar interfaces and common constructs like hashtagging, there probably still isn’t a clear delineation in the minds of people.”

Google Hangouts is different again, in both focus and appeal. “Google Hangouts has never been a strong play for unified communications,” says Keitt, pointing out that Google has always turned to partners for the PBX replacement side.

“They have a story around point-to-point video and audio and instant messaging with Hangouts, but I don’t see companies making decisions between Hangouts and Cisco or Microsoft. They’re not doing the same things; the value proposition isn’t the same; they’re not attempting to do the same thing Microsoft or even Cisco are trying to do. It’s not an apples-to-apples comparison.” And he notes that while Google “wants to make Google+ an increasingly important part of G Suite,” they also have a tie up with Slack that lets IT pros provision Slack from the Google admin console, so they may not see the need to add Slack-like features.

[ Review: Microsoft Teams tries to do Slack one better ]

Keitt says he’s not hearing much interest in Facebook at Work from businesses, which matches the low adoption figures and planned adoption in the Spiceworks survey. “My general feeling is that they’re probably late to the market; we were talking about Facebook for the enterprise as an idea in 2008, and we’ve seen two waves of standalone social providers come and go since then.”

“The impetus isn’t a component part like Teams but usually comes from the need to do something about the email environment. It could be they’re reaching end of life on their email solution; it could be that they’re at a point where they need to make a decision about a contract; or they could be in a position where they feel they no longer want to manage email on premise themselves for a number of reasons, from cost to capability.”

The breadth of services in Office 365 also appeals to a lot of companies, he finds. “They understand that there’s Exchange, there’s SharePoint and a bunch of other things included like Skype for Business, Delve, Microsoft Graph, so Teams becomes one more element of this.” And just as social networks with activity streams have been acquired by larger players — like Microsoft buying Yammer and VMware picking up Socialcast — he believes team chat is “a feature that can easily be subsumed by a larger platform.”

While Teams isn’t likely to be the reason many businesses adopt Office 365, the fact that it’s included in the subscription could tempt those who already pay for the service to drop Slack if they’re paying for the premium service.

“The thing to remember with Office 365 is it has in excess of 80 million users; it’s used by a large percentage of the Fortune 500,” notes Keitt. “Teams is available to those users in numerous countries and languages, which gives Microsoft a step up on a lot of competitors.”

Teams may also be appealing to businesses that use the free version of Slack because of the limitations of the free service; in particular, older items are archived and can only be accessed by upgrading to the paid version. Teams benefits from the archive and compliance environment of Office 365. And even though it doesn’t yet match the full set of Slack features, the fact that it has threaded chat is very popular with users.

Matthieu Varagnat, founder of Smooz.io, a collaboration tool for working across both Slack and Teams chats, says that while he has encountered only a few organizations considering the move from Slack to Teams, “[he’s] seen more people testing Teams coming from either using Skype or not using messaging software at all.”

“I’m seeing early adopters get very excited,” says Office 365 MVP Darrell Webster, who tried Teams early on when his company BitTitan was an alpha tester. “What Teams does very well is it’s a layer that brings together the best-of-breed features in Office 365, especially SharePoint. It’s very easy to go to one place and have a chat, have a document, work on the document together — and underneath it all are dependable services like SharePoint. The feedback is it just makes things so much easier because it’s all in that one wrapper.”

Being part of Office 365 also means businesses don’t have to try and move all their communications to one tool. “Teams doesn’t replace Skype for Business,” Webster notes; you do still need both. “For phone calls and meetings with external people, you still need Skype for Business. Teams is more about high velocity conversations within a team; it’s not so much about bringing in external contacts yet.”

“Where some companies struggle is there’s still the need for email too; you can’t just kick that out of the door and say ‘we’re only going to use Teams now’ because the world still communicates on email.”